Whenever you watch a movie or TV show that features Rio de Janeiro, Brazil, 9 times out of 10 you’re greeted with a shot of the iconic statue of Christ the Redeemer. But you wouldn’t have guessed that the creation of this statue took about a decade of construction and negotiation!

The Christ the Redeemer statue sits 700 meters above the city’s beaches and favelas on Corcovado mountain. Its creation was inspired by the bolstering Christianity of Brazil when the country was becoming a republic near the end of the 19th century.

Christ the Redeemer circa 1930. 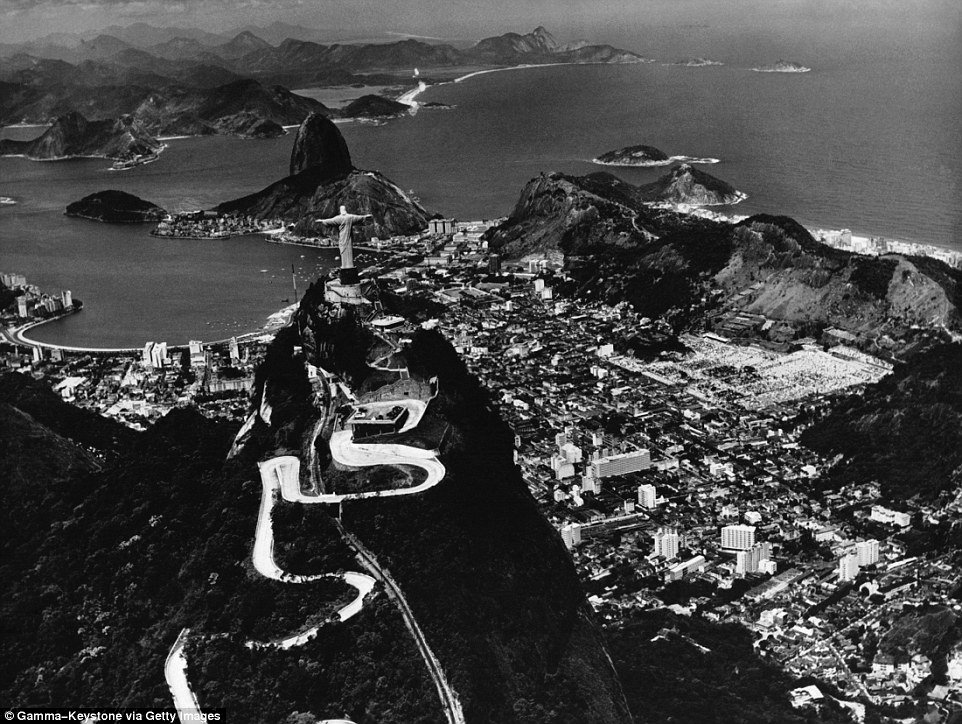 This 38 meter-high statue started out as a concept in the 1850s from a team of artists, engineers, and architects from all over the world until construction began in the 1920s.

The statue of Christ the Redeemer watching over the city from the mountain of Corcovado. 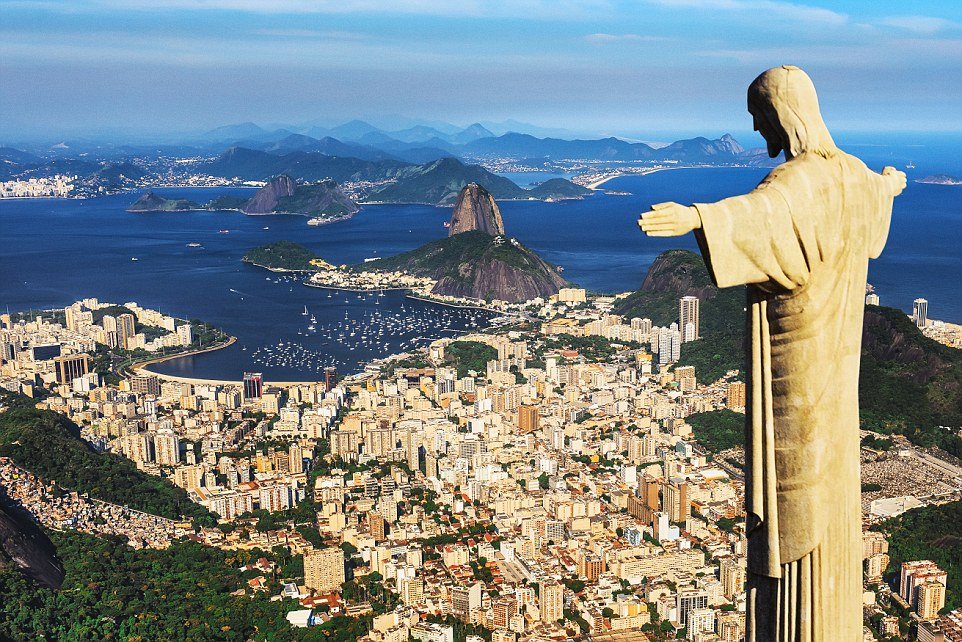 Back in the 1850s, a local priest suggested placing a Christian monument on Corocovado. However, funding for the project was refused by Brazilian Princess Isabel, and the idea was scrapped until the end of World War I.

A group of Brazilians, including the Roman Catholic archdiocese of Rio de Janeiro, feared the lack of religion in daily Brazilian life after the separation of church and state in the new republic, and thus wanted a bold statement in the name of Christianity.

The face of Christ under construction, and the hand of the statue. 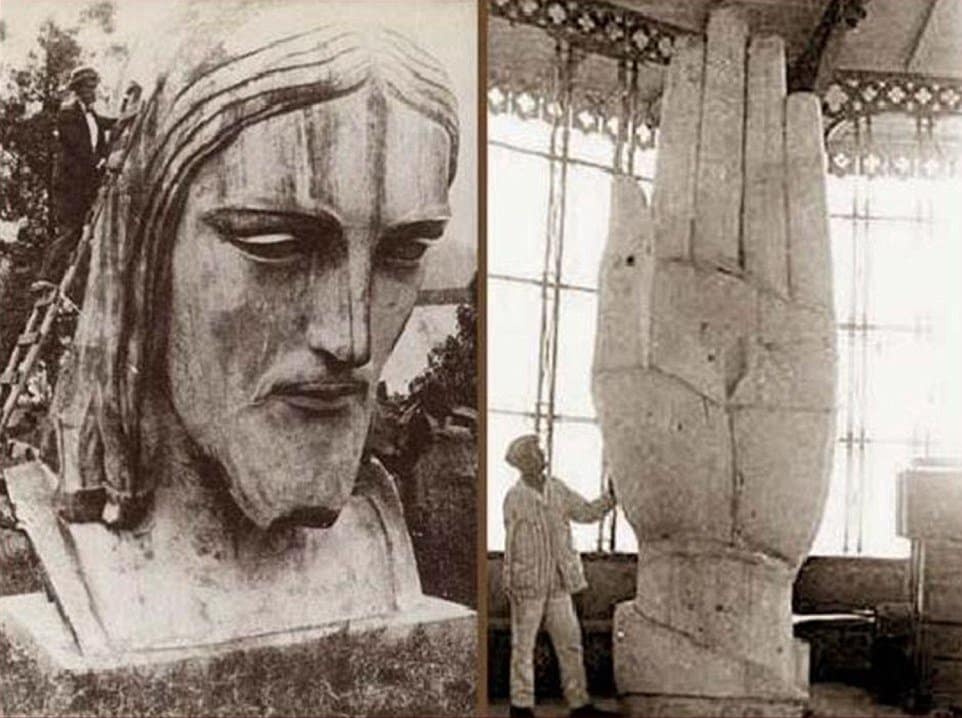 The Archdiocese of Rio de Janeiro reportedly proposed in 1921 that a statue of Christ be built atop Corcovado, because of the mountain’s towering height and ability to be seen from vantage points around the city.

Brazilian architect Heitor da Silva Costa won the design competition in 1922 (the same year the foundation stone was laid), and he imagined that the statue must face the rising sun.

Heitor da Silva Costa and his scale model of the statue. 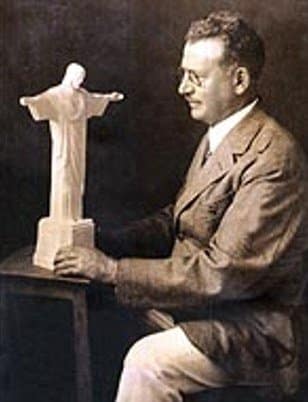 “The statue of the divine savior shall be the first image to emerge from the obscurity in which the earth is plunged and to receive the salute of the star of the day which, after surrounding it with its radiant luminosity, shall build at sunset around its head a halo fit for the Man-God,” he said, according to the BBC. 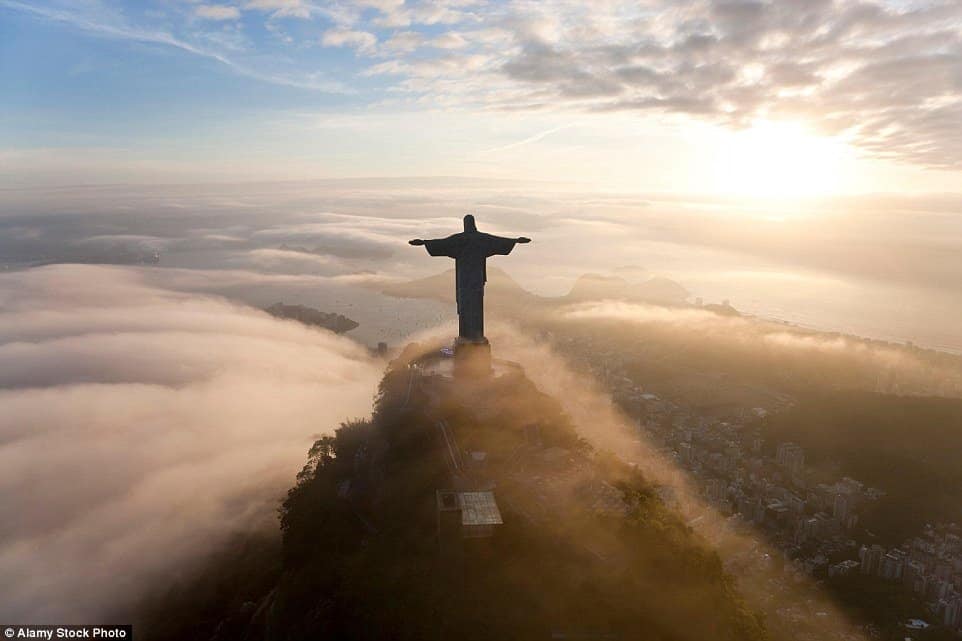 After almost ten years, countless artistic dilemmas, and the help of numerous designers and artists from all over the world such as Carlos Oswald, Albert Caquot, and Paul Landowski, the statue of Christ the Redeemer was slowly constructed. The statue finally opened in October 12, 1931. 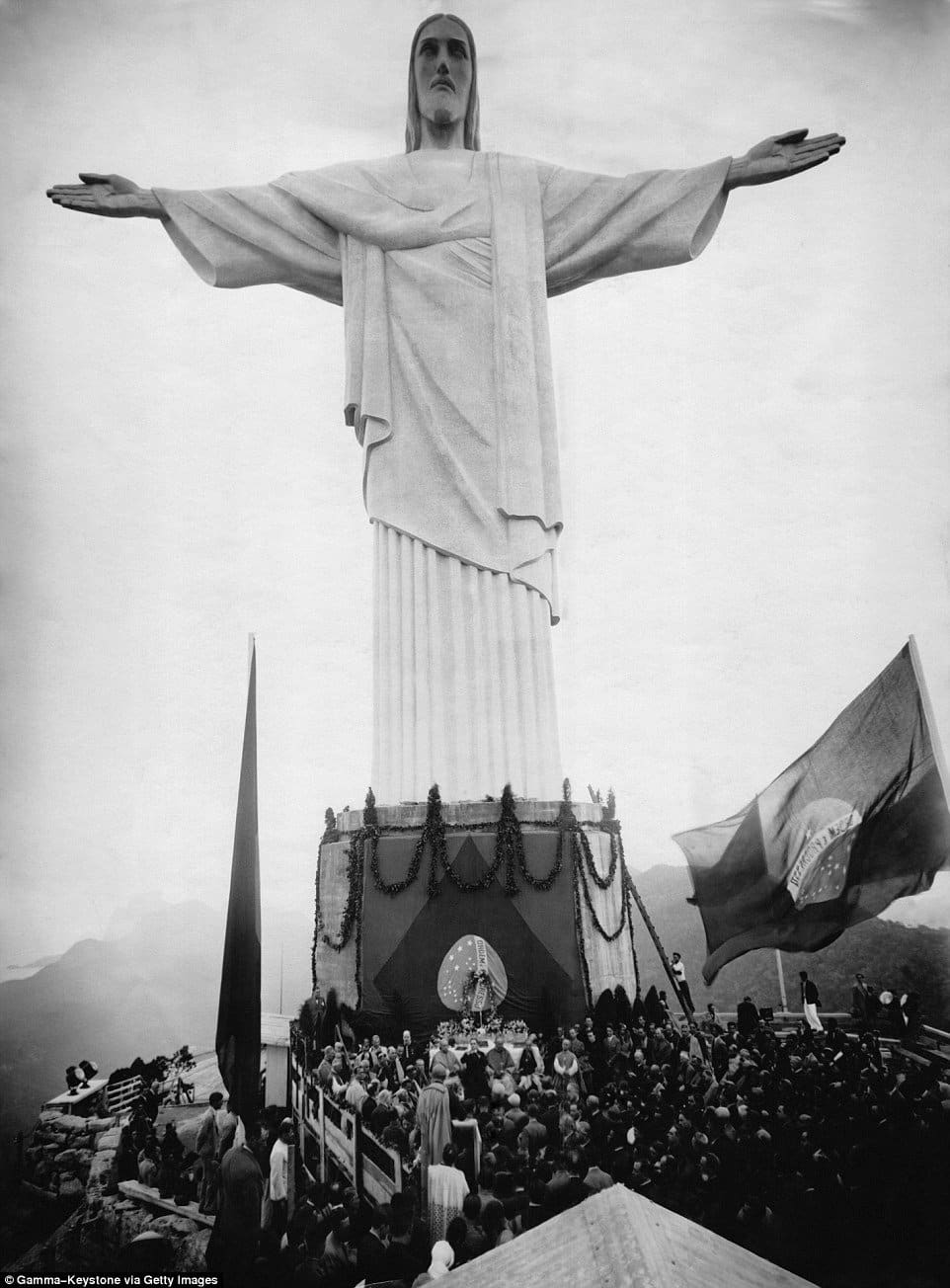 Now the statue is considered one of the Seven Wonders of the World, alongside far older and larger structures like the Great Wall of China and the Roman Colosseum. And it’s regularly visited by celebrities and tourists from all over the world.

The statue surrounded by scaffoldings for a cleaning operation in 2010. 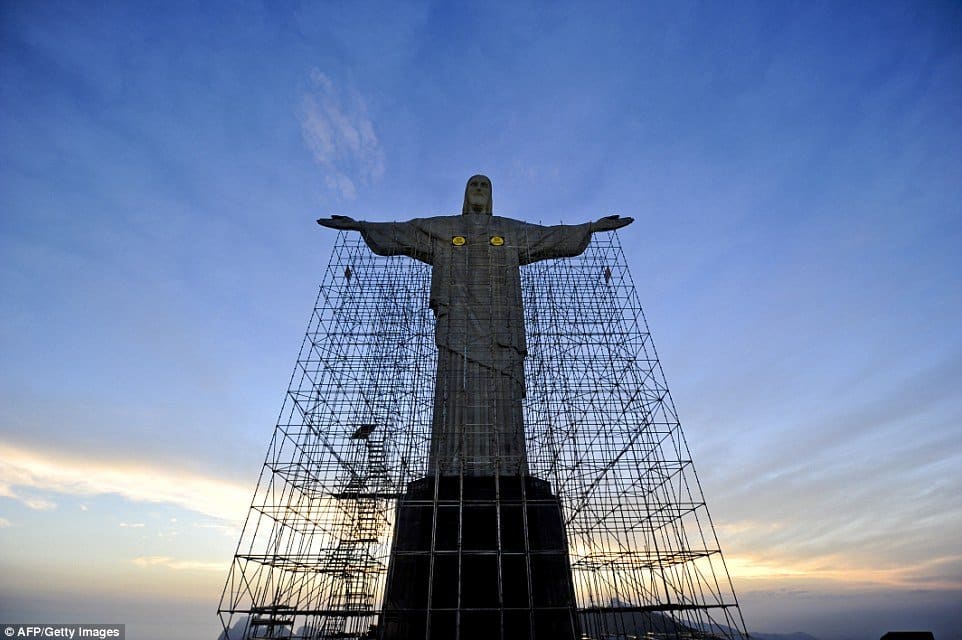 Lighting strikes the statue in 2016. 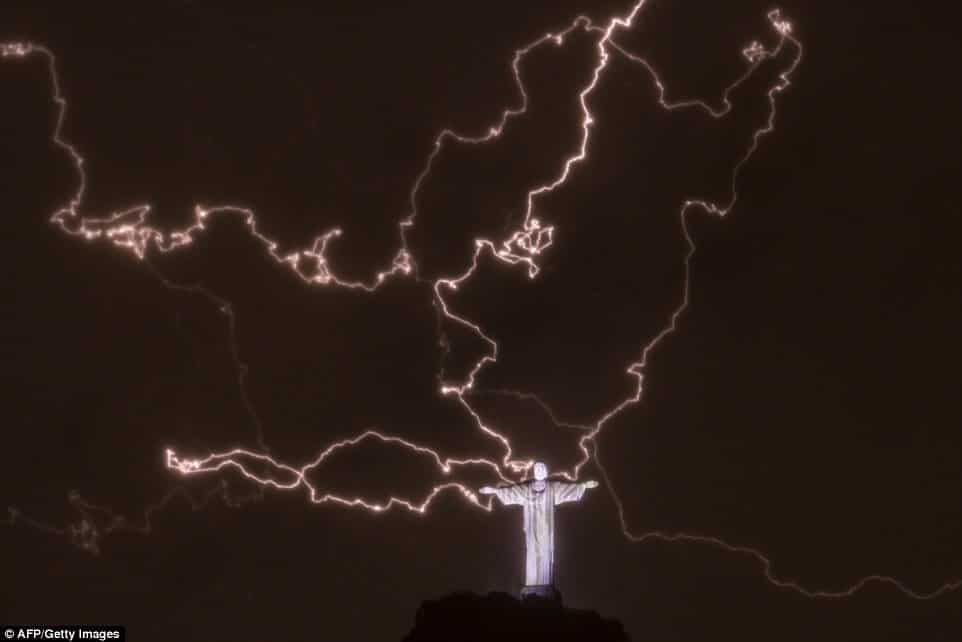 A supermoon illuminating the silhouette of the statue. 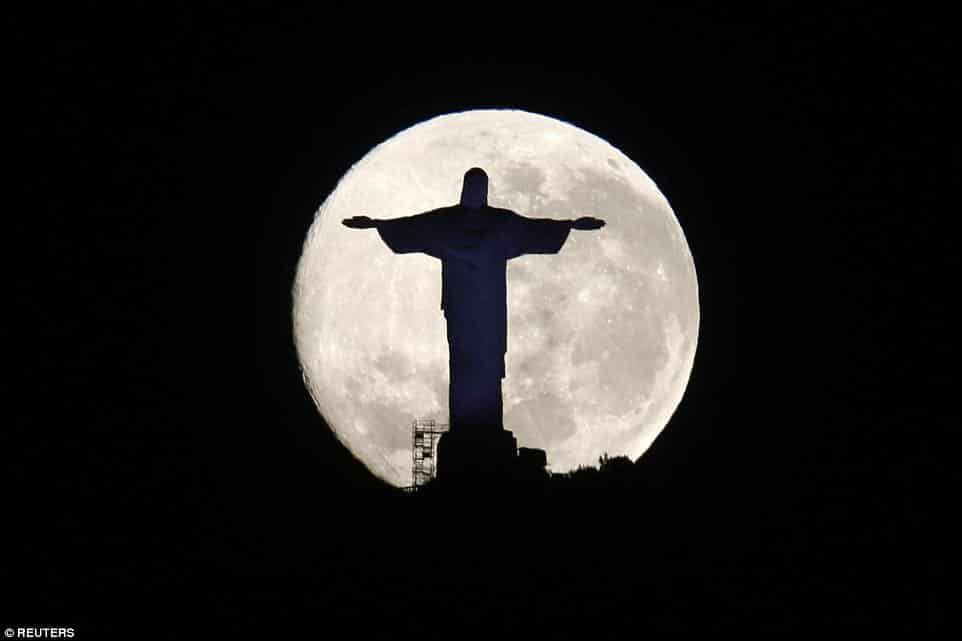 Daredevil photographer Thiago Correa takes a selfie atop the statue. 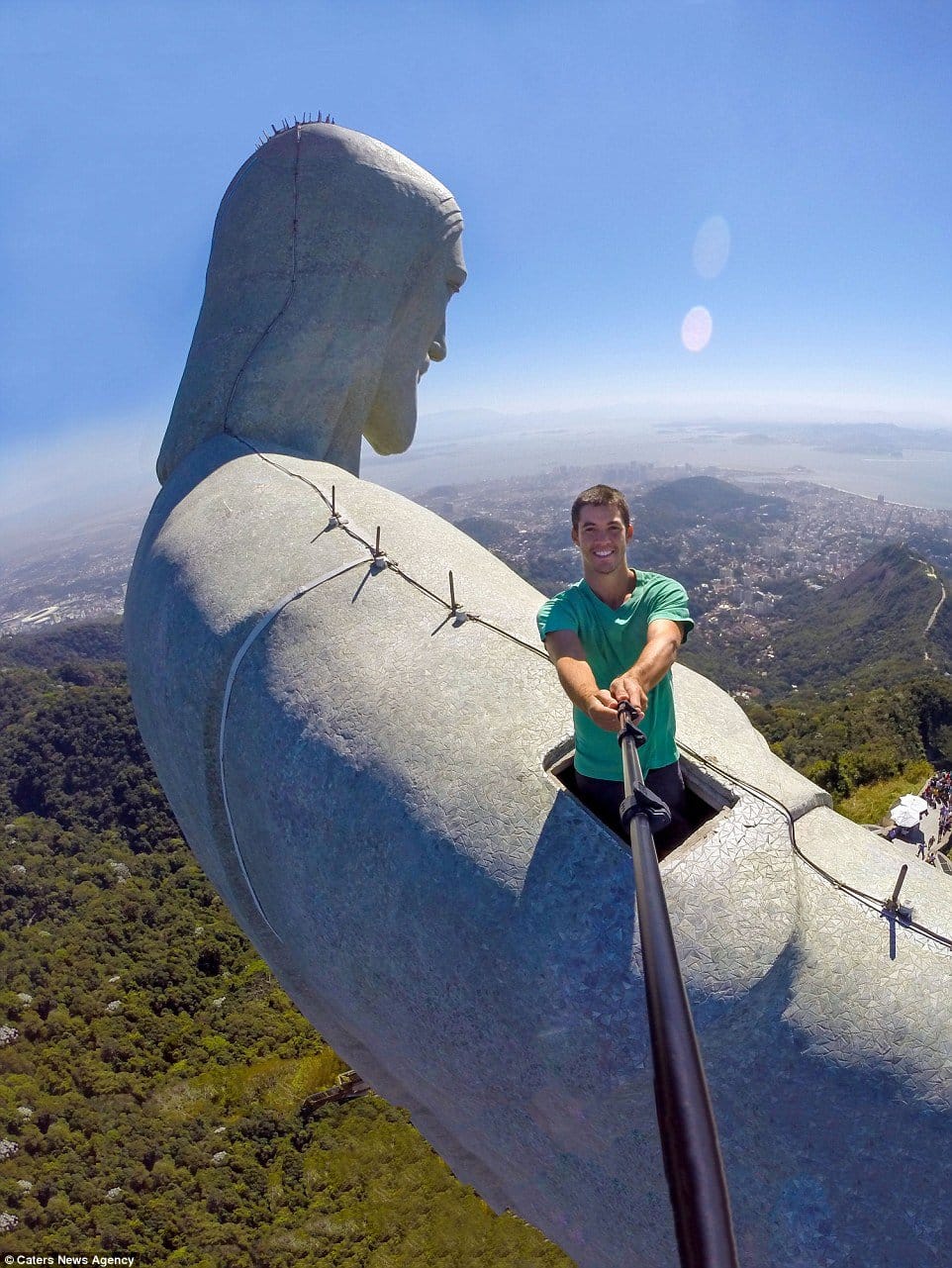 Princess Diana pays a visit to Christ the Redeemer. 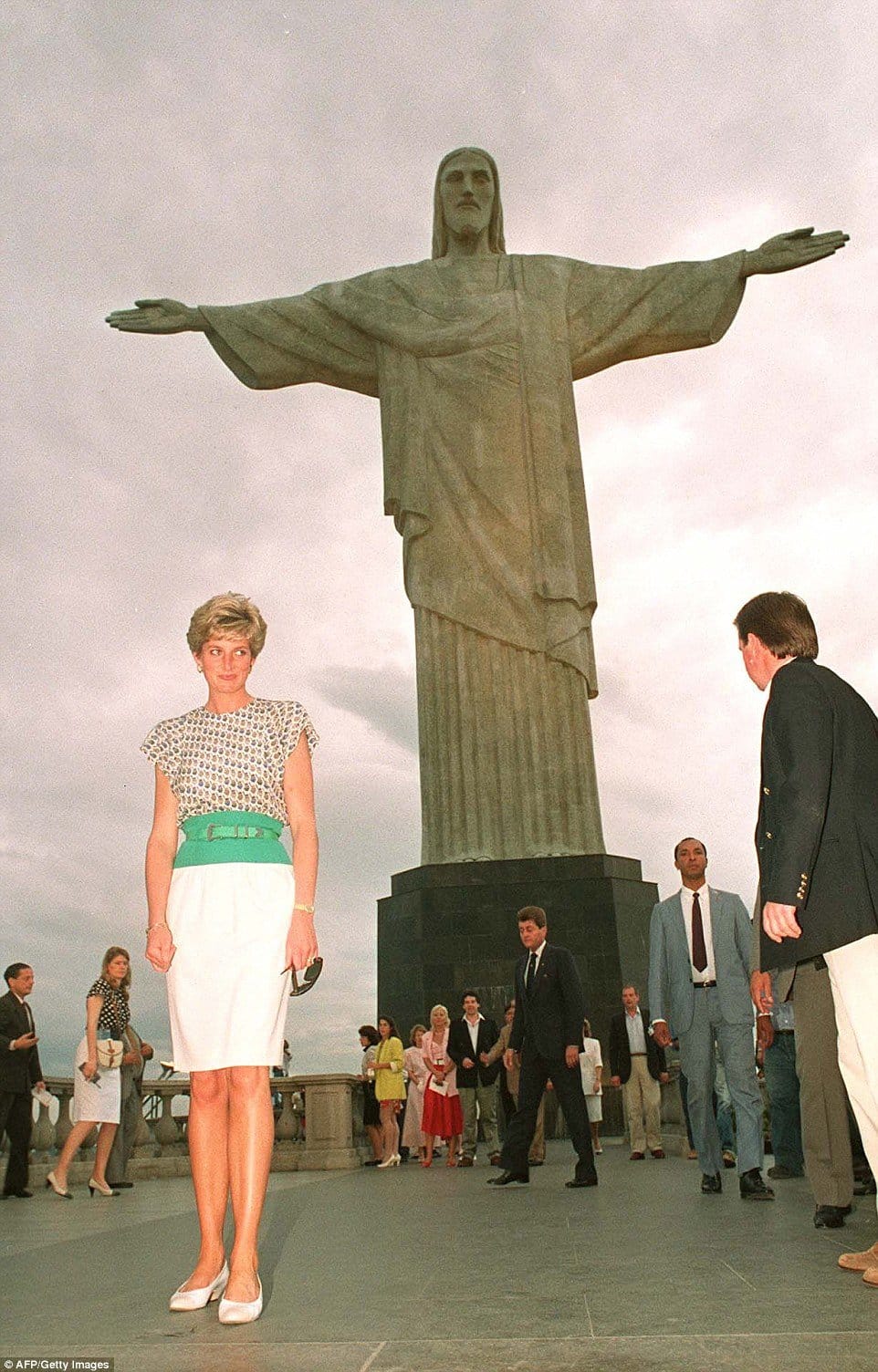 Athletes compete in the women’s marathon in the Rio Olympics as the statue stands in the background. 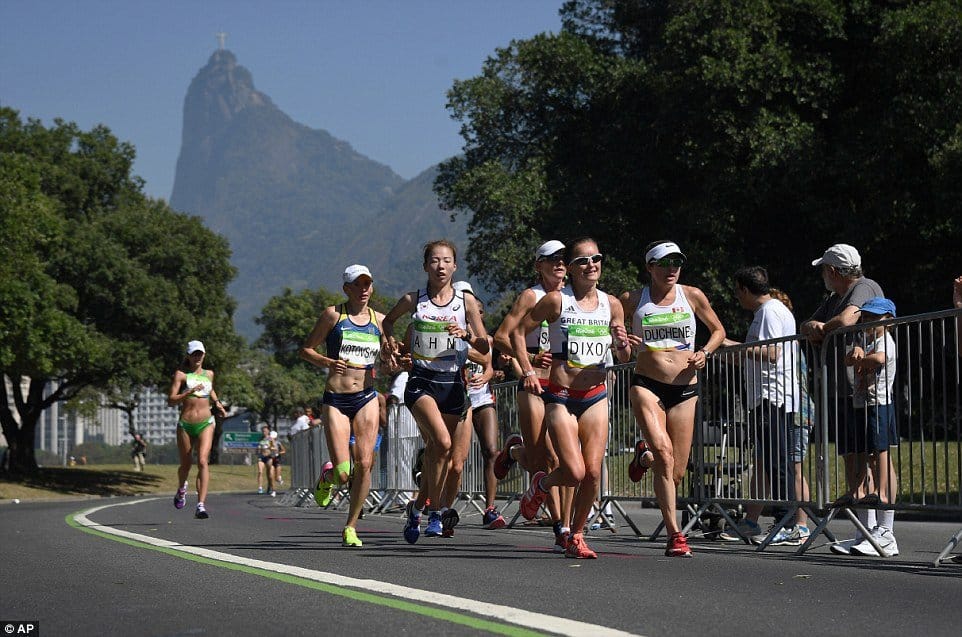