Five years after the Fukushima nuclear meltdown in Japan, followed by the magnitude 9 earthquake and devastating tsunami that killed over 15,800 people, the coastal town of Ishinomaki is still plagued by the loss.

Years after the disaster, the souls of its deceased residents are still roaming the streets, going about their everyday business as if unable to tell they’ve left their corporeal selves behind.

In fact, several taxi drivers in the area have reported taking on what they eventually realized were ghost passengers who seem to not have realized they’d left the land of the living. 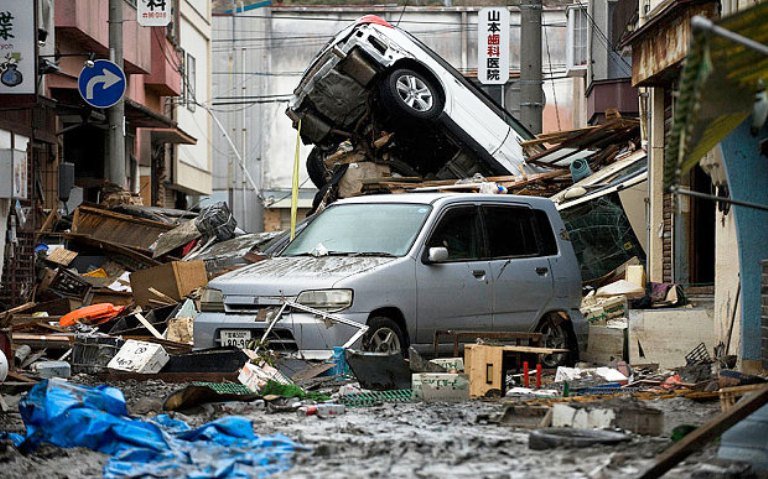 Some seven cab drivers have already witnessed these phantom fares, who’ve gotten into their vehicles along the tsunami zone, where in 2011, a 130-foot wave battered the Japanese coast, drowning a confirmed 3,100 people, with 2,770 still confirmed as missing.

Ishinomaki has since began rebuilding, and cabs have flocked to the newly restored residential and commercial areas, only to find what they believed to be genuinely alive passengers, were actually ghosts.

One cabbie reported picking up a woman at the Ishinomaki Station who directed him to take her to the Minamihama district.

Driving through a ghost town. 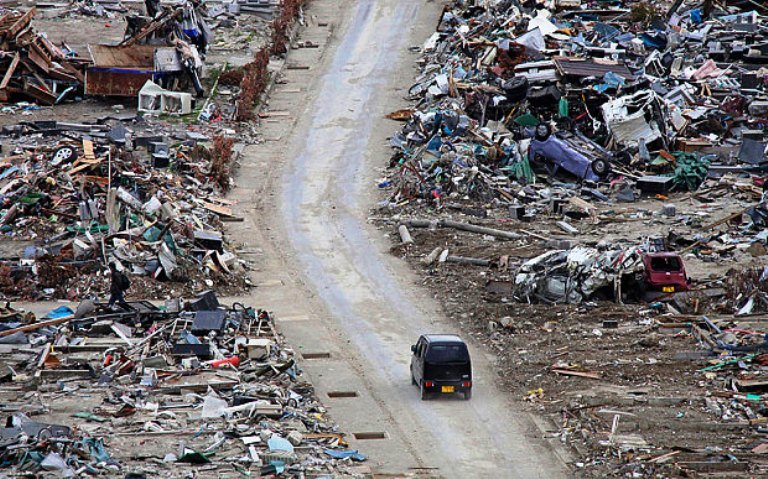 The cab driver informed his fare the district had been wiped out during the disaster, to which she replied, “Have I died?”

He looked back incredulously at her reply only to find the seat empty.

Another driver reports picking up a young man and driving to a location he specified, only to find no one in his taxi when he got there.

The extent of the destruction. 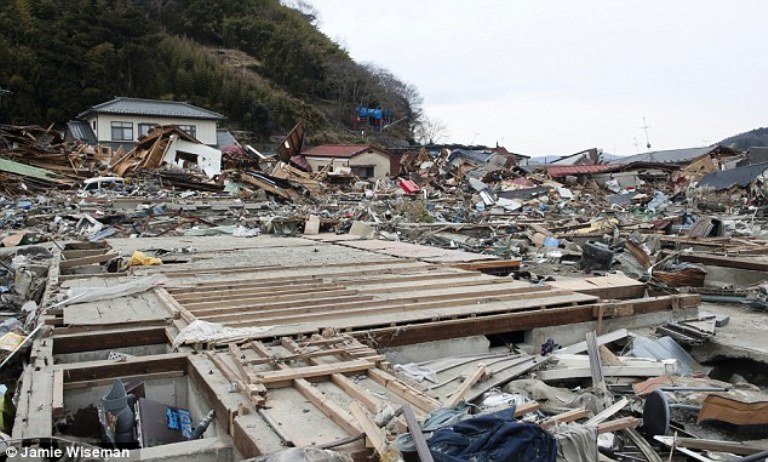 A majority of the taxi drivers say the passengers were young people, and a popular theory surrounding the phenomenon surmises the young disaster victims remain bitter about their untimely demise, and are using taxis as a medium to voice their displeasure.

A study conducted at the Tohoku Gakuin University in Sendai, which interviewed these drivers said it could possibly be a symptom of “PTSD” (post-traumatic stress disorder”), where someone who has witnessed horrific accidents and seen people die, including family and friends, are likely to experience seeing “ghosts.” 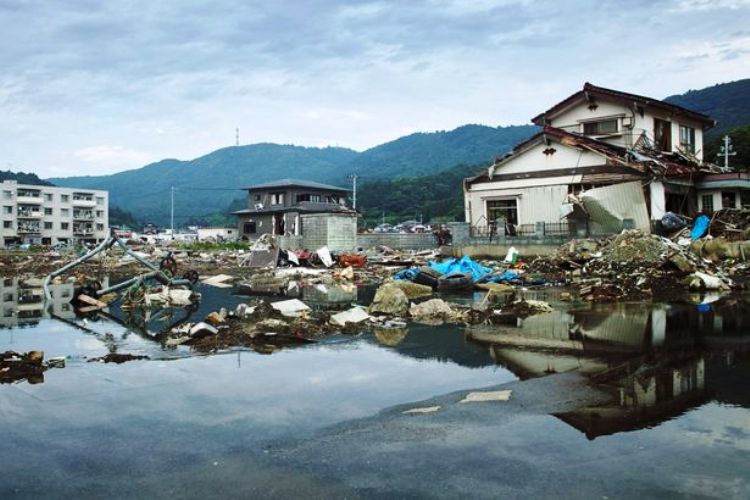 The phenomenon isn’t prevalent among taxi drivers alone. Some Ishinomaki residents have also reported seeing people they used to know when they were alive lining up at supermarkets or walking in neighborhoods that were hardest hit by the earthquake and tsunami.

Others have seen headless ghosts, and phantoms with missing body parts.

According to the Tohoku Gakuin University study, it may take a quite while for the people of Ishinomaki, who still relive the terror of the tsunami, before they stop seeing the mental projection of the disaster that swept through their lives in March 2011.

H/T: The Telegraph and Daily Mail