Parents in Tbilisi, Georgia lined up to have their children blessed at the Orthodox Holy Trinity Cathedral. Patriarch Ilya II personally administered the said ceremony. In fact, he even came up with the idea of having a mass baptism to stimulate the country’s low birth rate, saying he would personally baptize every third child in every family.

A video of the ‘acrobatic child baptism’ was later uploaded online by EuroNews and it has since sparked mixed reactions from netizens across the world. 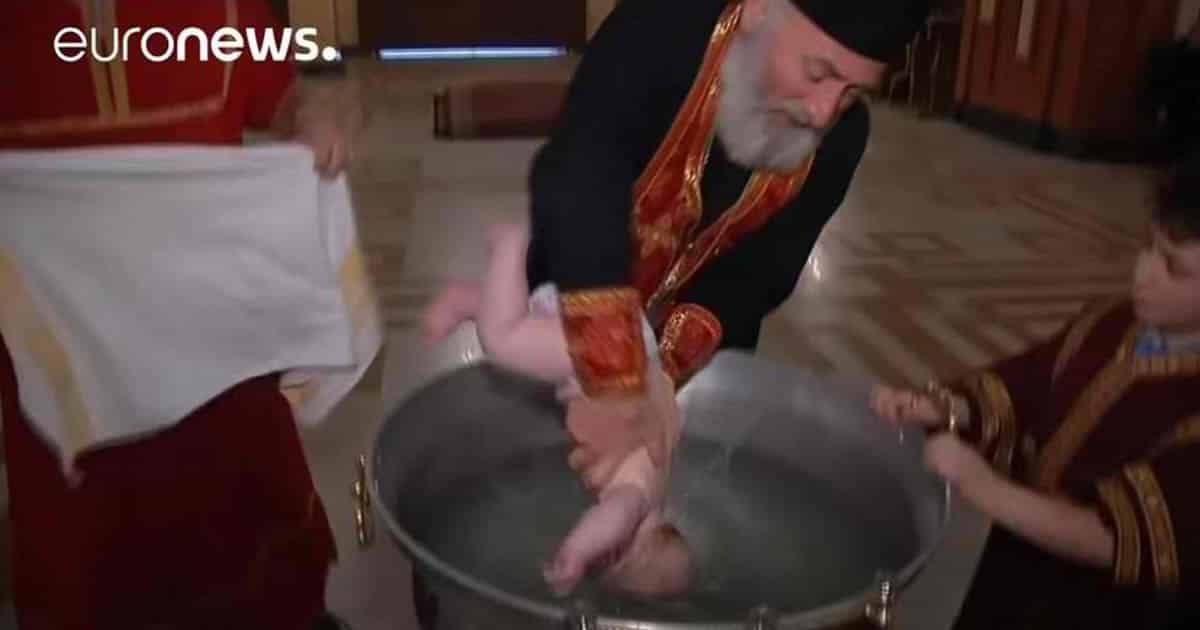 Some concerned parents noted how dangerous it is to shake a baby that way. Meanwhile, others questioned if this mode of baptism is really approved in the Bible.

Georgia and its problem with low birth rate. 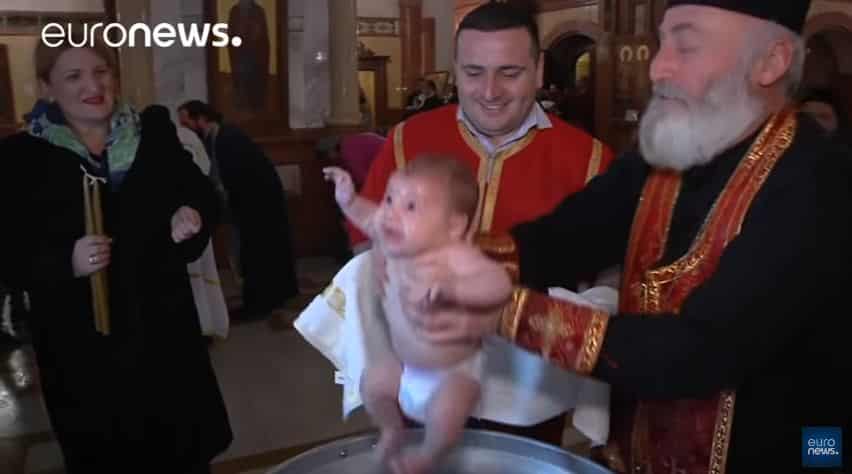 Why is Georgia having a low birth rate, you may ask? Well it’s all because many in the country consider sex before marriage for women as taboo. Many marry at an early agree and a marriage is usually regarded as a legal license to have sex.

Girls, on the other hand, who are unmarried to their boyfriends choose to either abstain from pre-marital sex or just go against the society’s norms. So when pregnancy occurs, abortion is often preferred than to raise the child. These two trends – sexual abstinence and abortion – have thus lowered the birth rate statistics.

Still, some are arguing that this kind of baptism isn’t exactly inspiring people to have children. 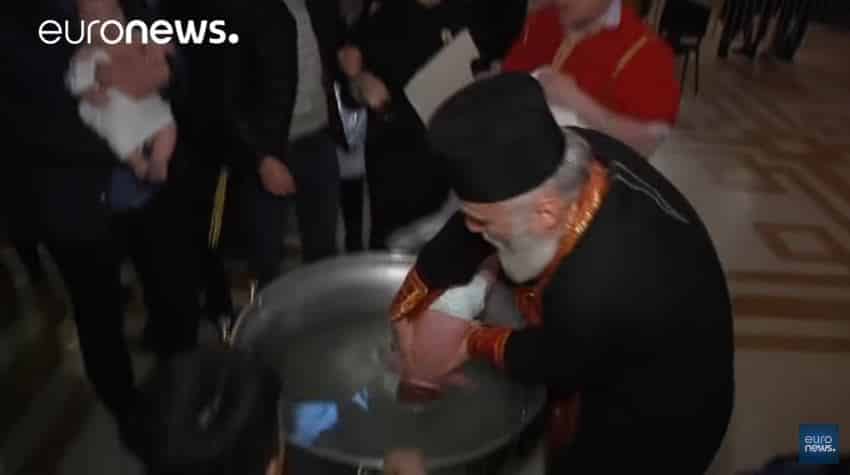 Well, what do you think about it, folks? Is this an acceptable way of baptizing or does it look like some kind of hazing? Hit us up with your reactions on the comment section!