Imagine you are a dog, and your humans have entrusted you to watch over your home, which is then immediately invaded by two hulking beasts with sharp claws and course fur. What do you do?

Jules is a 20-pound French bulldog and bonafide groundskeeper of his Monrovia, California home that has previously been ravaged by marauding bears. 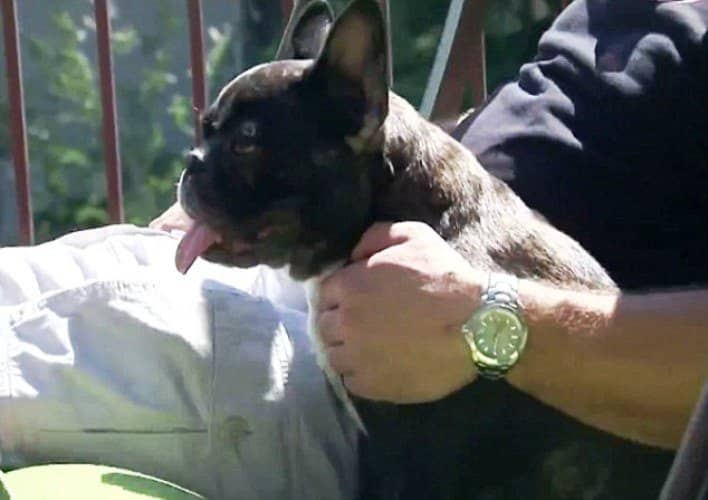 Jules lives with her humans, David Hernandez and his family, near the San Gabriel foothills, where it is not uncommon for bears chased away by wildfire to visit civilization and scavenge for food. The situation is further aggravated by neighbors who openly encourage wandering bears by feeding them, increasing the number of incidents of ursine beggars appearing in various yards in the area.

The incidents of wildlife vandalism got so bad that Hernandez boarded up his daughter’s windows to prevent bear attacks, and decided to install a number of security cameras to determine which time of the day, and how many specimens would actually disturb the property while he was away at work. 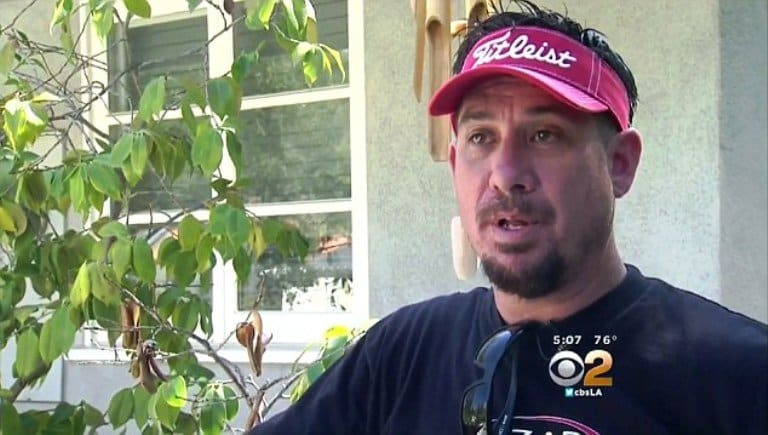 He didn’t reckon however, with the rabid protectiveness of the family’s tiny French bulldog, Jules, who was determined to guard her home and humans from all and any predators looking to make off with food not freely given.

In one incident caught by security cameras, two huge brown bears wandered into Hernandez’s yard, and after some lazy exploration, began to make their way towards the patio, intent on gaining access.

Suddenly, the camera records Jules coming at a dead run out of the door, viciously yapping, snorting fiercely from her recessed button nose, and savagely spitting foam from her blunt jaws. 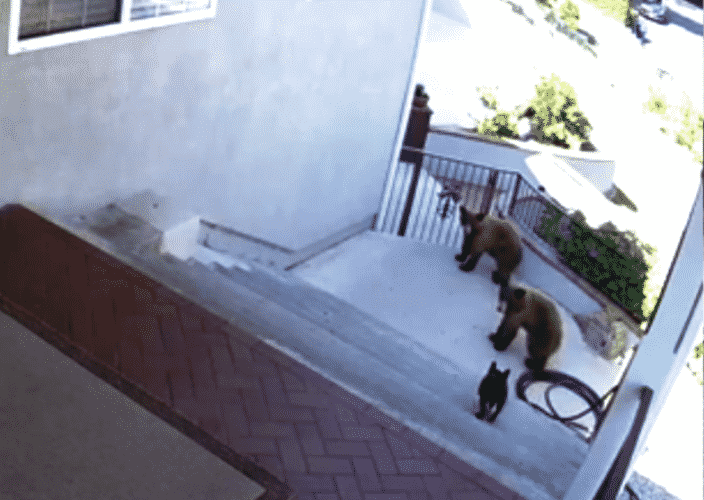 Charging down the patio steps without hesitation, the ferocity of Jules’ unstoppable attack surprised the two bears who had no choice but to back down, despite each of them being roughly five times the French bulldog’s size.

The raging and relentless Jules in action… 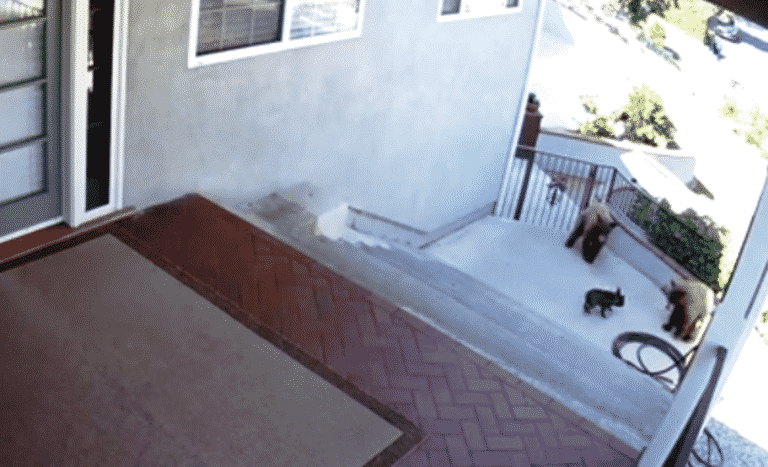 Jules even got a sharp nip into one of them to prove her point, sending one bear fleeing to a neighbor’s yard, and another bear scrambling over the fence for dear life.

Predators backed into a corner… 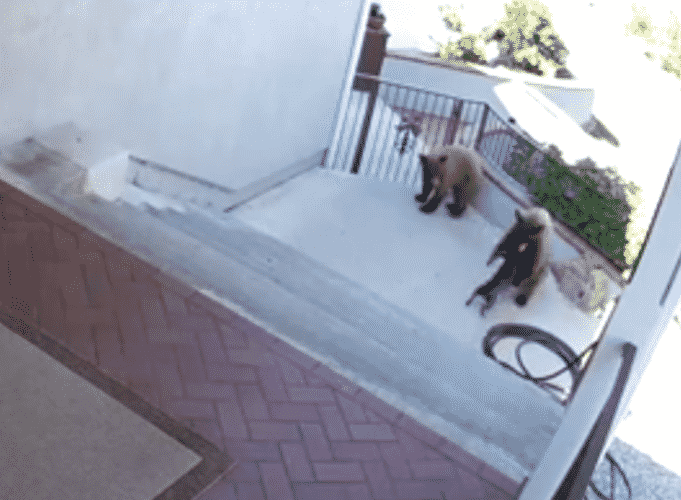 Hernandez is immensely proud, and extremely awed of his little dynamo, who turned into a wolverine to protect her home and the humans she loves.

Watch the security camera footage of Jules guarding her home…

Would that we had such fierce protectors like this little French bulldog. 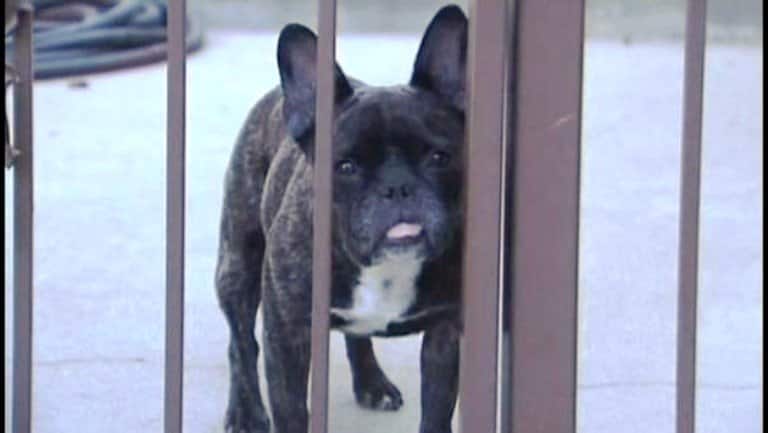 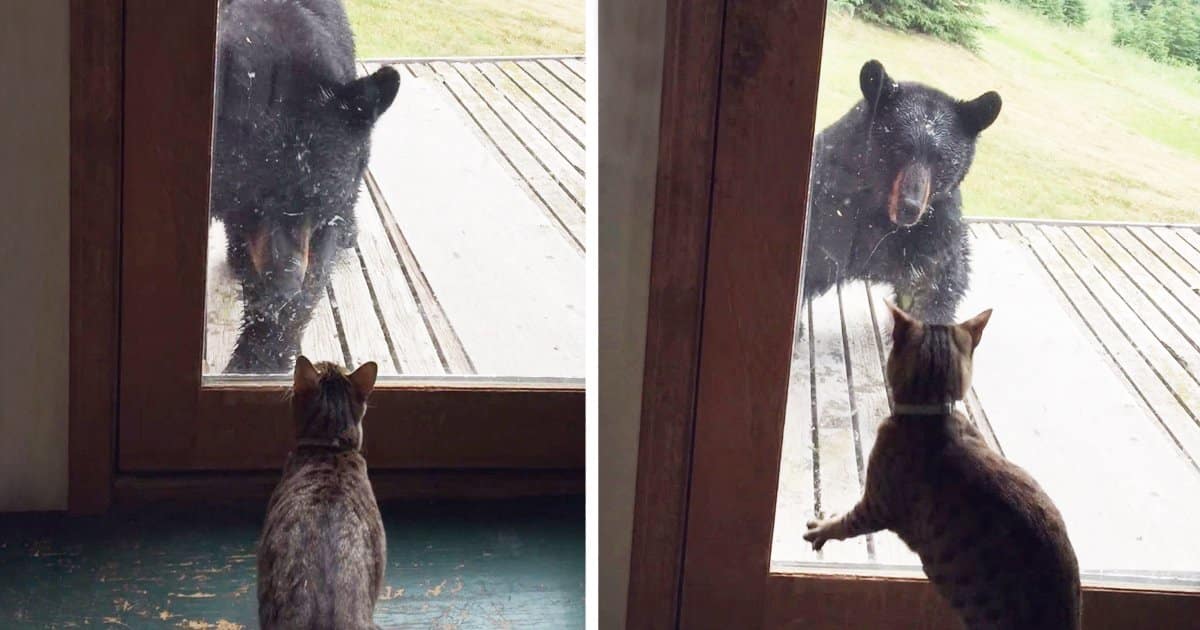