The swastika symbol does not always carry a negative meaning we know today. Derived from a Sanskrit term, swastika actually means a lucky or auspicious object. The ancient symbol was first used at least 11,000 years ago in Neolithic Eurasia. It has been present in different religions including Buddhism, Odinism, Hinduism, and Jainism.

The symbol was also present in Europe in the pre-Christian era. It was found in ancient Greece, Serbia and Bosnia, Ukraine, Nordic countries, in Roman catacombs, and on Celtic artifacts. In the Western world, the swastika became popular when brands like Coca-Cola and Carlsberg started using them.

With the Nazis’ increase in power in the 1940s, the true meaning of the symbol was lost. 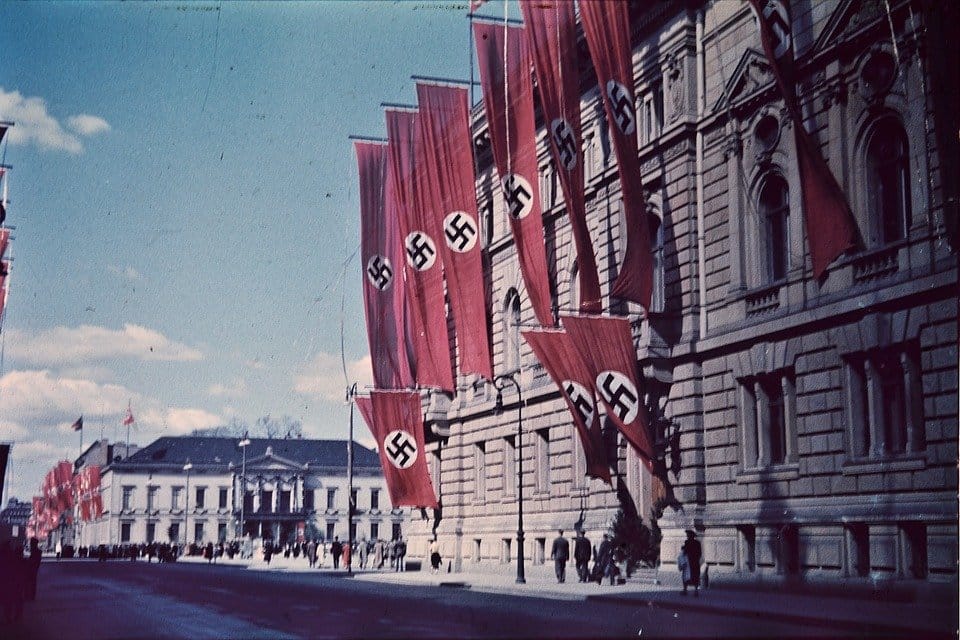 The swastika was brought to Germany by archaeologist Heinrich Schliemann, famously regarded for the discovery of Troy in 1870, although some reports say he was only an excavator at the site. He discovered the swastika symbol during his research trips to different places, like in Asia, Africa, and South America.

When pre-Hitler nationalist groups in Germany adopted the symbol, the swastika lost its original meaning and became a symbol of the superiority of their race. As racism intensified in Germany, Hitler eventually used the symbol as an insignia for the Nazi party in 1920. In 1933, the Nazi party even went as far as forbidding the use of the swastika symbol for commercial reasons. The symbol was used for propaganda instead. It was printed on and woven into different materials, including flags, pamphlets, uniforms, and helmets.

But perhaps the oddest appearance of the swastika symbol was in a forest. 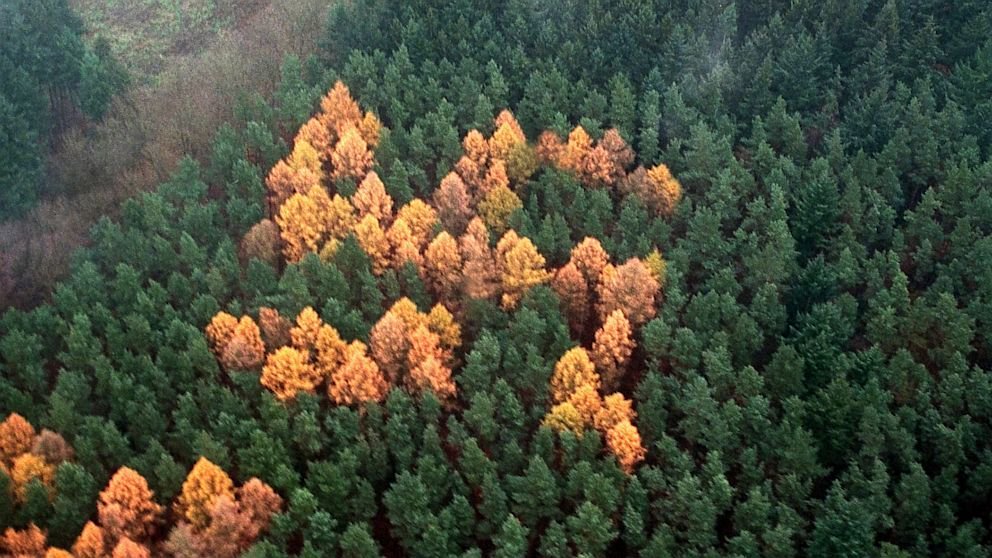 The forest swastika was discovered in Germany in 1992 by Günter Reschke. He was then employed as an intern for a landscaping company. While taking aerial photos from a plane, he noticed the huge swastika on the north side of the city of Zernikow. It was made out of 100 strategically planted larch trees in the middle of a lush pine forest, and the symbol covered an area of 4,300 yards.

For more than 20 years, after the trees had grown, they would bloom in autumn and create a contrast with the surrounding pines. The contrast would disappear in spring. This is perhaps the reason the forest swastika went unnoticed for a very long time. It is not certain who planted the trees, but experts estimate that they were planted in 1938, while Hitler was on his rise to power.

Several theories surround the creation and existence of the forest swastika. 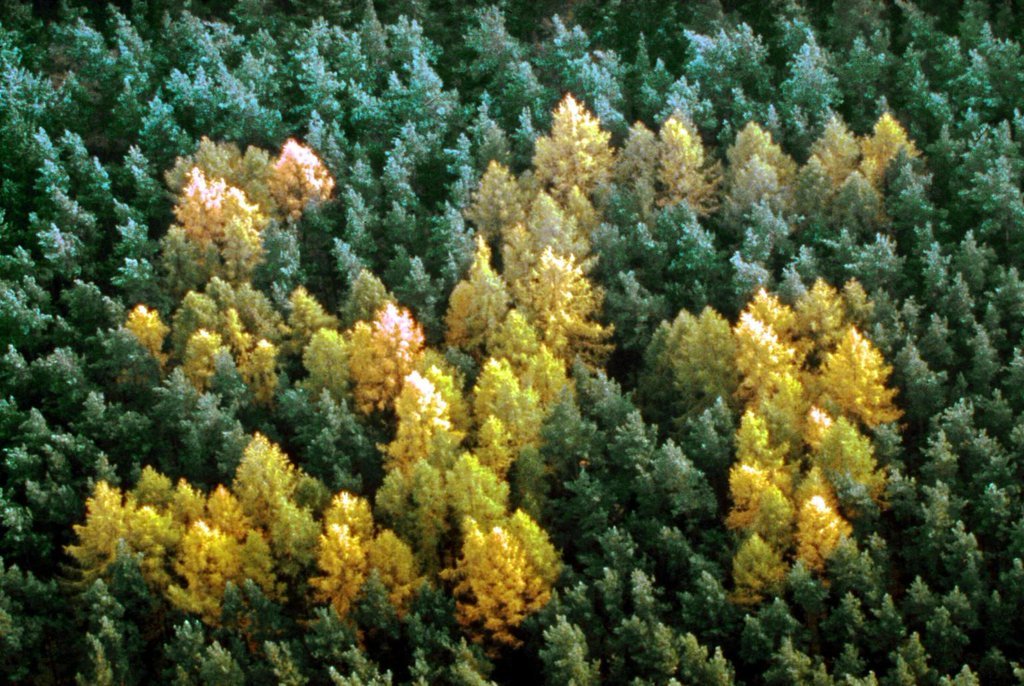 According to one theory, the trees were planted following the orders of a Nazi officer that wanted to honor Hitler’s birthday. One German newspaper reported that they trees were planted as a sign of gratitude to the Reich Labor Service for building a street in Zernikow. And another story says the forest swastika was planted as a sign of loyalty after one villager was sent to a concentration camp as punishment for secretly listening to the BBC radio. One local man also claimed he was part of the group responsible for the symbol in the forest, The Hitler Youth Movement.

There were several attempts to destroy the forest swastika. 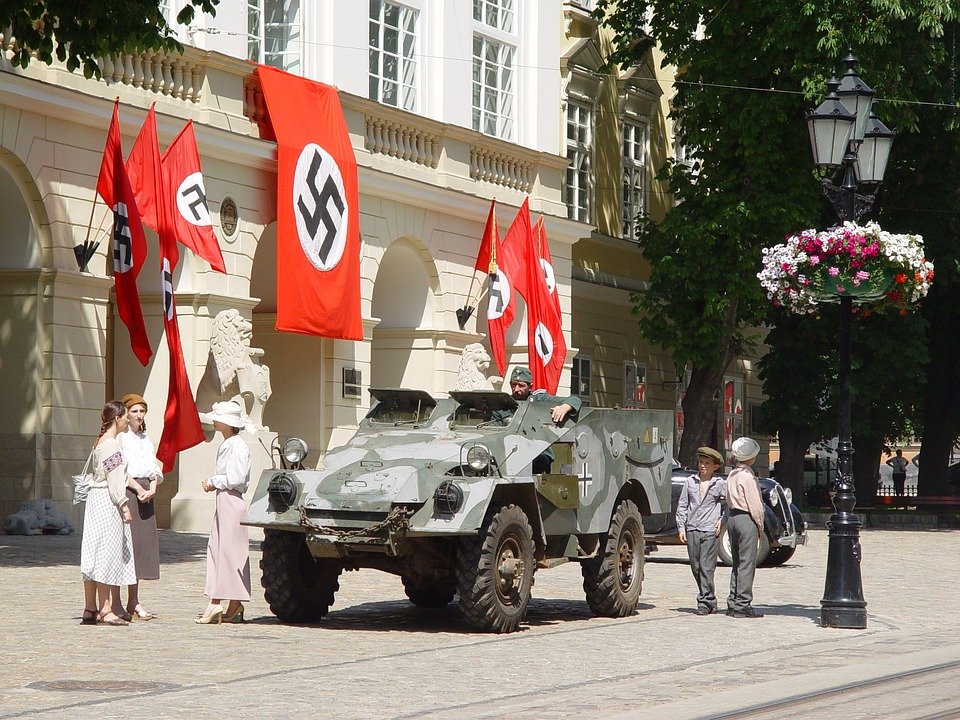 The first one was in 1995 by the German authorities. They were concerned that the place would attract Nazi supporters, so they removed 43 larch trees. The attempt didn’t do much, however, as the symbol was still very noticeable. After some tabloids published photos of the symbol, the authorities removed 25 more trees, and the symbol was finally destroyed.

There have been other sightings of forest swastikas, one in the US in the late 1970s and one in Kyrgyzstan in 2006.