What happens when two of the most venomous sea creatures meet and battle each other?

Trippe was on his way to shore after diving on a WWII shipwreck when he spotted the wrestling creatures and took photos of the showdown. 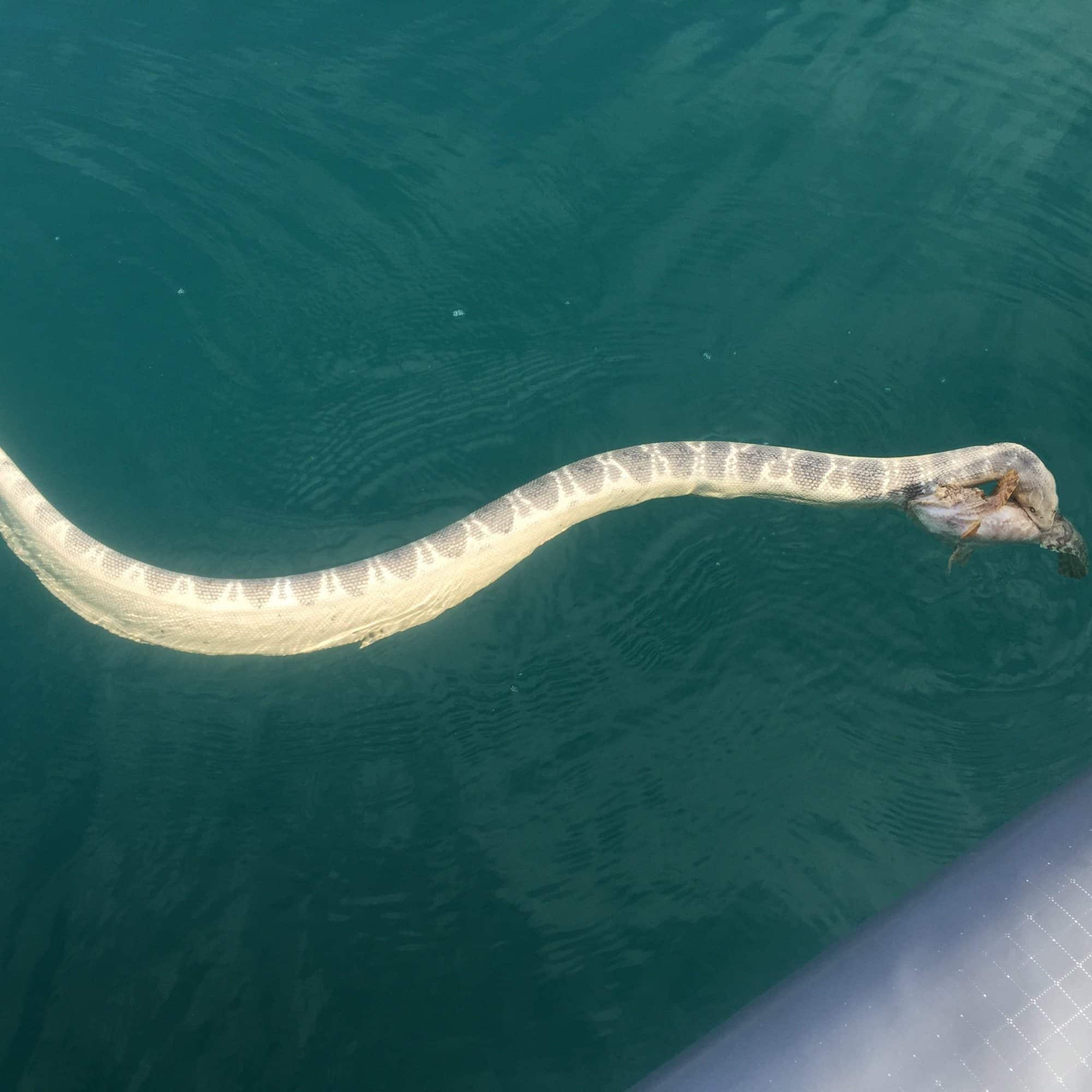 “It was a big sea snake, but I couldn’t quite make out what kind of snake it was,” he told CNN.

According to Trippe, the sea snake had the deadly stone fish near its tail, and the fish was also latching onto the snake’s body. 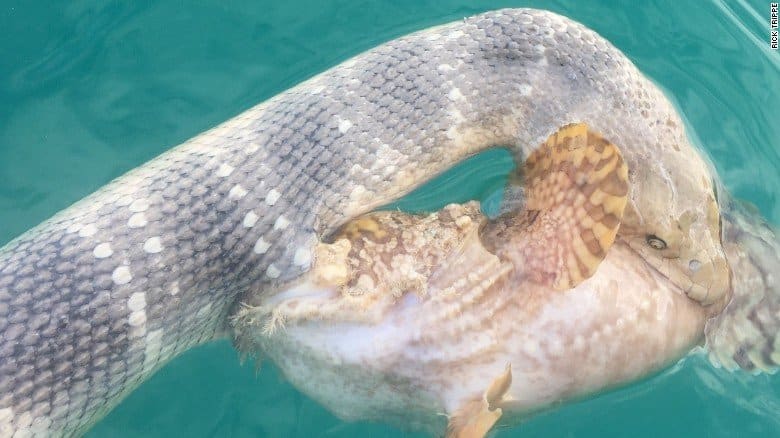 The seasoned diver and spear fisher said, “I know the fish would die because the sea snake is highly poisonous.

“But I knew the snake would also die from the fish’s poison if I just left it there,” he added.

Taking pity on both creatures, Trippe decided to intervene. Drawing on his years of experience of catching pythons that tried to feed from his chicken coop, he grabbed the snake under its jaw. That enabled him to take its mouth off the fish and release it back into the water. 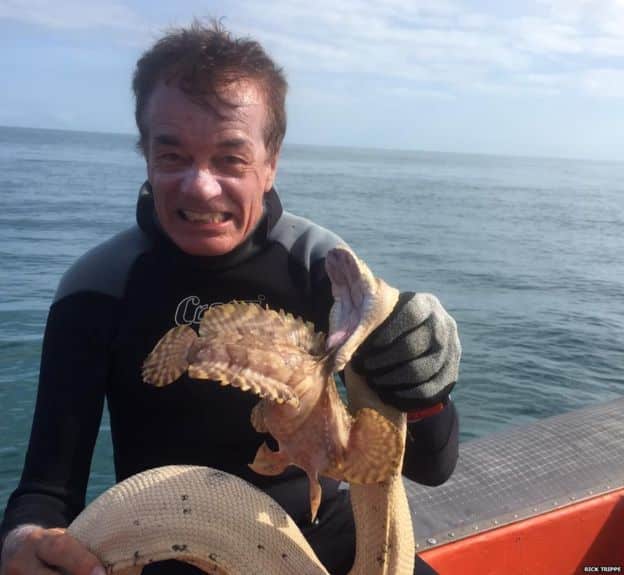 “I’m silly but not mad. I knew this was dangerous. I knew if I grabbed it I wouldn’t get bitten.” 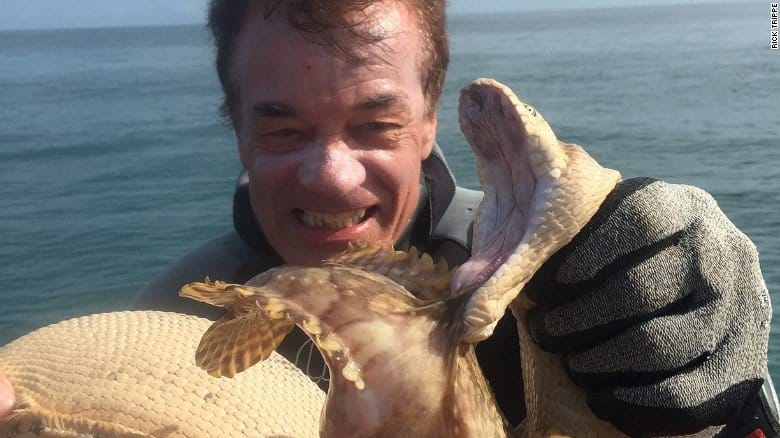 Unfortunately, the battle did not end there.

The tenacious snake made a beeline for its now dead adversary and devoured it.

A stone fish releases poison from its 13 spines, which can kill a human being in just two hours if the person is left untreated. So, in this case, even though the sea snake won the battle, it is highly probable that it died as well.

Trippe has had his fair share of memorable experiences with several creatures of the deep. Last month alone, a giant groper chased him and twisted his spear.

That sea snake also wasn’t the first creature he ever rescued. Trippe took part in a mission to save a racehorse that got stranded in the waters off Mindil beach. 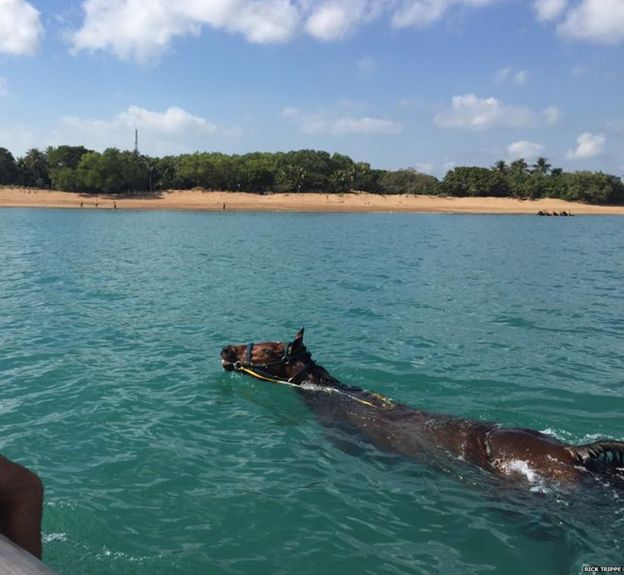