While some religions are less than kind in condemning members of the LGBT community, a group of Christians in the Philippines have reached out to what others label as an immoral group. During the recent annual pride parade organized by one of the country’s communities, the members of the Church of Freedom in Christ Ministries did not only watch gay people march on the streets: They offered apologies, too!

They are straight, and they obviously don’t hate. In fact, members of the Church of Freedom in Christ Ministries stood at the main entrance of the parade as they held signs offering apologies to members of the LGBT community for how other Christians caused them pain in one way or another.

It's never too late to say sorry. 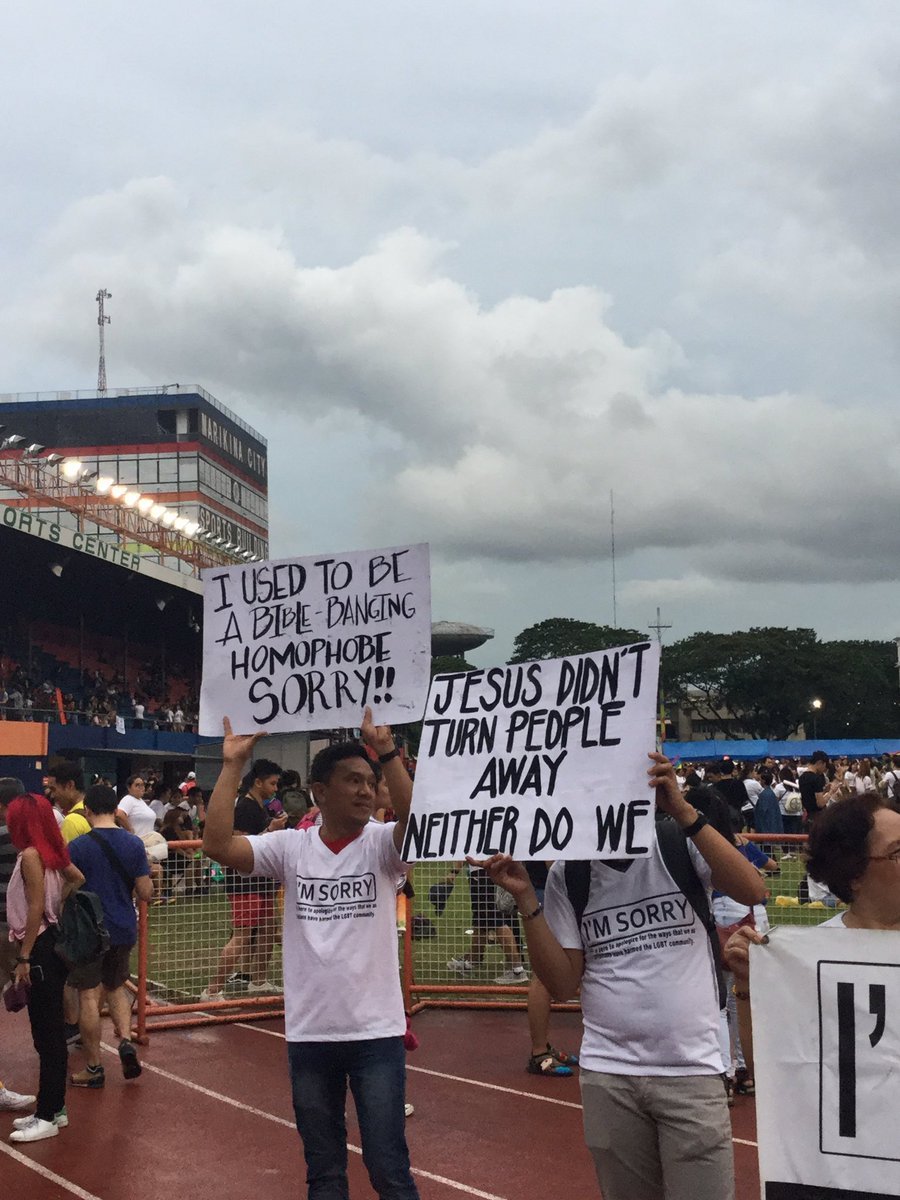 “We’re here to apologize for the ways that we as Christians have harmed the LGBT community,” says the church’s main banner while other members carried placards that were more personal.

“Can we hug you?” goes one placard by a man, to which many of the LGBT attendees responded to positively.

Some Christian groups always rub on the face of LGBT members that they are morally wrong. 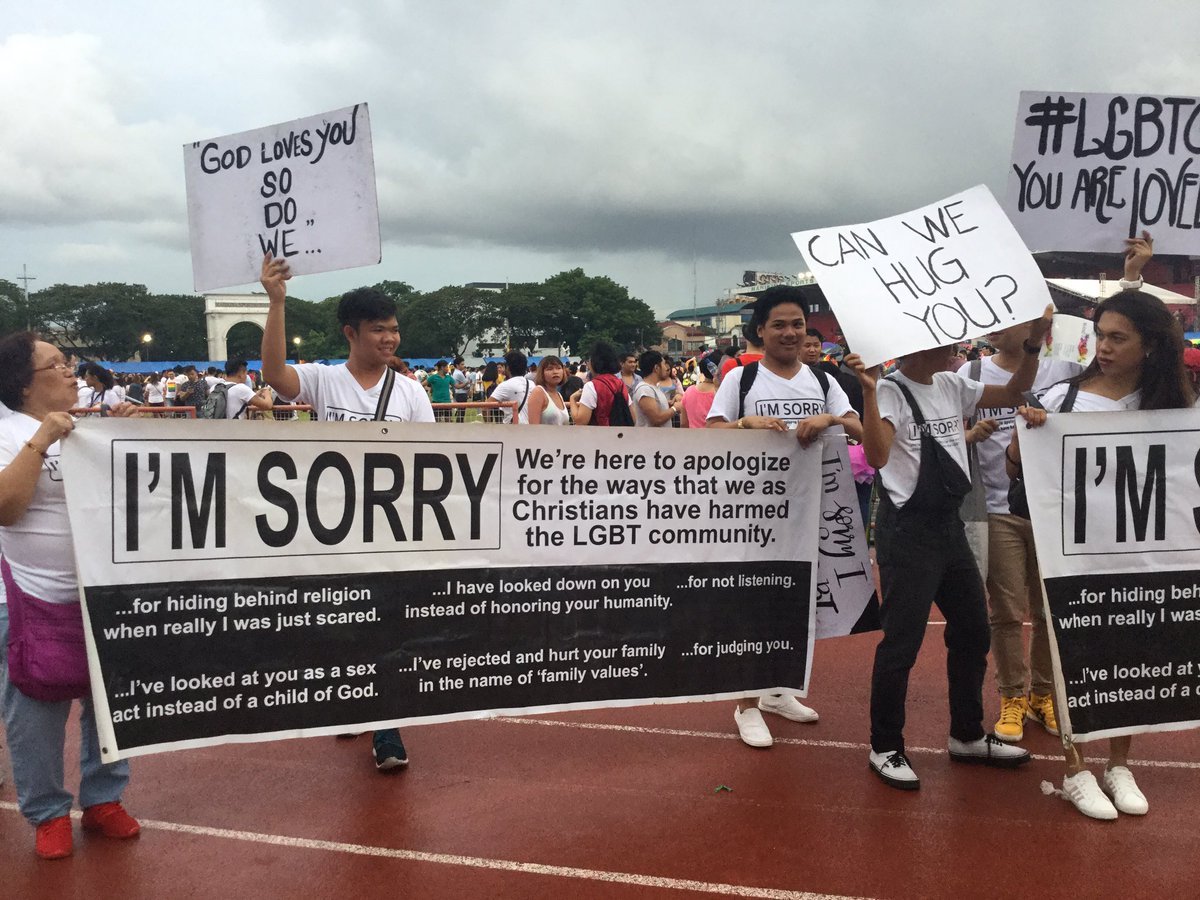 The positively unusual demonstration was part of the Church of Freedom in Christ Ministries’ “I’m Sorry” campaign, where members of the church apologize in behalf of other Christians for their attacks on the LGBT community, using Biblical verses to condemn them.

While their act may not sit well with other Christian groups, this does not bother the ministry at all.

“We do not need the recognition of people but the heart-warming response of those who accepted our sincere apologies motivates and encourages us to continue doing this mission of our church,” it said on its Facebook page.

Will other Christian groups eventually do the same? 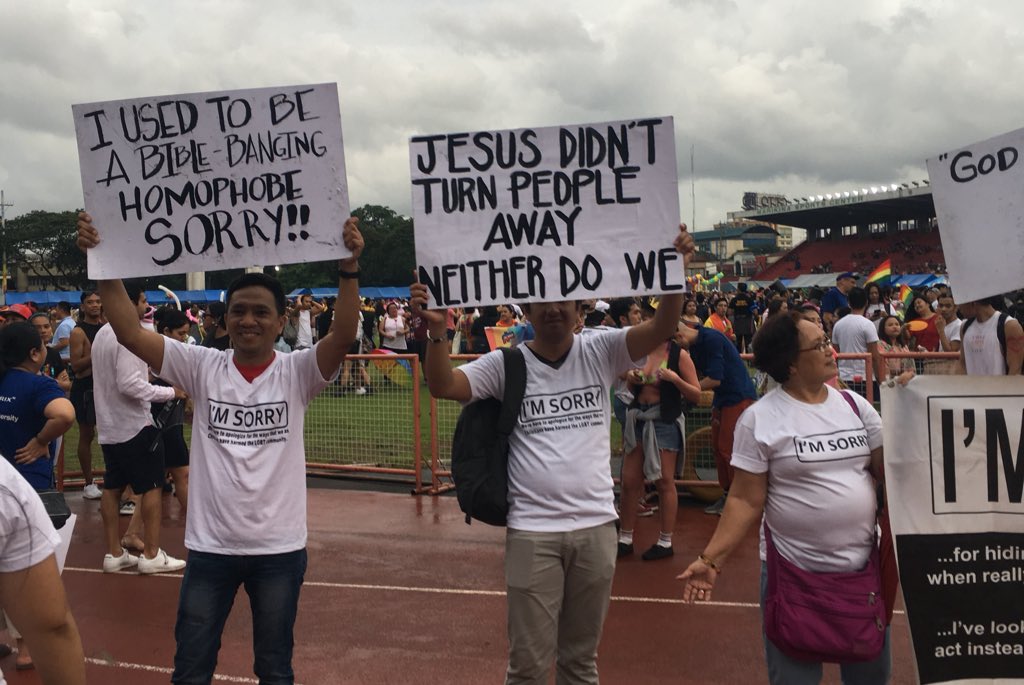 According to one of pride parade’s attendees, Kohlin Lallabban, the ministry’s act meant a lot to the members of the Filipino LGBT community, especially that being gay or lesbian is still considered going against the teachings of the country’s dominant religion: The Catholic Church

“It was just so empowering to have that kind of support from the very people who shunned us away. It was so genuine and most of us got teary eyed when we saw them,” Lallabban said.