Although social media has become a positive driving force for change, it is still true that it sometimes shows disgusting incidents. Recently an image showing a housemaid just watching her employers eat at a restaurant emerged on the internet and it earned ire from netizens.

It is a sad reality that many housemaids and helpers are not treated fairly by their employers. In some cases, they are not paid well and are not even given enough food. What’s sad is that even when they are in public and dining out at a restaurant, there are employers who do not feel ashamed of eating while their maids watch. 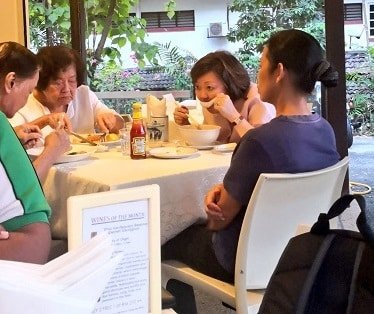 A family in Malaysia has been the center of mocking and criticism after a picture of them eating a delicious meal while their maid sat and watched them devour their food circulated on social media.

The scenario got a customer in the same restaurant extremely furious, so he took a snapshot and posted it on Twitter. 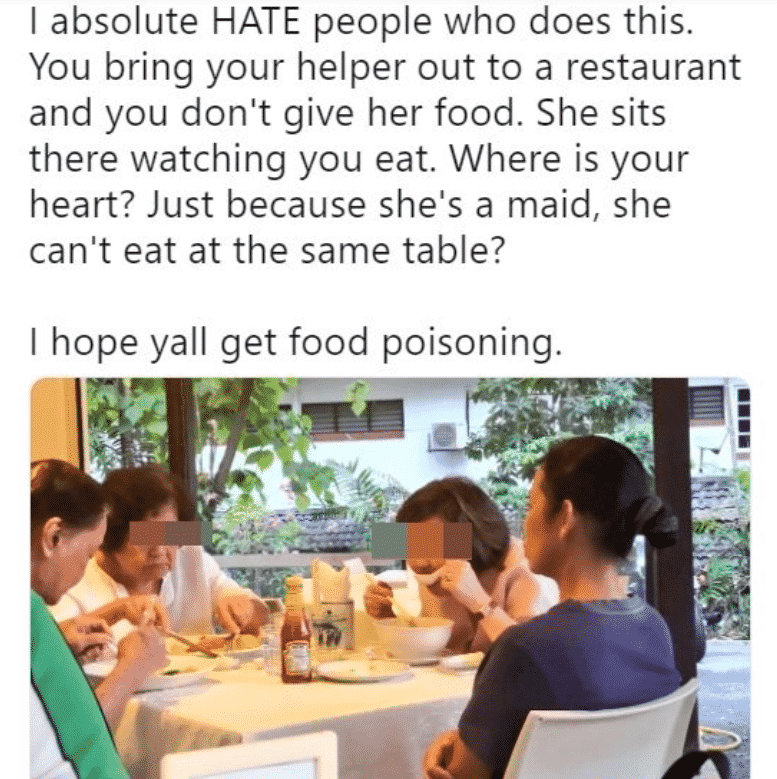 The post got an overwhelming response as sympathy poured in for the maid. But before judging the family, we should remember that there is always two sides of the story.

Lin, the daughter of the family in the picture, shared her explanation through a friend, Meera Samanther. According to the latter’s tweet, Lin contacted her after she saw the tweet accusing her family of refusing to let their domestic worker join them for a meal.

The real story was, Lin and their housemaid named “Melissa” were out running errands for the day before meeting up with the parents. The pair already ate but then decided to head over to a restaurant since her parents hadn’t eaten yet. 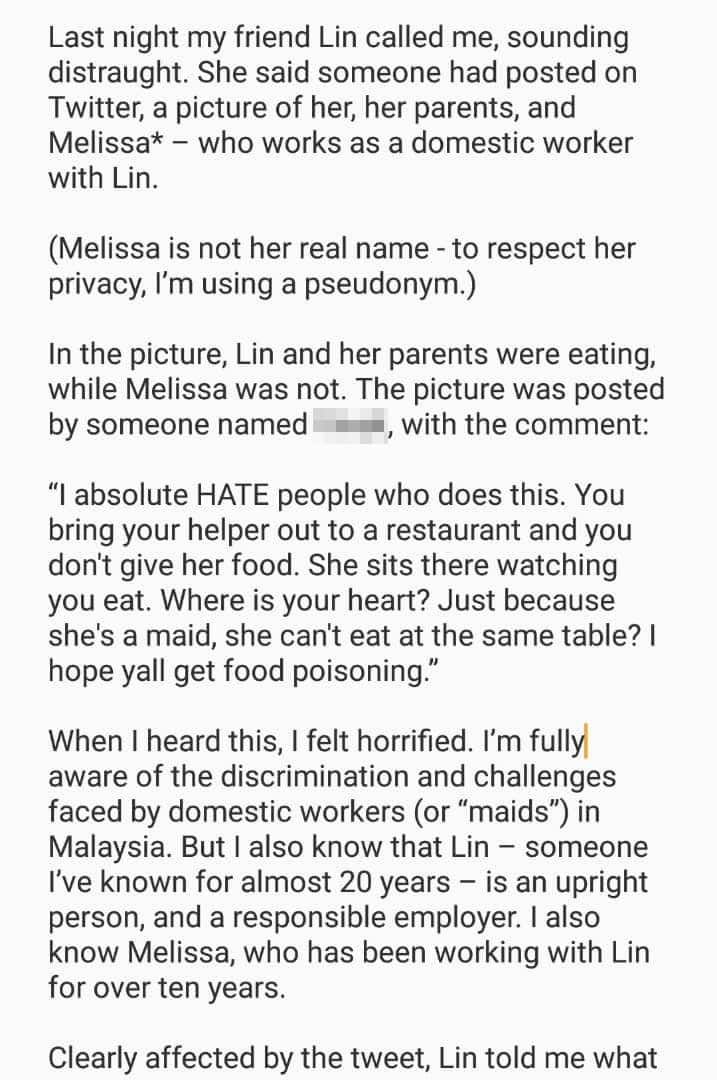 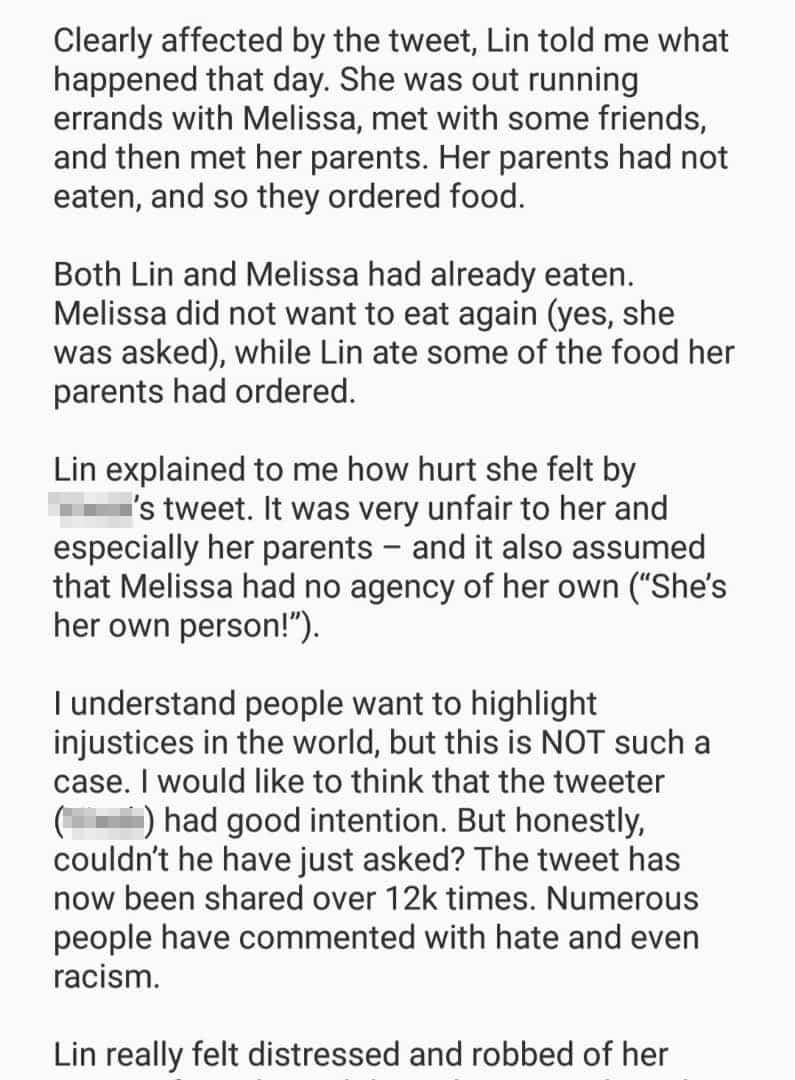 Meera ended her post by kindly asking the user to remove his post and possibly offer an apology to Lin, her parents and Melissa. He actually responded a few hours later, apologizing and owning up to his mistake. He later deleted the viral tweet. 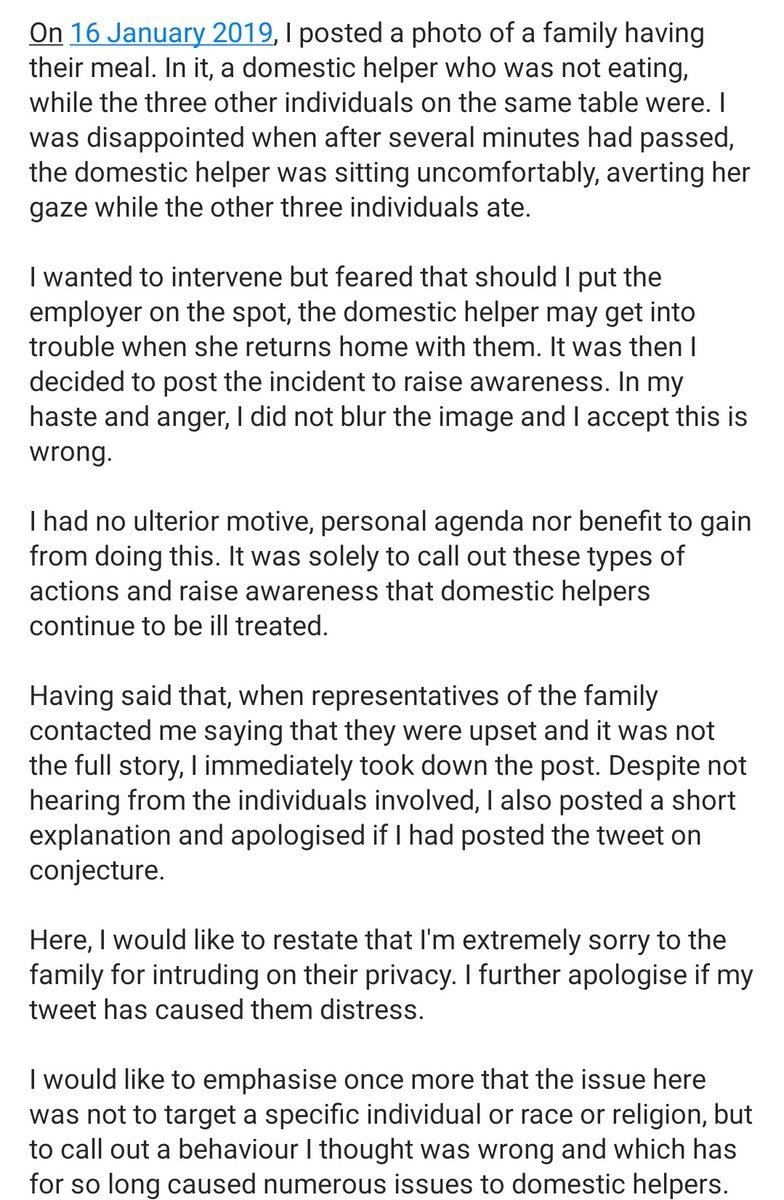