Putting a number on the chances of getting hit by a meteorite or any of the so-called ‘act of God‘ is as difficult as it is rare, studies say. However, Percy England of Barwell, England would probably disagree. It was, in fact, an alleged ‘act of God’ that hit him and his dream, and on Christmas Eve too!

Imagine finding your brand new car with a hole in the bonnet? You probably feel hatred deep down your bones for whoever did it to you. It was perhaps this feeling that filled Percy, after he finds his beloved and brand new Vauxhall Viva damaged by a meteorite on the Christmas Eve of 1965.

Days before Christmas, Percy had bought a Vauxhall Viva HA 1057cc, a small family car, for himself and his family, only to find it damaged on Christmas Eve. 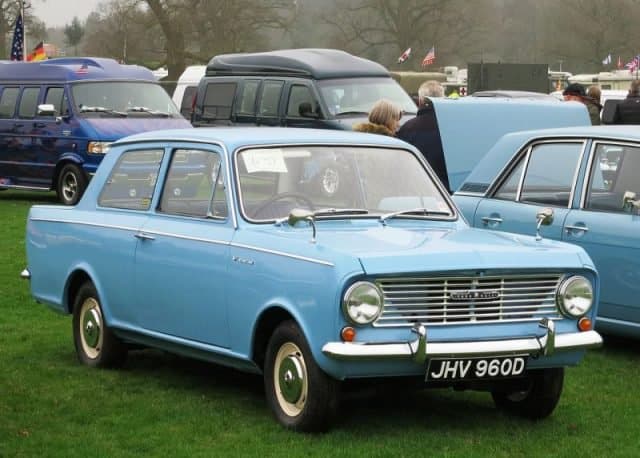 Percy had bought a Vauxhall Viva HA 1057cc, a small family car, for himself and his family, and later on found a hole on the car’s bonnet. Percy thought the culprits were the street boys with a penchant for vandalism after seeing the bonnet of his car. So when he found the piece of rock that smashed his car, he threw it away in anger. Apparently, he shouldn’t have.

The government offered money for a piece of the meteorite, days after the incident. As Percy’s luck goes, his 6-pound debris has already made someone else richer. Dan Kendall, curator of the National Space Centre, had even described the search that followed “a bit of a gold rush in Barwell.”

Among the lucky ones were Margaret Pickering and her husband. She said, “There are an awful lot of people with their little bits of meteorite tucked away somewhere.”

The Barwell Meteorite, the largest and is believed to be special meteorite that hit Britain in the 1960s. 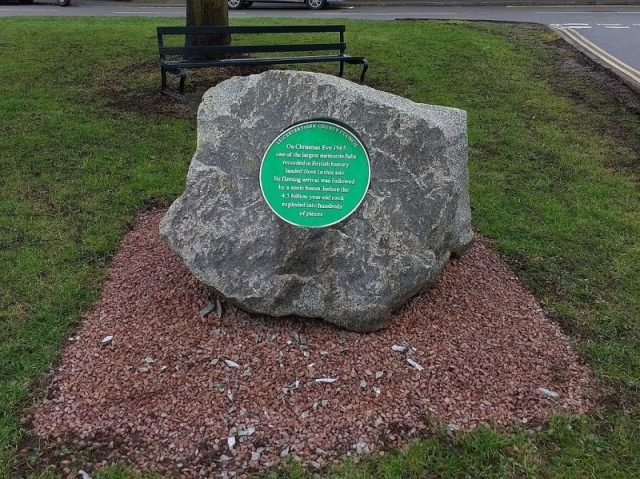 As far as stories go, Percy never cashed in on the fallen debris of the 4.5 billion-year-old Barwell Meteorite, like some others.

Arthur Crow, a local who was among the first witnesses said, “Half a dozen pieces came down, and at first it seemed like rockets.” He allegedly touched one, felt the hot surface, and dropped it. Rosemary Leader, 26, picked up a piece of the rubble then threw it away. “I was out carol singing, I didn’t want to carry a lump of rock around,” she said.

Years later, Percy’s story lives on. His insurance was against vandals. The car was declared damaged by the meteorite, so the insurance company refused to pay, calling it an ‘act of God.’ Stories about Percy’s luck circulated. In one account, Percy was believed to have written to the insurance company, with a salutation that goes, “Dear Mr God…”

Another report said that the poor man visited the local church and asked the priest what his Master had to say, and if they would repair it.

Percy was never paid. But, as Professor Arthur Jack Meadows of the Leicester University, had said, Leicestershire now has ‘an extraordinary story even better than a falling sky on Christmas Eve’.