Whenever Ellen DeGeneres asks famous celebrities to wear an earpiece and repeat whatever she’s saying on her show, we all know that what follows next will keep us in stitches from beginning to end!

On Thursday, Adele participated in one of Ellen’s epic pranks. The target: the unsuspecting staff of a Jamba Juice shop in New York City.

In the video, Adele’s “assistant” enters the store prior to the singer. She then asks the staff to treat the British star like an ordinary person. Meanwhile, through an earpiece, Ellen instructs the Grammy-award musician what to do and say as she enters the shop.

Adele on the Ellen Show 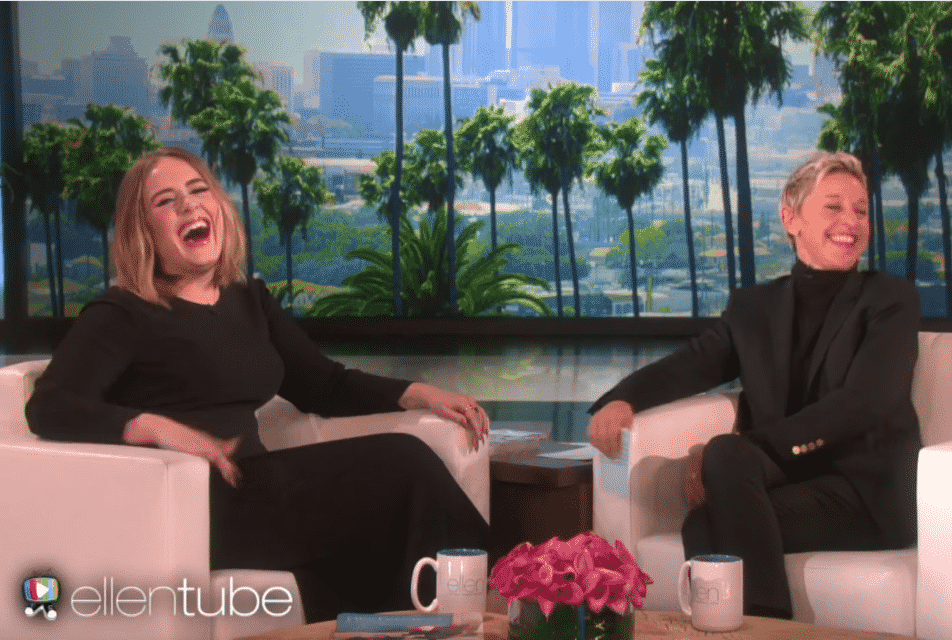 As soon as she approaches the counter, the star politely starts to ask the crew about their products. Knowing that it’s Ellen’s show, we know things are about to get weirder and funnier, right?

Adele then begins to make absurd requests from giving the staff members her confusing order and eating wheat grass, to asking her fake assistant to comb her hair in front of everybody. All the while, the singer/ songwriter tries to keep a straight face!

Later on, as she was about to pay the bill, she empties the contents of her purse, which contained knives, a handcuff, candy, and toilet paper on the counter. Then she asks, “Do I pay? I’m a celebrity.”

Finally, she reveals the secret by telling the bewildered staff, “I’ll tell Ellen DeGeneres to pay because she’s been telling me what to say!” As they all laughed, Adele spits the wheat grass and exclaims, “This is disgusting!”

We assure you, it’s a cool prank, and we applaud Adele for her professionalism. I can only imagine how hard it was to say and do what Ellen told her to without cracking up!

Watch the hilarious video and tell us what you think.