To become a flower girl at someone’s wedding is a dream come true for most little girls, most especially when the ones getting married are their parents. For a four-year-old girl, Paige, it has been her wish to witness her parents get married in 2018, primarily because she’s their flower girl.

Jacob Skarratts and Tania Miller were planning the “big day” when they were hit with devastating news. Their daughter has been diagnosed with an incurable and aggressive type of brain cancer.

Paige was a happy, healthy and normal four-year-old girl when all of a sudden, she experienced terrible and debilitating headaches.

Her parents recounted how she screamed in pain while playing and when they got her checked, they faced a heartbreaking news – she has a brain tumor the size of a lemon.

Paige was taken to Lady Cilento Children's Hospital in Brisbane, Australia for surgery. 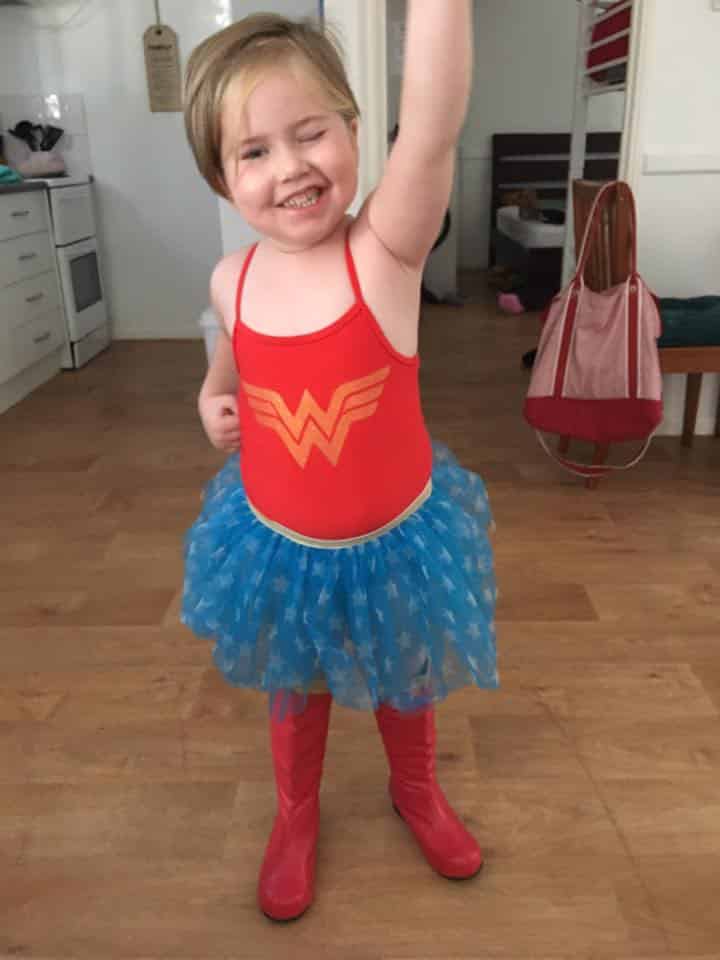 However, the mass was not entirely removed. So, her parents opted for chemotherapy, in the hopes to prolong Paige’s life.

On the first day of treatment, Paige began vomiting, and tests have shown that the tumor has grown back. The brain tumor began to increase in size, even bigger than the first. Now, she had blood and fluid in her brain.

The doctors told Jacob and Tania an extremely heartbreaking news – Paige may have only a week or two to live. 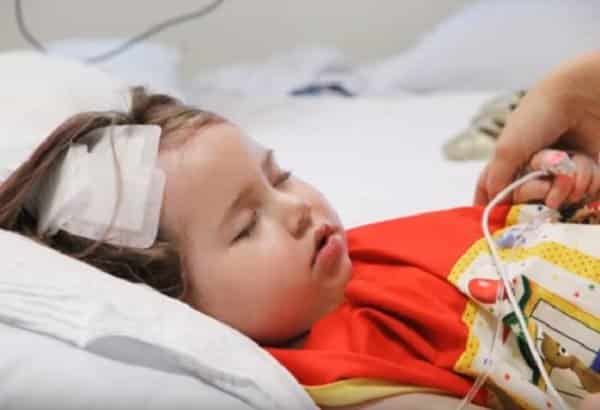 In the hopes to make their daughter happy, even for the last time, the couple decided to move their wedding earlier. This way, Paige could witness her parents tie the knot, and also, become a flower girl.

Tania said in a statement:

“We were planning this big wedding next year that I thought would be perfect but this was beyond perfect.”

“Paige had such excitement about us getting married. Every time we would see people she’d say ‘My mummy and daddy are getting married and I’m going to be a flower girl’.”

Innez Stonnell, the child’s aunt, planned to make her niece’s dream come true – become a flower girl at her parent’s wedding. Innez spent just 24 hours planning everything. That’s something others would take a couple of months to prepare.

Here are the wedding highlights! 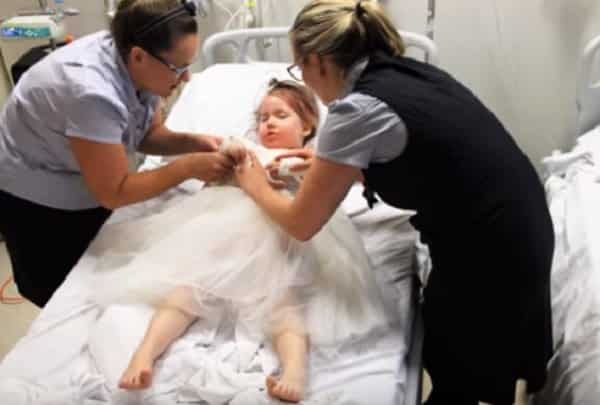 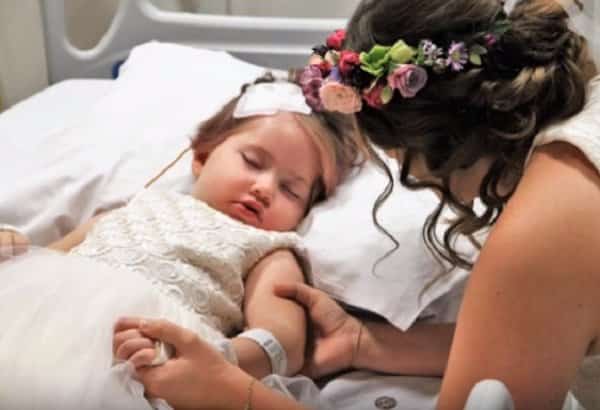 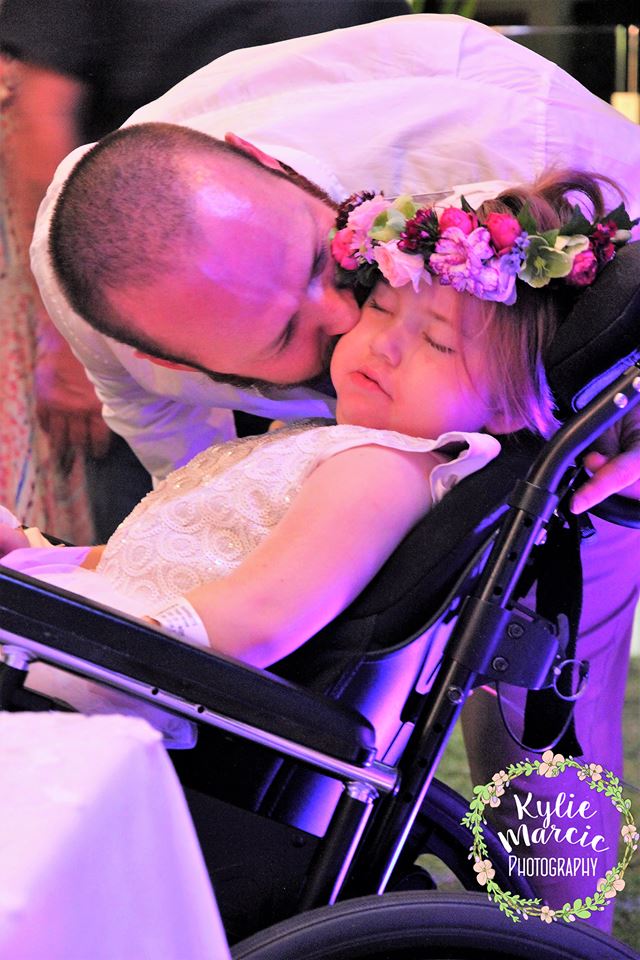 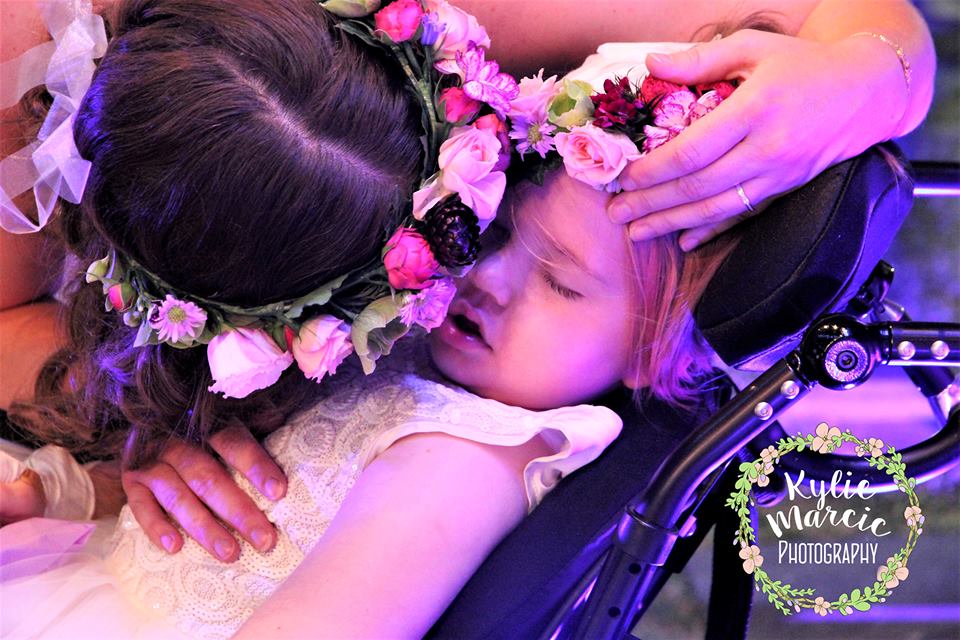 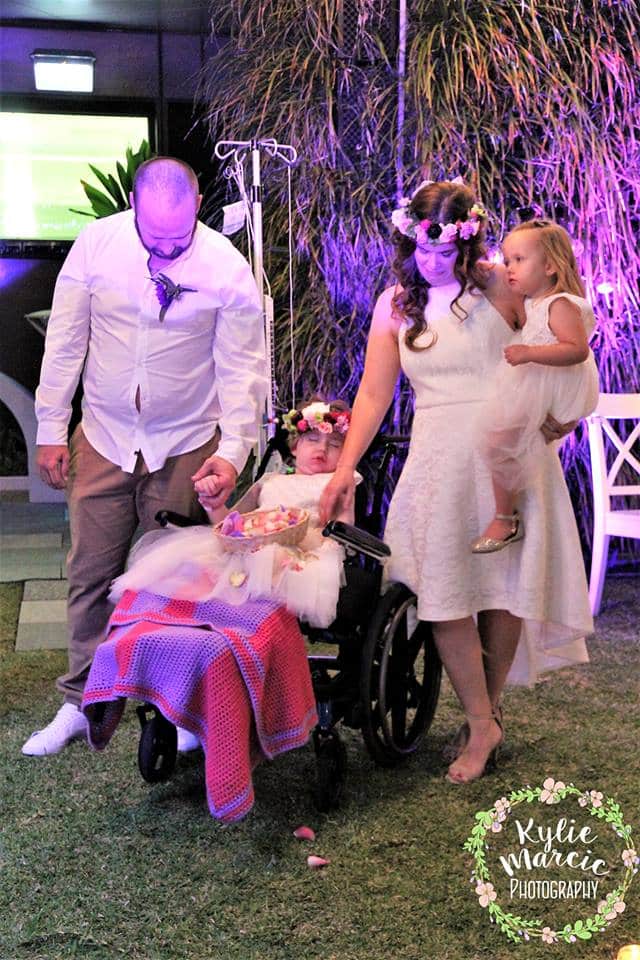 If you are interested to help, do check out the GoFundMe page for Paige and her family.