Spending $38 for a bottle of water may sound like a ridiculous idea but surprisingly, some people are actually willing to do exactly that. Take it from Douglas Bevans, a performance artist who recently sold bottles of Hot Dog Water at a street festival in Vancouver, Canada.

Marketing the product as “unfiltered” and “keto compatible,” Bevans was able to fool people into thinking that he was selling healthy water.

This Hot Dog Water contained a single beef hot dog in each bottle. It had a price tag of $38! 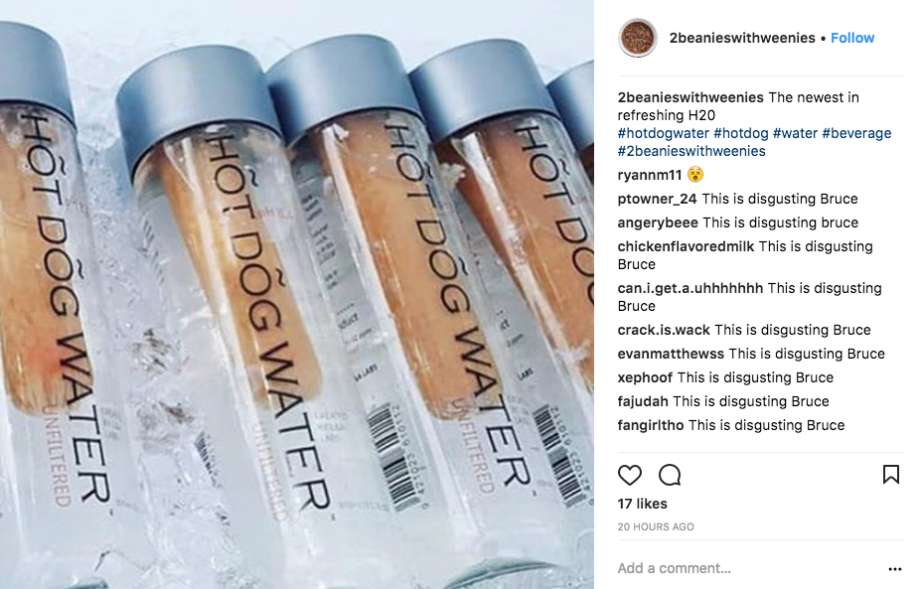 Declaring himself as CEO of Hot Dog Water, Bevans later disclosed that his true purpose for the stunt was to find out if scientific claims (albeit false) truly had a direct impact on product sales.

Bevans told customers that Hot Dog Water could “increase brain function, help with weight loss and even create a more youthful appearance erasing crow’s feet when applied to the face in the form of a lip balm,” reported Unilad.

“Because Hot Dog Water and perspiration resemble each other, when you drink Hot Dog Water it bypasses the lymphatic system whereas other waters have to go through your filtering system, so really, Hot Dog Water has three times as much uptake as coconut water.”

As it turns out, the experiment was a success since Bevans was able to sell 60 liters worth of Hot Dog Water in his booth. 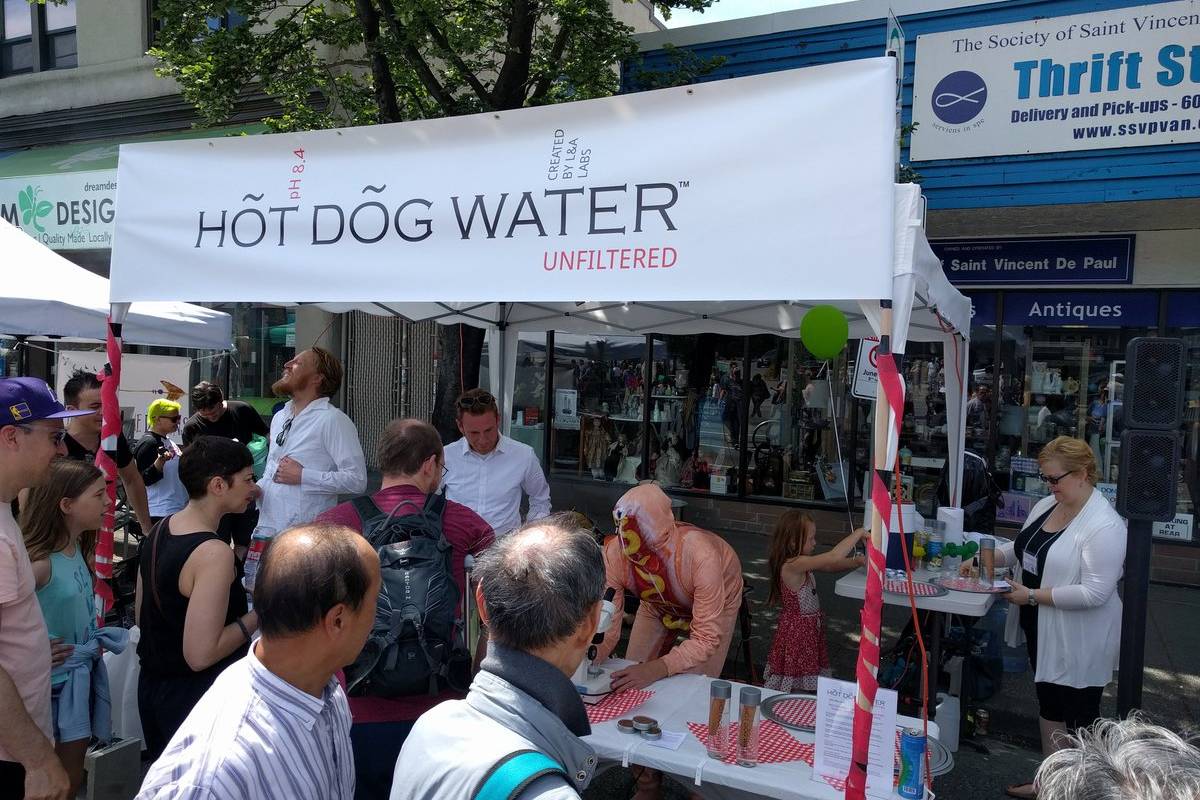 Although some people simply laughed at the product, there were also those who were actually impressed by the mentioned “health benefits.” Several even made their purchases, further proving Bevan’s point.

“Hot Dog Water in its absurdity hopes to encourage critical thinking related to product marketing and the significant role it can play in our purchasing choices,” he said.

It’s really nothing but boiled beef hot dog in a bottle! 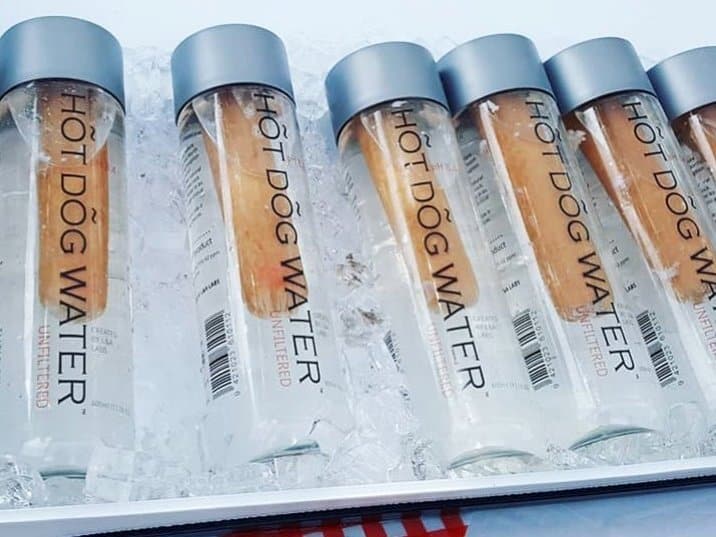 Bevans later shared how and why he pulled the stunt. 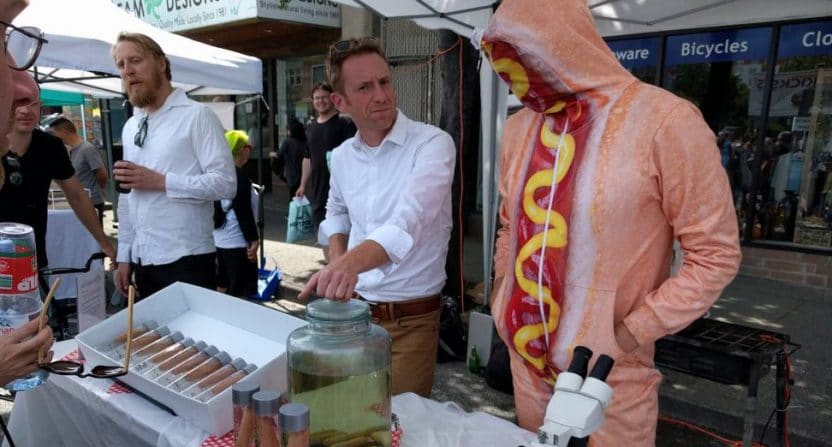 In an interview with Canadian Press, Bevans shared:

“I thought to myself ‘I bet I could sell hot dog water’.

“We’re helping people, empowering them to use informed decisions in their purchasing choices. That is the message behind this.

“Art, I think, has a way of doing this better than if this was a public service announcement. There’s an image attached to it, that it’s ridiculous.”

A moment of silence for the gullible victims who spent money for – and drank – the Hot Dog Water.