Whether you are a fan of doughnuts or not, one sprinkled with insects is probably the last thing to pop up in your mind when you think about these sweet treats. And yet, here we are and, as the title above tells us, an insect-filled doughnut is now officially a thing.

According to recent reports, Doughnut Time recently opened shop in London and they are now selling cricket-topped doughnuts. Needless to say, the controversial food time immediately made headlines everywhere!

Talk about a stomach-churning doughnut! 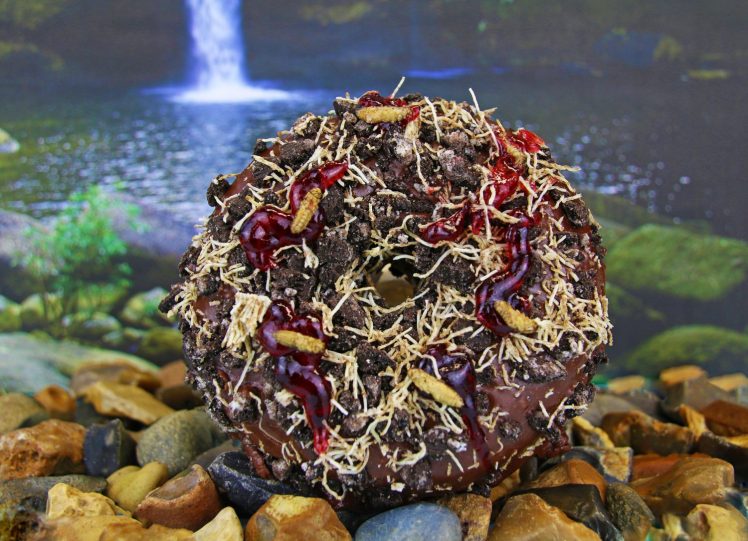 The Australian brand recently came to the United Kingdom and introduced the Bushtucker doughnut which is, as Metro describes, a “milk chocolate glazed ring doughnut, laden with Oreo crumb, Shredded Wheat and raspberry jam.”

The catch, of course, is that the Bushtucker comes “topped with salt and vinegar flavored crickets” and sells for £4.50 (or approximately US$6)

The store also offers a gold star and another free doughnut of any flavor for customers who will eat their insect-covered doughnut at the store.

Eating insects is good for the body, according to experts.

Well if you’re wondering about why the heck you should eat insects in the first place, several scientists are actually claiming that eating insects could actually be the “key to tackling climate change,” wrote Metro.

Would you eat the Bushtucker doughnut? 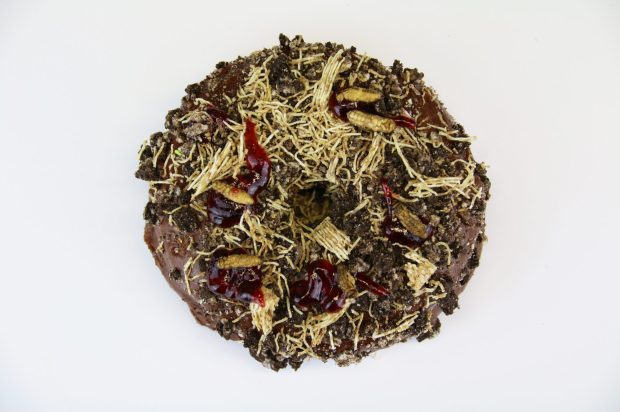 If you’re brave enough to try this doughnut, go drop by Doughnut Time at 96 Shaftesbury Avenue, London, W1D 5ED. The products are available while supplies last.