We see it over and over again in movies, TV series, cartoons, and even memes that cats and dogs just don’t get along. In fact, some of us grew up believing that felines and canines are each other’s worst enemy.

However, there’s plenty of videos on the internet to prove that cats and dogs can be friends. But one video goes above and beyond that. Not only does it show a cat and dog getting along, but it shows a pooch laying his life down for his alleged mortal enemy. 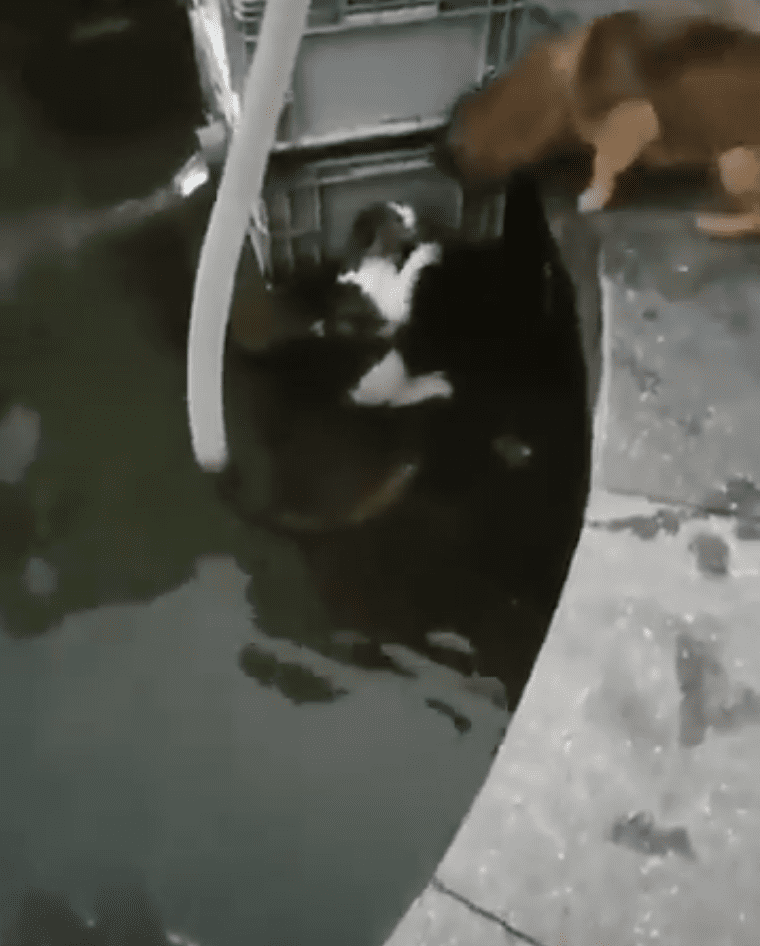 The video started with a terrified-looking cat who has got himself into a little trouble. Since cats are known for seeing fish as a meal, it appears that the furry animal may have attempted to catch one and fell in the koi pond.

A dog then spotted the cat clinging to some sort of structure in the pond for dear life. Instead of just passing by him, the dog was clearly concerned for his safety and could be seen pacing back and forth trying to figure out how he can help the poor little kitty. 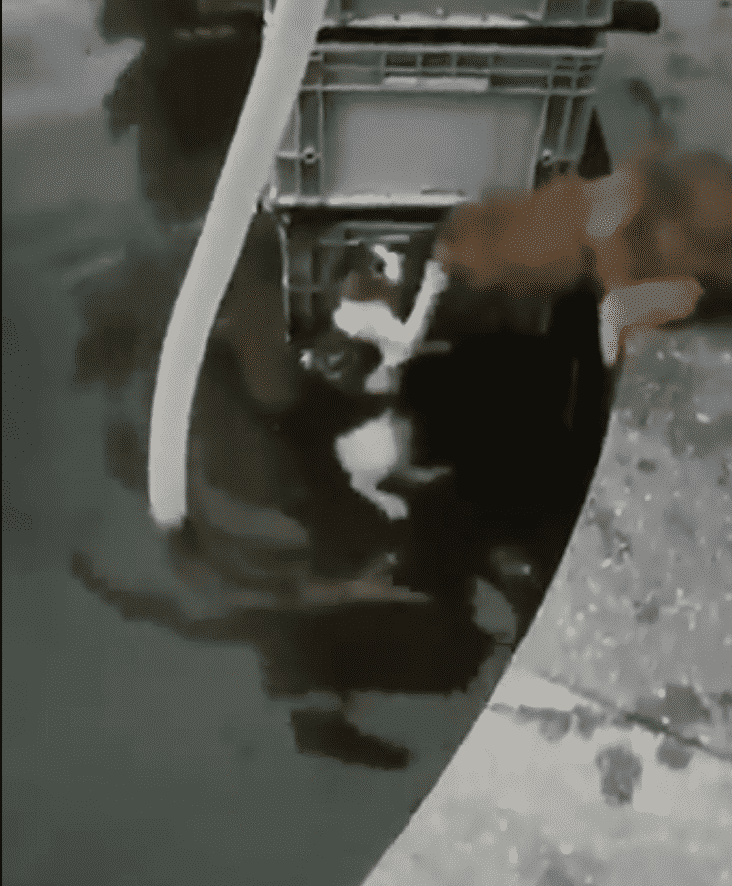 The dog then appeared to pick up a cord or rope and tried to bring it over to the cat to grab on to. Still not knowing the dog’s intention, the cat was on attack mode and started to claw or paw at the dog’s face repeatedly.

While the cat’s attack could have made other animals stop from rescuing him, the dog was determined to save the troubled cat and was completely unfazed by this. 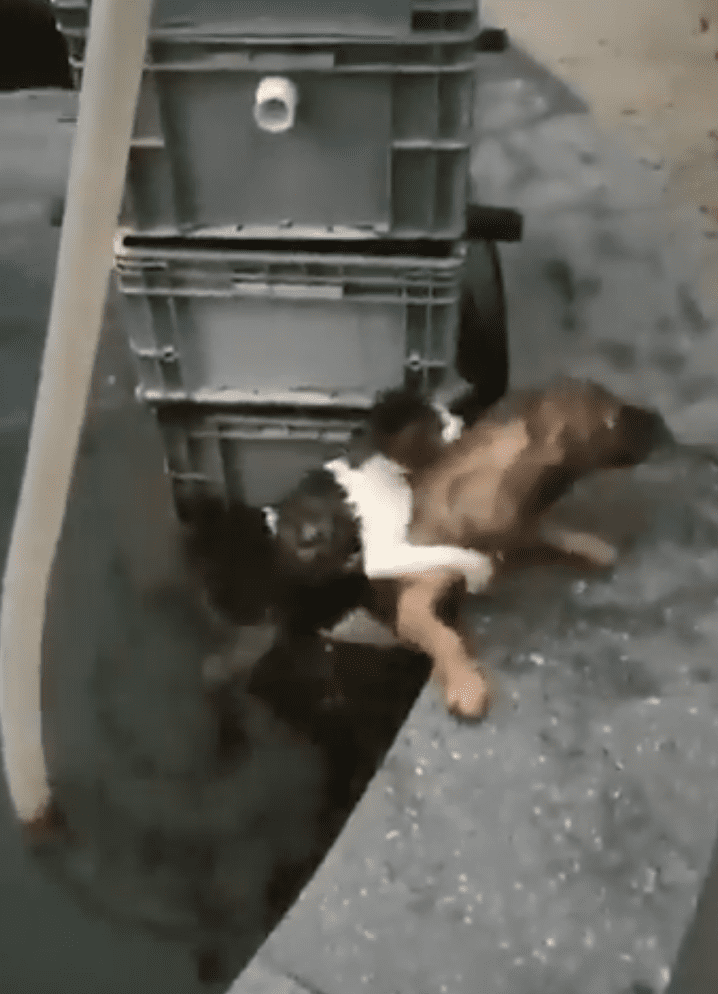 Knowing that he had to act quickly if he wanted the cat to be safe and sound, the dog knew he had no choice but to jump in to put the cat out of his misery.

The clever dog swam underneath the cat. He then lifted the cat up, so the cat is above water and didn’t have to struggle. The cat clung to the dog’s back as the dog swam over to the ledge and tried to pull them both up.