Twitter was abuzz when YouTuber Taylor Nicole Dean shared her friend Derek’s heroic deed. Derek, who works at an aquarium shop, recently encountered a client’s ill goldfish. The poor pet suffers from the swim bladder disease, which prevents it from controlling its buoyancy in water.

When a goldfish’s swim bladder is deformed or infected, the animal loses its flotation stability. It can then float to the top of the water, lean heavily to one side, get stuck at the bottom of its tank, or swim upside down. Sadly, the goldfish Derek encountered has an incurable case of the swim bladder disease.

Not one to give up on his newly found fish friend, Derek thought of an ingenious solution – a goldfish wheelchair. 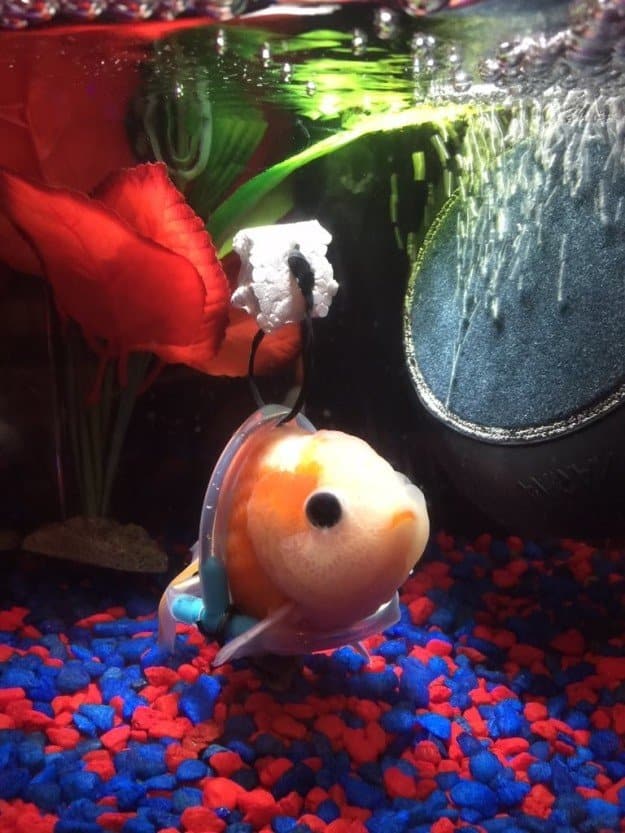 Because, really, who wouldn’t think of making an adorable little goldfish wheelchair?

“I got some airline tubing that people usually use in their tank and just placed it around the goldfish. I added some valves to the bottom of it, which acted as a ‘chair’ to prop him up. I added weights to the bottom of the ‘chair’ and something to keep him afloat on top (styrofoam), and slowly removed pieces until I achieved just the right buoyancy to make it easy for him to swim around without feeling like he’s dragging around a chair.”

When Derek told Taylor about what he did, the latter knew she had to share it with the world. 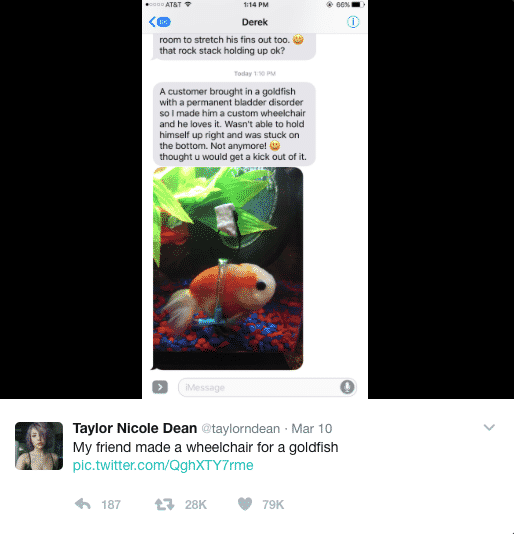 Taylor also made sure to update everyone, especially that our fish friend just got a wheelchair upgrade. 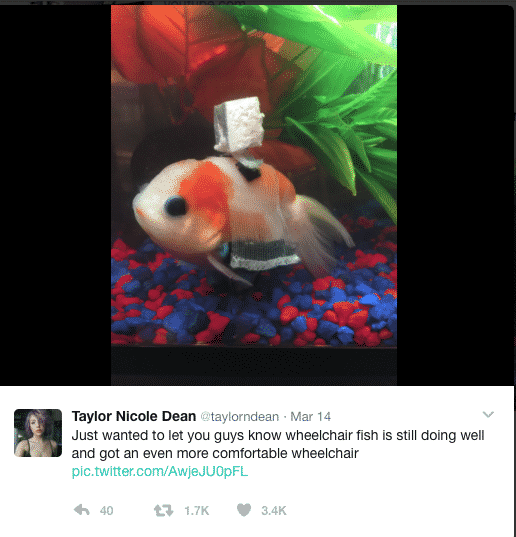 And of course, the Internet couldn’t deal with the cuteness and coolness of it all. 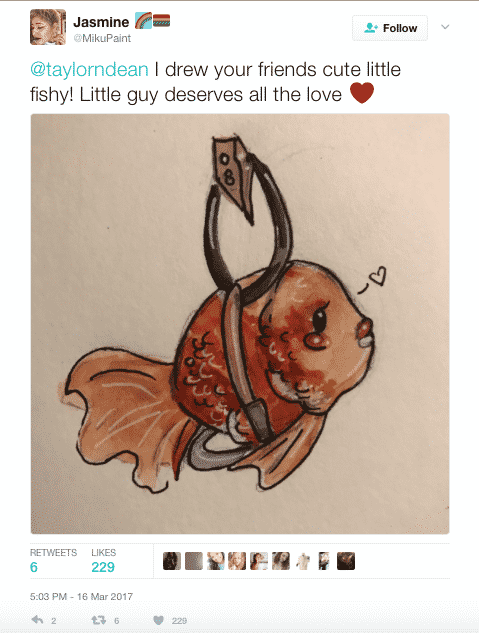 Even educators knew this was a big deal. 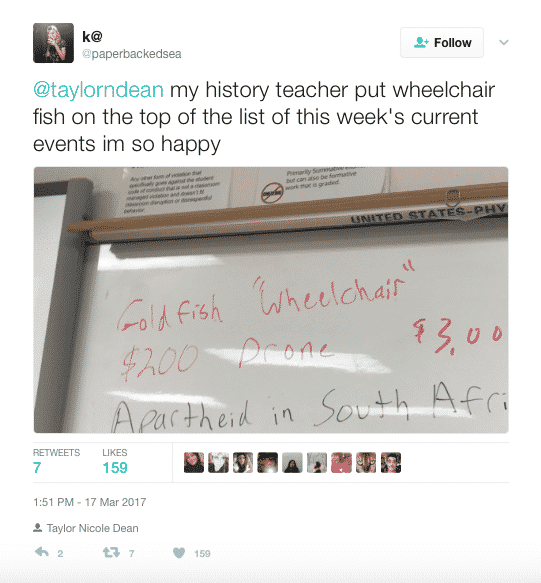 To Derek, it may have been just another day at the office. But to us all, it’s a day that changed a goldfish’s life forever.