Sometimes too much enthusiasm can lead to epic fail. One over-enthusiastic dad decided to help his daughter create a rocket for her school project. Unfortunately, it was so realistic that people thought it was the real thing and called for a massive school evacuation.

The unnamed father revealed that his 13-year-old daughter had asked for help in making a Water Rocket for her school assignment. Although the teachers had indicated that parents were only allowed to supervise the project, the dad decided to unleash his “inner boychild schemes” and took over in the creation. Needless to say, his creation was so convincing that it could easily be mistaken for a real threat.

The young girl had only asked for help but her dad decided to take over the project. 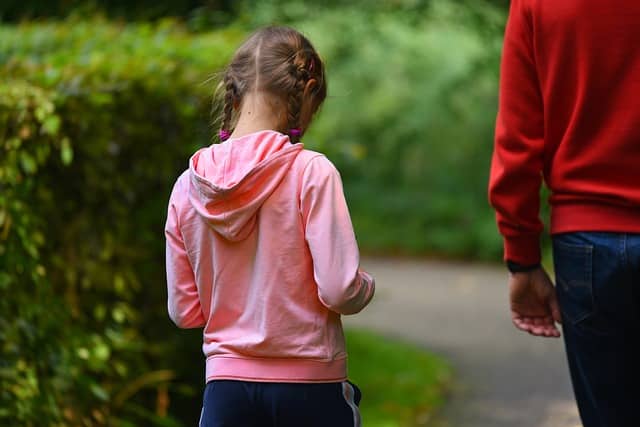 (Sorry for the spelling and grammar, I am Dutch, I am on my phone, and I am still shaking) Ok so this happened earlier today and I am about to drop off my traumatized kids at my sisters place, and on my way to see the headmaster, the school is closed for today, and I have a few angry parents messaging me the last few hours… I don’t know what to expect, and my wife is about 1000km away on a work function, so yeah, I f**ked up this time!

Back story; About a week ago my 13yo daughter asked me to assist with building a Water Rocket for her School project. The rules were that they had to do all of this alone, think it all up as they go, and us parents just “supervise”… Yeah right, like I am going to mis up on this amazing opportunity to unleash my inner boy-child schemes…

So we had this in mind: 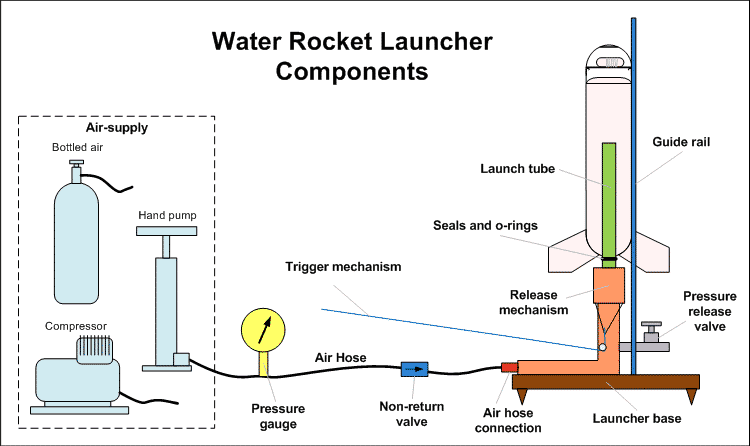 Simple enough, but I tweaked it a bit and it ended up looking like a 15kg Missile… Slapped a few Ammo Colours on, and boooom, we had f**king lift off baby!! 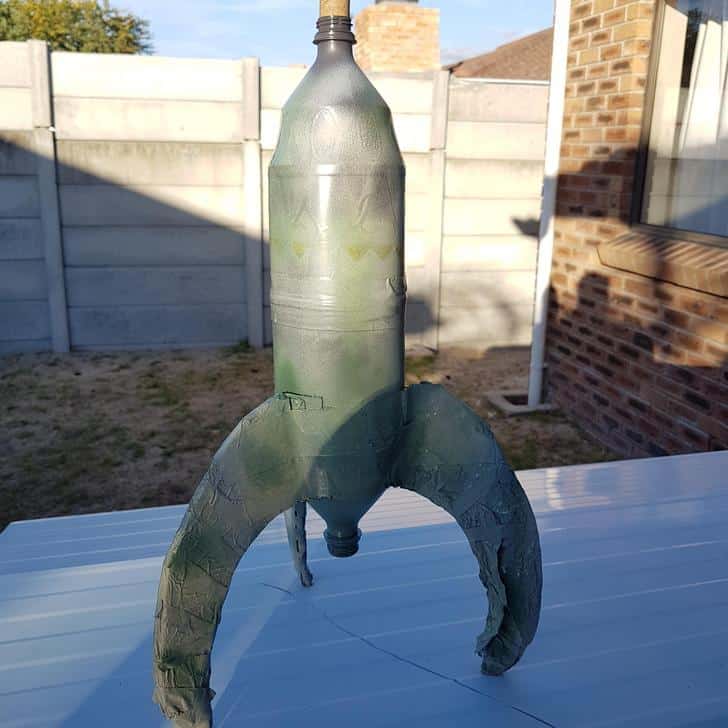 Just some background on how tense the school currently is; so about a week ago, the school my kids attends had a bomb scare, nothing major, just some kid’s dad had a meltdown and phoned the Headmaster, threatening to blow up the school… anyways, they sent out a couple of K9 trainers to educate the poor scared kids.

The project would have been acceptable if the student had taken it to school in the first place. However, things didn’t work out as expected.

FFW till this morning, I dropped off the kids at the front gate and as I was late, I left in a hurry. About a block away, I realized the Rocket is still on the backseat and turned around. At that time I DM’ed my daughter, telling her that her Rocket is still in the car and I am dropping it off at the gate, and she needs to get it because I am in a hurry. Turns out the Guard at the gate is a bit tense, too f**king tense… “Left” it at the gate (kinda chucked it out the window) and speed off… Mistake! I probably looked like a f**king angry parent, as I did not “put the rocket down neatly…”

On my way to work in traffic, I heard the forst message bulletin came through on my cellphone and read it, “this just in, ‘…..’ Primary is busy with evacuation protocols for a bomb threat, parents to calmly make their way to the school Block B pick-up area” I thought What The Actual F**k!! NOT AGAIN! I dont have time for this shit right now! Turned around… Approaching the school, I saw the Bomb disposal Van, some dude in padded clothing walking to the gate, and a few yellow tape lined-out about 100m away from him, Carrying… Our… F**king… ROCKET!!! I am like “Guys, Guys, I can explain this…” to the police, but it was too late…

I did some explaining to the Chief guy in charge, showed him the images, and they made this a “training” thing so that it would not look too obvious… I thought I was in the clear until I got a very short phone call from the headmaster, saying I need to see him immediately…

Luckily, no one was harmed and the students are safe. However, the dad had to face the Headmaster for what he did.

After meeting the headmaster, the dad added this on his post as an update.

“I was called in to school to meet with the Headmaster and the board members. Went ok, all they went on about is the fact that I neglected the school’s current state of panic and unknowingly caused an unwanted chain of events. With myself being ex-Military and them now knowing it, They basically asked me politely not to partake in any upcoming events and not to assist with my kid’s tasks as they are intended for their school marks, and it would be a worthless learning experience if we as parents do all the work… I was just warned,” he wrote.