Every dad would absolutely do everything for their children even if circumstances and resources won’t permit. Despite a lack of sufficient funds, this dad gave his son the most awesome gift ever by getting his creative juices flowing and creating the most awesome extreme IKEA hack you could ever see: a kura bed with a hidden nook, a slide, and a pulley.

The term “IKEA Hack” simply means a modification or repurposing of any product bought from the world’s most loved DIY furniture store IKEA. You can find an online community dedicated to helping each other design and improve their IKEA furniture by sharing hacks and how-tos. When you combine various IKEA products to create a totally different piece of furniture, you call it an “extreme IKEA hack.”

Eric Strong decided to do an extreme IKEA hack because his son didn’t want to give up his old toddler bed for his sister who already needs it. His son told him he would only let his old bed go if he gives him the most awesome bed ever.

Eric Strong’s son would only let go of his old bed if he gives him the most awesome bed ever in exchange! 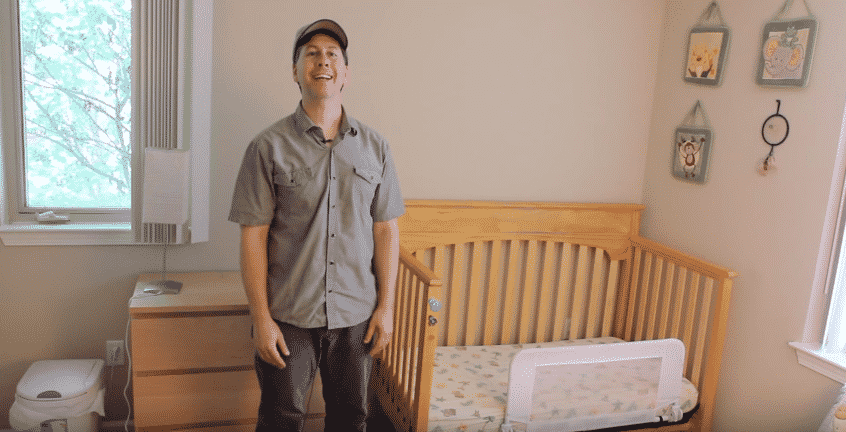 The handy daddy did not have enough budget so he decided to IKEA-hack his way through the dilemma. First, he started doing research. He looked for other people who have already re-designed kura beds. He found a lot of awesome stuff but thought that it’s also critical to align his son’s interest to the conceptualization. Thus, he incorporated the four things that his son enjoys: playgrounds, simple machines, rolling ball sculptures, and a Berenstain detective book.

Eric Strong repurposed these three IKEA products to build his son the most awesome bed ever! 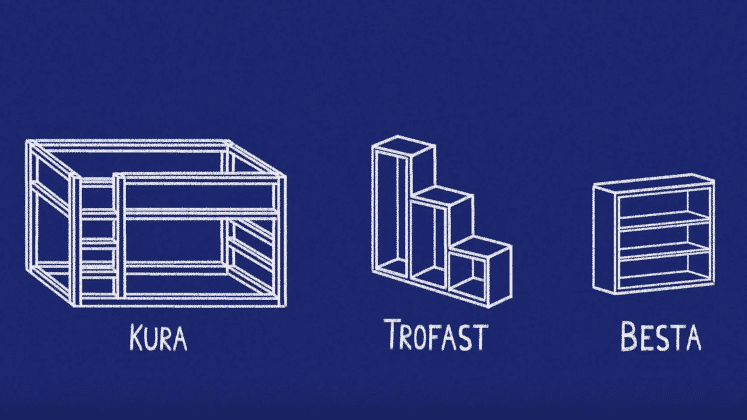 The handy daddy made sure that all of the things his son enjoys are in the bed. 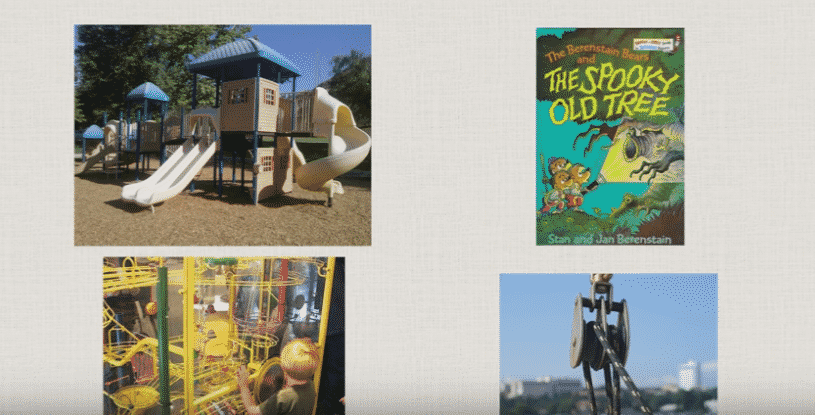 Eric Strong worked day and night in their garage to build the most awesome bribe ever! He combined three IKEA products to built the bed that has all his son’s favorite things.

The bed has a bookshelf that is actually a secret door that leads to a small nook under the bed. 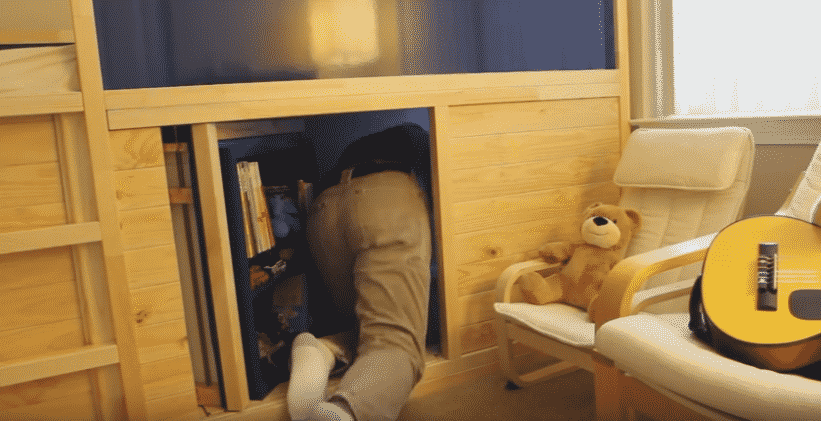 Since Eric Strong’s son loves simple machines, there’s a pulley with a pail at the side of the bed. 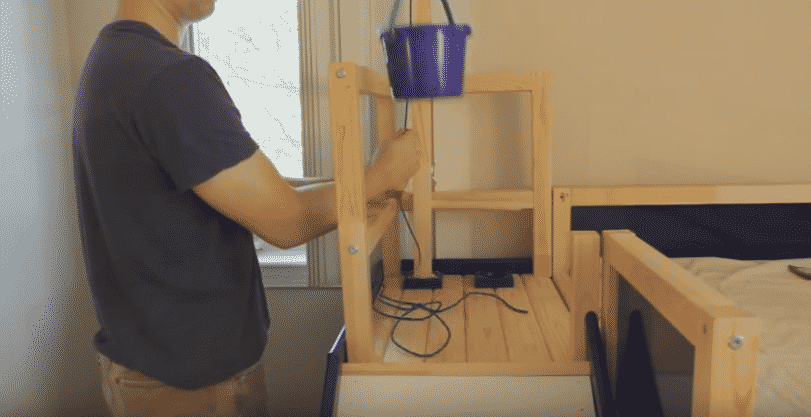 This is the final product. 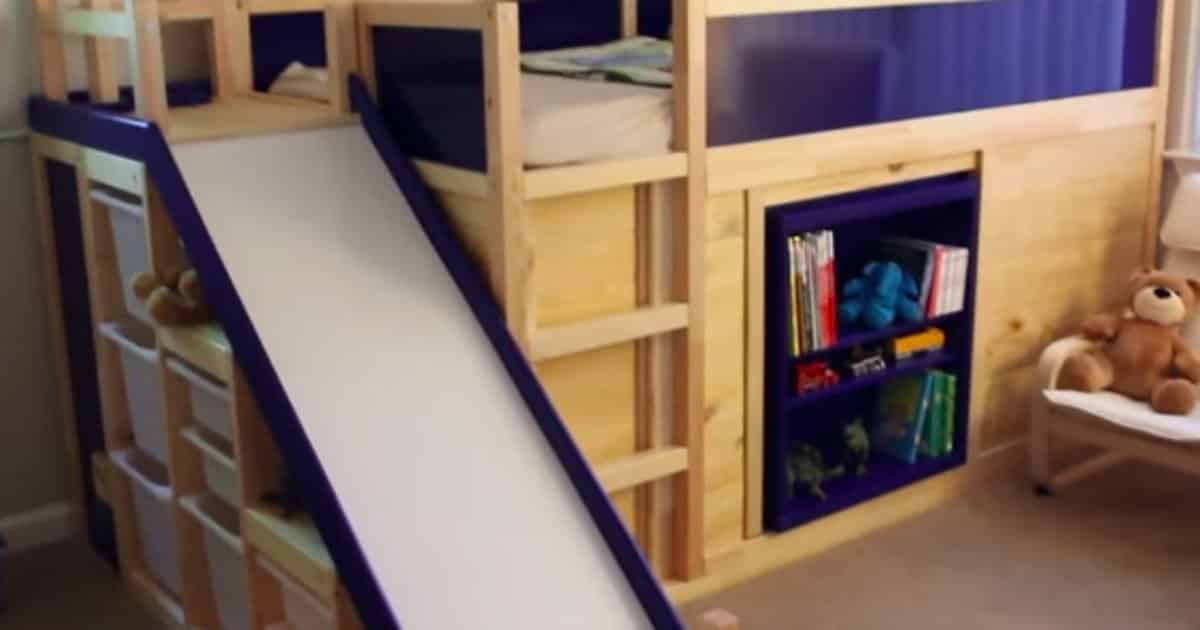 In the video below, he explains how he was able to come up with the concept. But, unfortunately, he did not include the reaction of his son to what he built. It would have been awesome to see his son’s reaction.

Watch the full video about the extreme IKEA hack here: