Cyclones leave a whole lot of stuff in their wake after ravaging cities or towns. All sorts of trash and debris are expected sights after such a violent environmental occurrence. But have you ever encountered sharks among the debris littering the streets post-cyclone? We bet you haven’t, unless you live in Australia, specifically in the northern state of Queensland.

The locals in Ayr, a town in Queensland, woke up to a strange sight as they pass by the street after flood waters went down following the storm of Cyclone Debbie.

A bull shark just lying there, covered with mud. 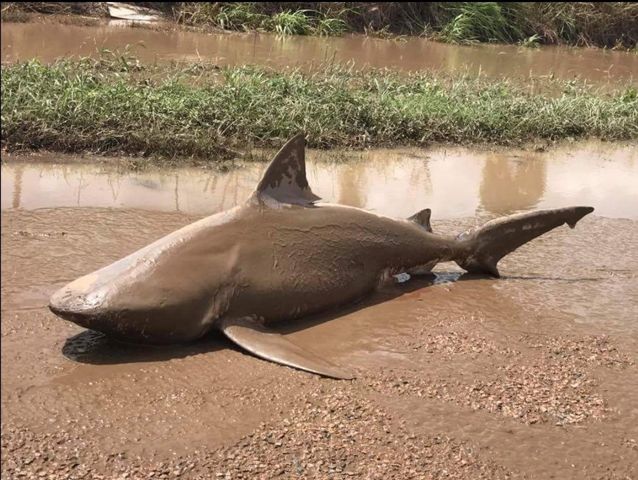 Pictures of the poor shark were posted by the Queensland Fire and Emergency Services on their Facebook page.

Rescuers tried to place the shark to the river, but the poor animal didn’t make it.

Obviously, bull sharks are not normally found in the middle of streets. They live in beaches, lakes, and rivers all over Australia. It is one of the most aggressive sharks in the world. Locals don’t dare swim at the Burdekin River because it is bull shark territory.

As if we need more reasons never to NOT go out when a cyclone is in town. Aside from the obvious dangers, you also run the risk of being bitten by a darn shark.