Losing a loved one is already hard, all the more if they happen to be two of the most important people in your life. The same thing happened to 18-year-old Kazzie when his parents died in a crash, days before his graduation day.

The couple Riley and Emily Portie were riding their motorcycle when they were hit and killed by a drunk driver in Orange, Texas on May 24. One of the first responders at the scene of the crash was Police Officer Eric Ellison of the Orange Police Department. Ellison was also tasked to deliver the bad news to the victims’ family. When he arrived at the house, it was their youngest son Kazzie who was home alone and was the first one to find out about the terrible news involving his parents.

A photo of once a happy and complete family. 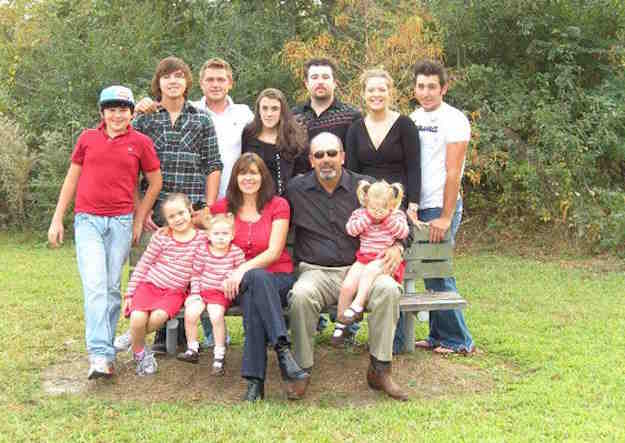 The parents of five, Riley and Emily Portie were riding their motorcycle when they were struck by a drunk driver in Orange, Texas on May 24. The couple died during the crash that left their family devastated.

One of the responders was Officer Eric from Orange Police Department who became the bearer of the bad news to the victims’ family.

Kazzie, their youngest son was the only one home and the first to hear the terrible news from Ellison. According to BuzzFeed News, Desiree Scales of the Orange Police Department said,

‘It was a very upsetting situation.’

Kazzie who was graduating from Little Cypress–Mauriceville High School in less than a week didn’t know what to do after the incident. Ellison was there the whole time and showed his support.

I said, ‘You are going to walk!’ Ellison told BuzzFeed News.
‘Your mom and dad will have front row seats looking down from heaven, and I’ll stand in their place. I’ve got your back,’ he added.

Ellison said he just felt that it was the ‘right thing to do’ after having to be the ‘bearer of bad news’.

He said that both the incident and the family stayed with him since his own 18-year-old daughter also graduated from high school. 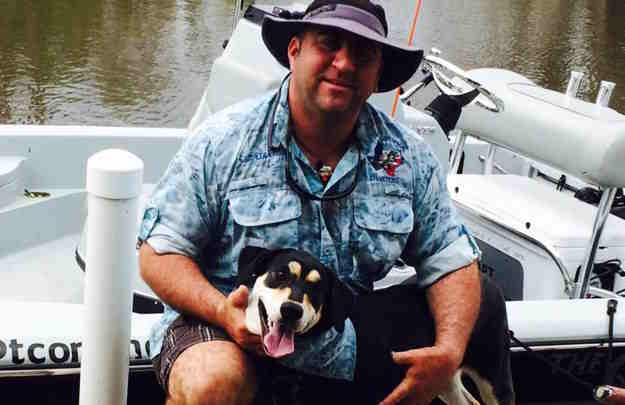 True to his promise, Ellison came to attend Kazzie’s graduation and at least be there for him or represent his parents who would have been so proud of him.

Dressed in his uniform, he waited for Kazzie to reach the end of the stage as he accepted his diploma. 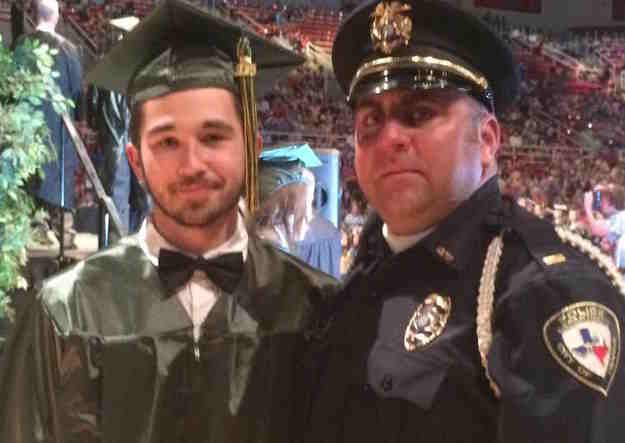 It was a very emotional scene for everyone present at the ceremony as the two shared a hug. 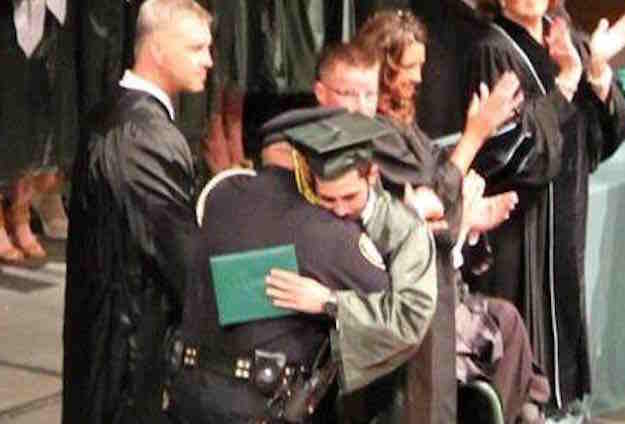 Kazzie told BuzzFeed News that seeing Ellison at the end of that stage ‘meant the world to him’. ‘It was so nice to see that he actually showed a genuine care for me and my family’s situation instead of being just another case,’ he said.

The entire stadium even gave Kazzie a standing ovation. 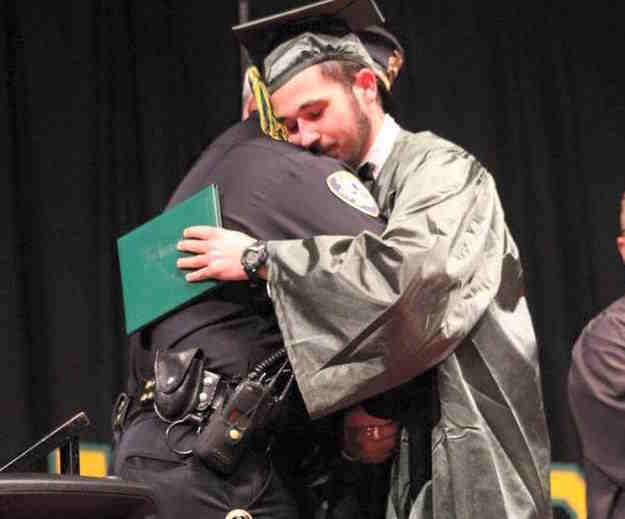 After being grateful for the support and  positive comments he has been receiving ever since the story began to spread, Ellison wrote on Facebook that he was merely doing what he would want someone else to do if he had left his daughters too soon.

‘I just want everybody to remember that through this tragedy, this was all about Kazzie,’ he wrote. ‘And his day to shine.’

Indeed, it was and thanks to a kindhearted man like Ellison who has touched many lives through his bold act.

Kazzie’s older brother Blake Henning posted a video on Facebook showing the entire stadium on its feet when his brother graduated.