“He is our national hero.”
These are the words that Batik Airways pilot Ricosetta Mafella used in describing Indonesian air traffic controller Anthonius Gunawan Agung. Mafella also said Agung is his “guardian angel”.

Heroism has become such a big word that it takes a lot for one to be associated with it. In this case, however, it took the life of a 21-year-old air traffic controller who was working at Mutiara SIS Al-Jufrie Airport in Palu on the central Indonesian island of Sulawesi. The young air traffic controller stayed behind to make sure a plane safely takes off during an earthquake.

Anthonius Gunawan Agung, 21, stayed in tower to guide a plane carrying hundreds of passengers to safety. 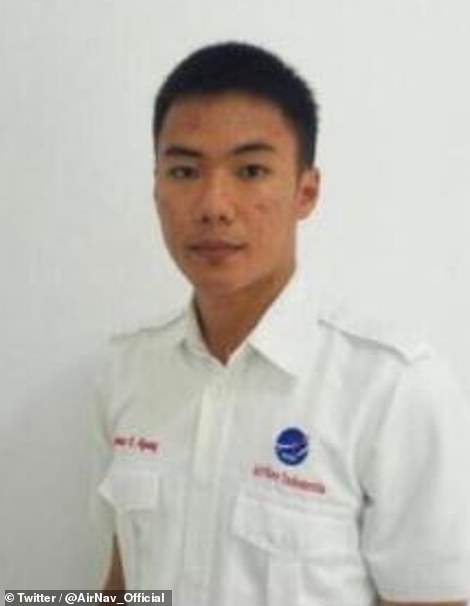 His colleagues had run for their lives when the control tower began to sway. Agung stayed until he had guided the pilots to safety. At 18:02, less than a minute later after the plane piloted by Mafella took off, the 7.5 magnitude quake struck, but Agung stayed and watched to make sure the plane was airborne. His last words were, “Batik 6321 clear for take off.”

His bravery had saved others, but the tower was already shaking so badly by the time the plane took off. Fearing for his own life and for the possibility of being trapped under a collapsed building, he jumped off from the fourth floor.

The aerial shot of the Mutiara SIS Al-Jufrie Airport in Palu on the central Indonesian island of Sulawesi. 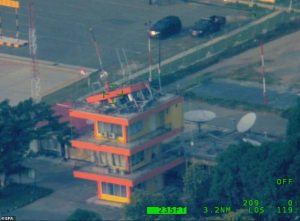 The jump caused Agung to sustain internal injuries and a broken leg. A helicopter was scheduled to pick him up from the airport and take him to another hospital for specialist care, but he died awaiting treatment, way before the helicopter arrived.

Soldiers carry Anthonius Gunawan Agung to his final resting place, just one month away from his 22nd birthday. 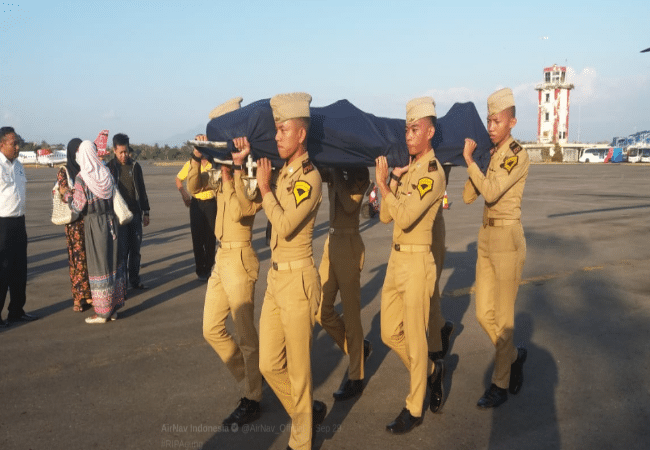 AirNav bosses also increased his rank by two levels in recognition of the sacrifice he made. 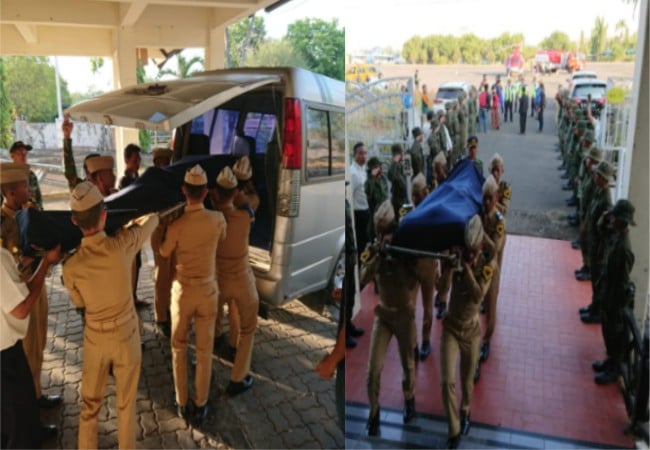 The earthquake that killed Agung had brought devastating damages and deaths to the whole place. The fallout also caused a gigantic tsunami, which killed almost 400 people and injured 540 more in Palu city alone, in addition to those already killed during the earthquake. 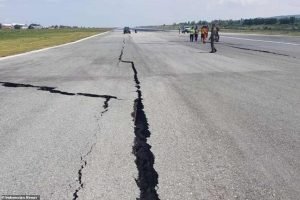 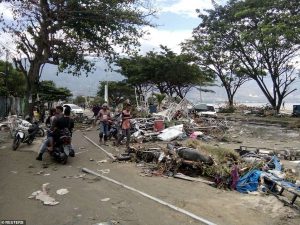 The tragedy left fear for the locals. Most have decided to sleep in the darkness for fear of residual tremors. 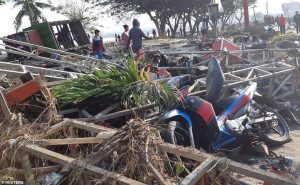 Despite the tragedy, residents still tried to salvage belongings from their collapsed homes on Sulawesi island. 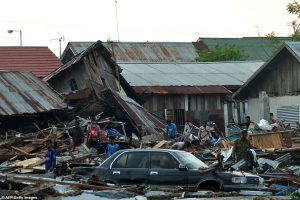 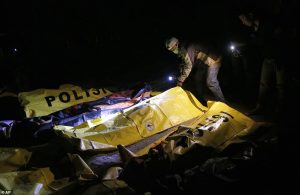 Aerial shots of the damages after the 7.5 magnitude earthquake hit Palu on Sulawesi island. 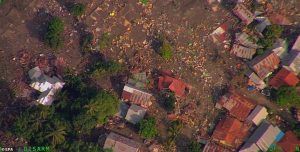 The tragic stories left by the earthquake hurt, but the tale of Agung’s sacrifice quickly spread online, where he was hailed a hero.

“Agung dedicated himself to his job until the end of his life and did not leave the control tower until the plane took off,” says Didiet KS Radityo, the corporate secretary for Air Navigation Indonesia.

“I feel so deeply sorry,” Mr Mafella had said. “I could have died as well. He is my hero and our national hero.”