As if Conor McGregor’s ego weren’t big enough. A life-size sculpture of the MMA superstar was created in celebration of his 30th birthday and it’s worth approximately $66,000.

The piece was created by Lithuanian artist Edgar Askelovic, also known as Aspencrow. The sculpture is called ATLAS and it shows McGregor seemingly coming out of a block of marble.

It took the artist five months to complete the sculpture.

“It is an honor that Conor has accepted this as a gift from me. He is a phenomenon of our time – not just a smart athlete, but also a visionary,” says the Birmingham-based Aspencrow.

McGregor didn’t pose for this one; Aspencrow based this 100-kilogram piece from photos alone. The sculpture is made of marble powder, platinum silicone, and UV-resistant polyurethane resin (for the eyes). 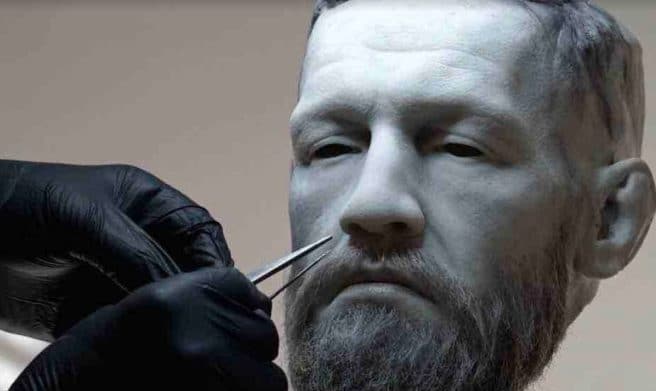 “To create the piece, I looked back to antiquity, when athletes were immortalized in sculptures as gods. And I combined some details from a Michelangelo statue with modern day graffiti to capture the present day’s warrior sensibilities,” Aspencrow explains.

“People of our generation grew up on graffiti and hooliganism, so I’ve displayed part of his tattoos on his back in graffiti.”

The piece was presented to McGregor on his birthday just this July 14th. It was put on display along with two other sculptures at JD Malat Gallery in London. 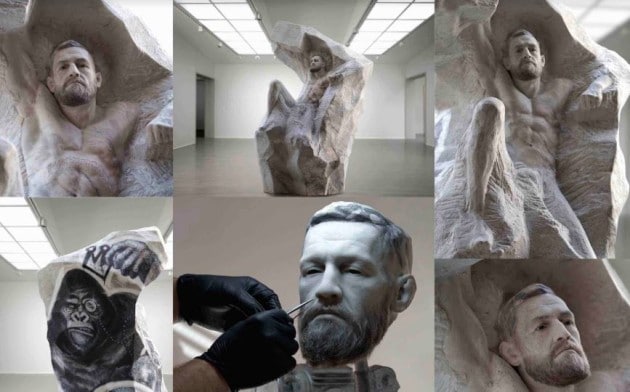 Needless to say, Aspencrow did a tremendous job on this sculpture. This is certainly a million times better than the its first wax counterpart at Madame Tussauds, which was unveiled last year at Dublin’s National Wax Museum. A second one was made and put on display in Blackpool, which was fortunately a huge improvement on the first one.