How much did you spend on your last shopping spree? Floyd Mayweather certainly isn’t one to pinch some pennies. The professional boxer recently dropped a shocking $5.3 million on a shopping trip in Beverly Hills, all in just one particular jewelry store.

Mayweather shows off his new jewelry from Peter Marco. 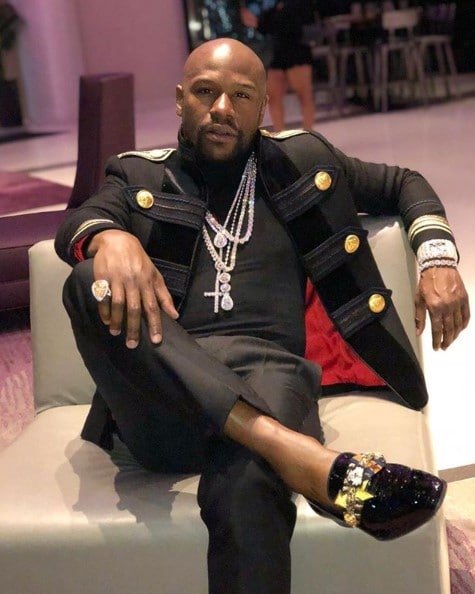 Floyd reportedly got some new chains and bracelets at the store. His purchases include a 3-4.5 carat diamond bracelet for $2.5 million as well as a 30-carat pear-shaped, fancy yellow VVS ring for $2.3 million.

The boxer rounded off his shopping spree by getting a 2-pound yellow gold Cuban necklace and three different watches for $500,000.

If you were wondering, Mayweather didn’t actually pay for everything in cash. The prized pugilist wrote out a check for his fancy new bling.

Jewelry aren’t the only things Mayweather spends a lot of money on.

The shopping spree might be Mayweather’s retail therapy after working so hard on his so-called palace. The boxer has been sharing images of his new home with its 11 bedrooms, 3 kitchens, and 17 bathrooms. We’re not sure why he needs 17 bathrooms but it must be important to him.

Mayweather certainly isn’t slowing down anytime soon. The famous pugilist is expected to face Khabib Nurmagomedov in a boxing match in 2019, so there is little doubt that the rich will just keep getting richer.

Khabib has previously challenged Mayweather after defeating Connor McGregor during the infamous UFC 229 match that led to a post-fight brawl. McGregor lost to Mayweather in 2017. Needless to say, the fight between Khabib and Mayweather is something to look forward to next year.