Investigators are trying to find the real cause of death of a Chinese woman who died during a zipline adventure ride in Chiang Mai, Thailand.

Operators of the Flying Squirrels adventure park initially claimed that the 32-year-old woman identified as Wang Qi died of heart failure during the thrill ride.

However, a post-mortem examination revealed that the tourist had suffered a broken neck and shoulder bones.

“We just knew yesterday that the neck was broken. At first we were told that [the deceased] lost consciousness in the harness. When we reached the scene, officers didn’t know what really happened. It was deep in the forest. So we were told that she fainted or had some kind of a shock.” 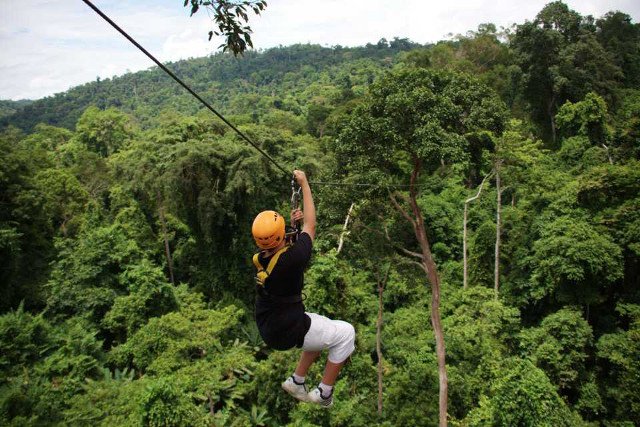 According to Bangkok Post, several eye witnesses informed the police that staff members of the adventure park were supposed to grab Wang at a certain spot in the zipline. Unfortunately, the staff members failed to catch Wang in time causing her to fall to the ground.

Moreover, Masanog revealed that Wang and another tourist were placed together for a zipline ride, which is usually meant for just one rider at a time. Masanog said that the staff decided to put the two together because the other tourist could not make it to the end of the line. Meanwhile, they thought Wang didn’t weigh enough to reach the platform on her own. 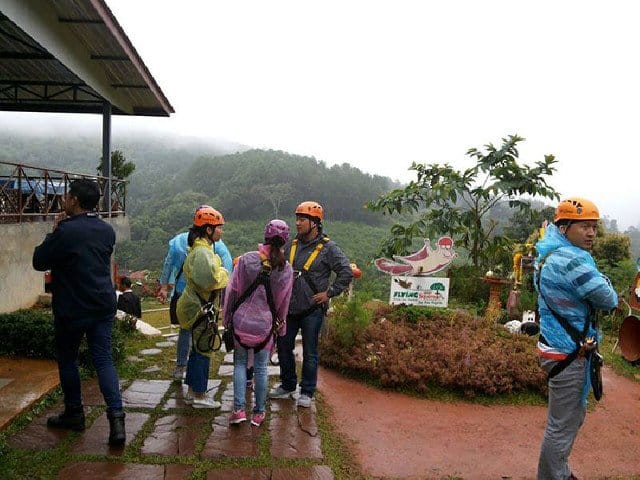 Three months prior to the incident, a 44-year-old Chinese tourist fell to her death from a zipline ran by another company in Chiang Mai.

Stressing that the company had no intention of fooling investigators, Masanog said that Wang apparently flapped her arms in panic during the ride preventing the staff from catching her.

“There was no visible wound on her body at the time, and she looked pale. We thought she was in shock, or she was about to faint, so we applied first aid and called the ambulance,” she explained.

Wang’s companions are urging the Chinese consulate in Thailand to cooperate in the investigation.