A tragic accident in the Philippines involving a cement mixer and a family car led to a heartbreaking result. The incident happened one afternoon in Quezon City as the White Honda Brio was traversing in Mindanao Avenue.

According to Celine Pialago, Spokesperson of the Metro Manila Development Authority (MMDA), the 10-wheeler cement mixer truck was on the southbound lane when it accidentally hit the center island and tilted over on its right.

The father, Ulysses Ramos, 35, was declared dead on arrival while mother Marife Ramos, 34, their children Eulariza, 12; Eugene, 8, and Eurico, 5 were immediately rushed to the hospital for injuries.

Authorities later admitted they had a difficult time rescuing the victims because the mixer wasn’t empty. 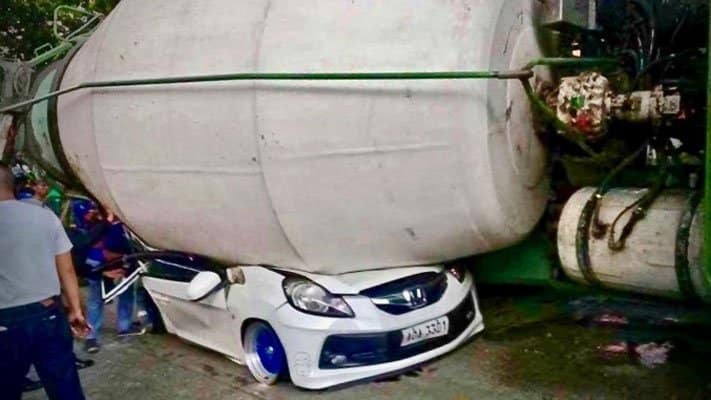 Personnel from the Bureau of Jail and Management and Penology (BJMP), who were nearby the accident area, responded and “propped up the truck with bamboo poles and steel rods to prevent it from further crushing the car,” Inquirer reported.

It took about two hours before they were able to pull the last person from the wreakage. 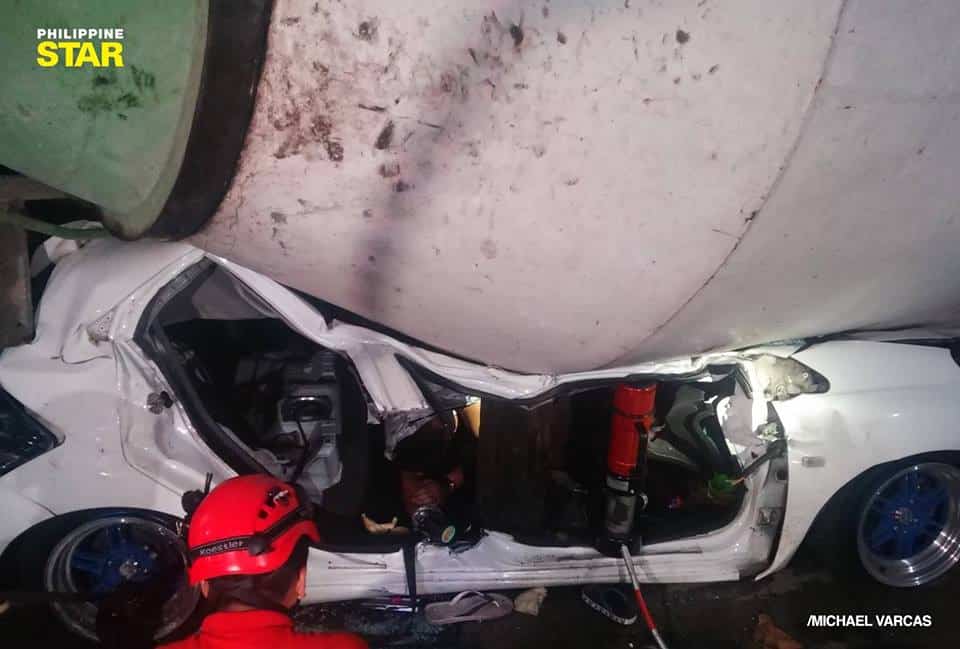 Meanwhile, in a report by CNN Philippines, we learn that Jayson Nuay, the truck’s driver, claimed that he was driving at normal speed when he suddenly lost control of the brake. The 27-year-old man said:

“I stepped on it a couple of times. I turned to the center island to avoid hurting more people.”

An initial investigation later confirmed that the truck driver was definitely not speeding. Nuay is now under police custody and will be “charged with reckless imprudence resulting in damage to property with homicide and multiple physical injuries,” CNN wrote.

Accidents can really happen anytime, anywhere and so whether you are driving a family car or a huge truck, it’s important to be cautious all the time.