For the most part, working parents are left without a choice but to hire nannies to take care of their children. The harsh reality, however, is that not all nannies are trustworthy and some of them can be awfully evil.

Case in point, this father from the Philippines learned that his 1-year-old daughter was being abused by their two nannies while he and his wife were away. Thanks to a CCTV camera, they discovered the nannies’ cruel acts against their poor youngsters.

In an article by SmartParenting, we read that Nathan Javier, the father, shared the horror story on Facebook, detailing what July Cantela Garcia and Anna Margaret Zamora did to his child Adriana.

In the distressing video below, Adriana can be seen losing her balance and falling head first against the floor. The two women didn’t even bother to pick her up but instead frightened her using a “headless” doll, which made her cry more. The cruel nannies, on the other hand, burst out in laughter.

In the second clip, Zamora, is seen “hitting our daughter’s right hand, flicked her hand twice, and finally took her hand to pinch & twist her fingers until our daughter wailed because of the inflicted pain,” Nathan shared.

Shiela, Nathan’s wife, began to be suspicious when they noticed Adriana’s lack of attachment to the nannies.

“My wife felt that Anna could be secretly hurting or pinching Adriana. We noticed Adriana was well-behaved around her yaya, and she would just always sit beside her while her Anna was watching TV. This wasn’t the case whenever we come home from work.

“Adriana is very hyperactive and a happy baby whenever we are around. She loves to play and walk around until 11 p.m.! She didn’t want to be held by Anna anymore if we were home.”

After seeing evidences on the CCTV clips, the couple decided to fire Garcia and Zamora – and eventually to go after them. 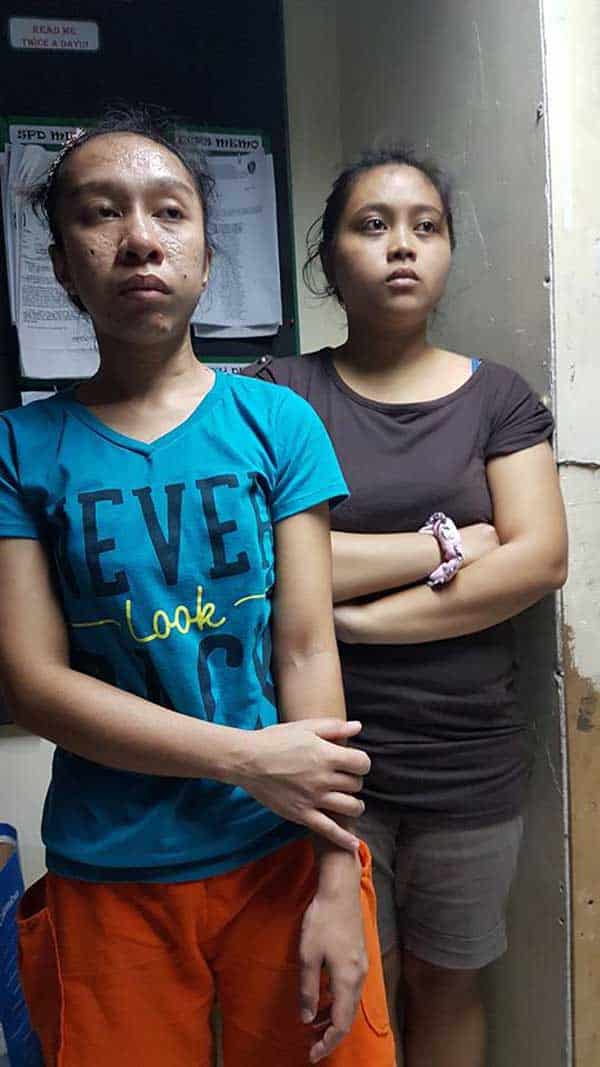 “On the same night, we asked them to immediately leave our home but upon full review of the CCTV, we decided to go after them & asked a police officer to arrest these suspects while they were walking towards the terminal. They are currently detained in a jail and the case is still on-going. We are worried that these suspects can bail out anytime because of the very low bail amount imposed on suspects for child abuse. These suspects have already admitted to habitually maltreating & inflicting pain on our baby Adriana.”

And how has the horrible experience affected the poor baby girl?

“We notice that Adriana would intermittently hit her head with her hands. She is very jumpy, easily gets frightened, and easily gets surprised with trivial matters,” Nathan said. “We are set to meet with a child psychologist to check Adriana’s emotional, behavioral &psychological well-being and give us evaluation on the possible psycho trauma. The results of the evaluation will also be submitted to the court as supporting evidence.”