This is exactly what happened to a cat named Biso, which managed to squeeze itself into a hole in the wall in a metro station in Cairo, Egypt. It was completely trapped since there was no way to get out of there.

It would have died all alone in the dark if it weren’t for an old man named Uncle Abdo,who gave the poor cat food and water through a small gap in the wall. He used to own a small shop right outside the train station and was already looking out for Biso back when he was still a stray kitten.

When Biso got trapped in the wall, the kind man continued to feed him even after his shop closed in 2011. He still went to the station everyday to look after the cat. Biso stayed in that “tomb” for years until help came for him just this month, which started when someone posted this picture on a Facebook page for animal rescue.

The cat’s tail hanging from the wall opening. 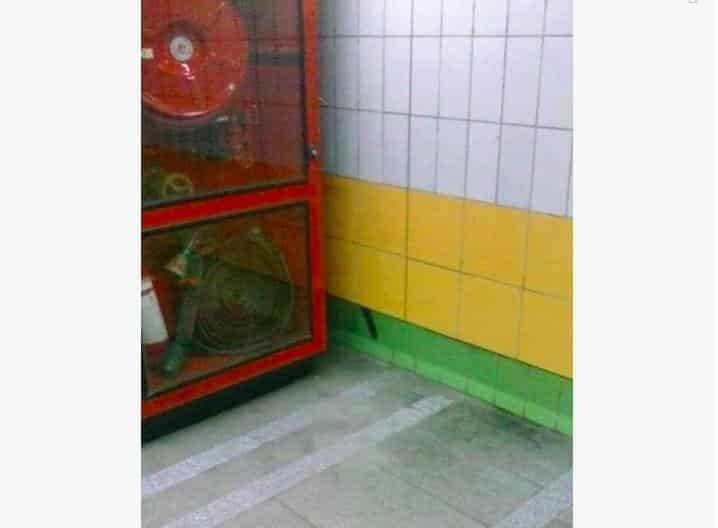 You can see Biso’s tail hanging from a small opening in the wall. Breaking the wall is not that simple since the station is public property. Several animal rights activists decided to put pressure on the employees of the metro station to free Biso. Eventually, workers removed parts of the wall so that Biso could come out. 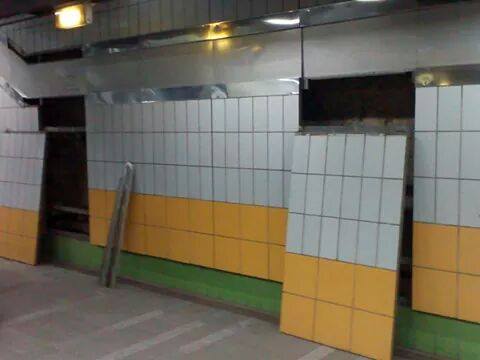 Parts of the wall were dismantled for Biso’s rescue. 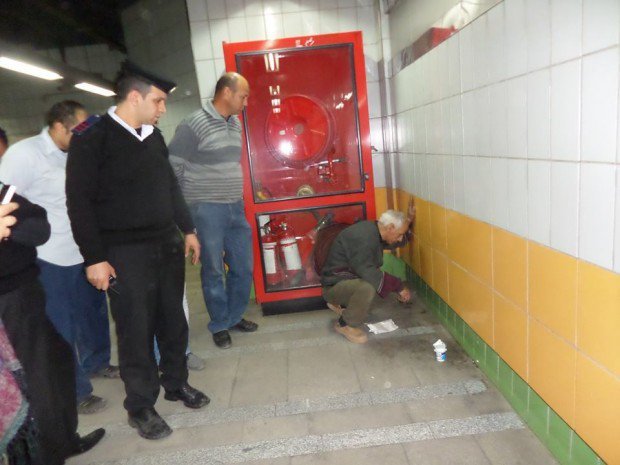 The terrified cat, which hasn’t seen daylight in about five years, wouldn’t come out at first and only surfaced when a worker went inside the hole to retrieve him. The rescue took five hours. Before anyone could catch him or take pictures of him, Biso ran away, presumably to hide somewhere in the station.

Uncle Abdo and one of the activists went around the station to search for the hiding cat. You can see the old man’s total devotion to Biso… such a kind man! I hope there are more people like him and those activists who do whatever it takes to rescue animals in dire situations.