While high diving is always a thrill to watch, it is an activity I would much rather watch than attempt to perform in any way. Why? Well, let me give it to you straight – I simply don’t have the guts to do it! First off, I’m scared of heights and second, why would I even try to pull a crazy stunt like that and risk my life?

This viral video we shared below simply confirmed my fears that, yes, high diving looks much more terrifying when you are up there.

Professional high diver Carlos Gimeno shows us exactly how he does his terrifying stunts. 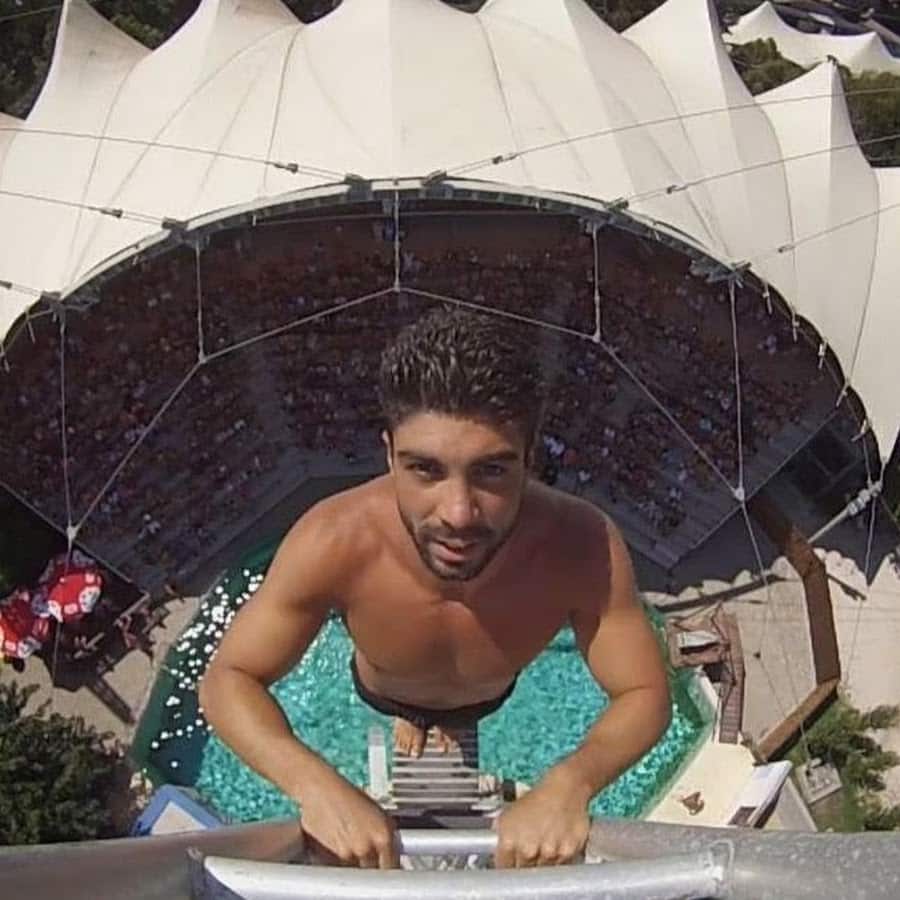 Carlos Gimeno, who describes himself in his Facebook page as a “professional high diver” and “artist at The House of Dancing Water” can be seen doing insane backward handstands while at an approximately 25-meter high diving board – and he does it all with impressive precision. 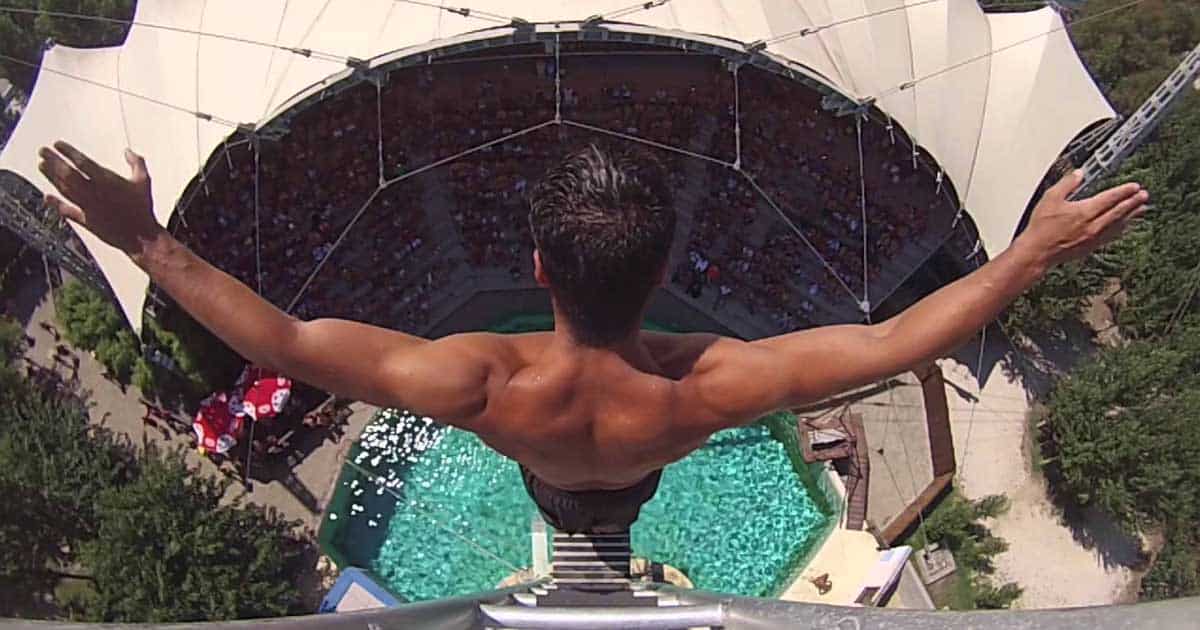 We first took notice of this video just recently after Unilad posted it on their Facebook page. The caption? Well it was short and straightforward – “high diving is f**king terrifying!”

While everyone was totally blown away with Gimeno’s dive, several netizens took the time to inject some humor in the comment section.

“The water would instantly turn brown at the moment of impact if I did that.”

“What I wanna know is how the heck did his balls fit in that pool?!!”

Meanwhile, a netizen pointed out:

“Now he has to climb all the way back up to get his GoPro.”

The message here, of course, is simple – none of us can do what you can, Mr Gimeno. 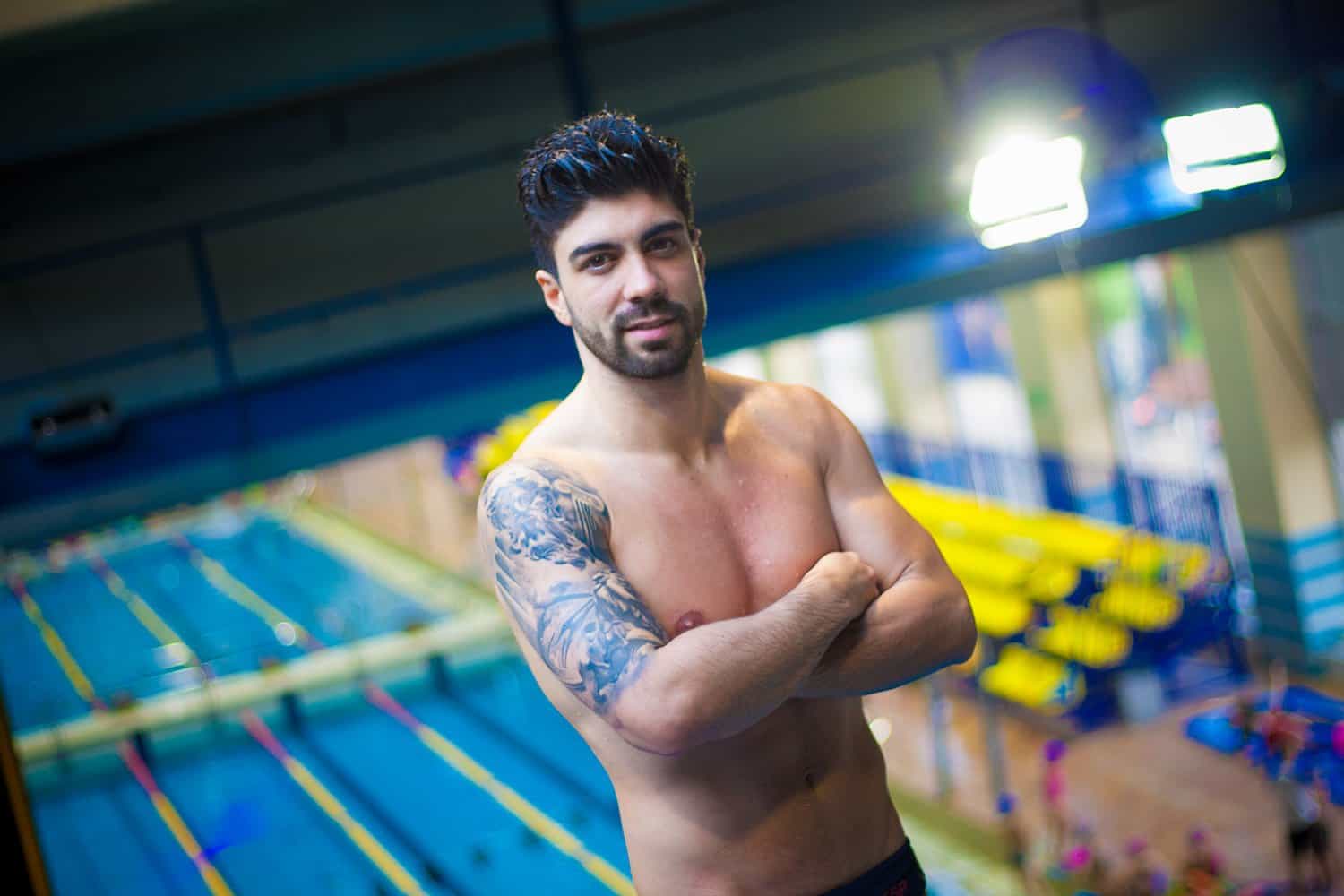 You’ve got balls of steel!