Most of us used to think that arrows are only shot at a straight point toward the target. Some of us even think that arrows being shot in a curving direction is just a stuff of cartoons or movies. But for Danish archer Lars Andersen, shooting to bend around corners is a possible feat — with lots of practice, that is.

It may be ridiculous to think that arrows can move in a curving motion and hit a target with an obstacle in front of it. But Lars has done it and he’s even had human obstacles placed in front of his intended target.

Shooting arrows in a curved direction is something done by ancient English and Arabic archers. 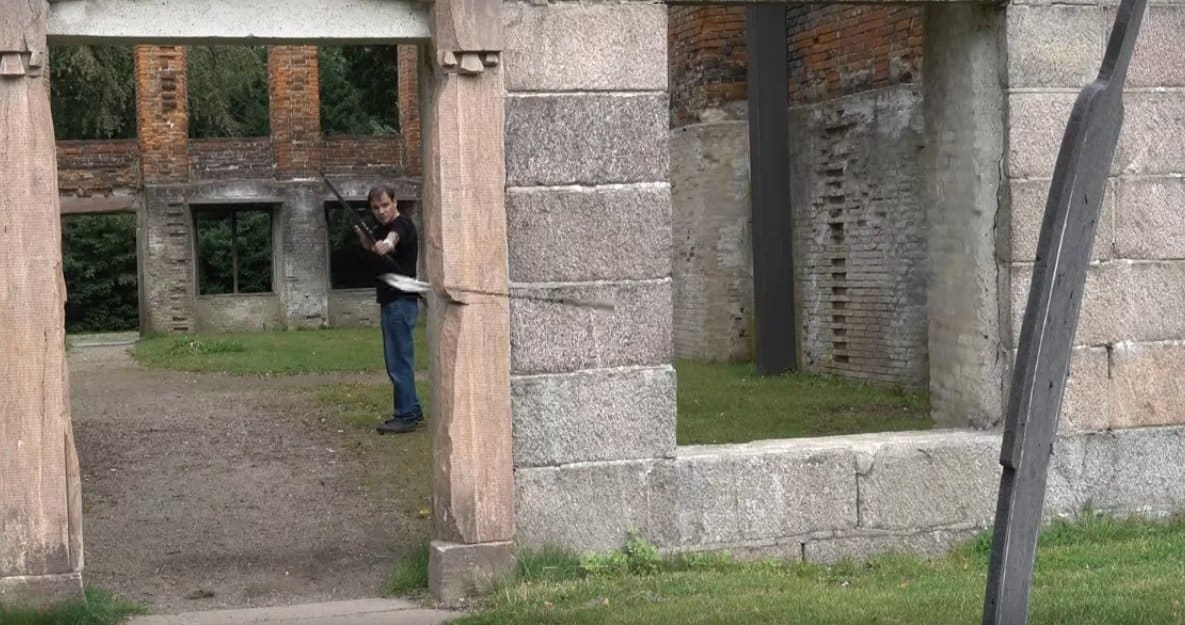 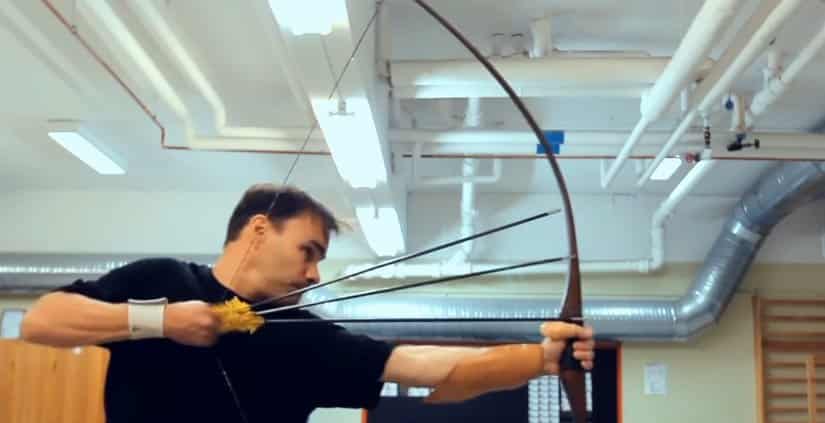 According to Lars, turning arrows is easy to do. 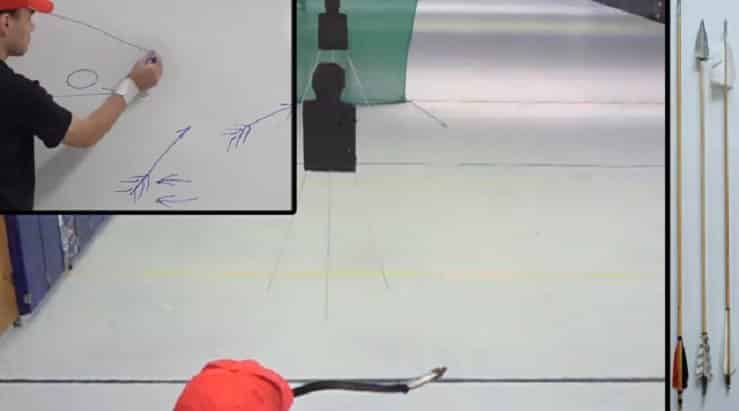 Experienced archers should be able to do this trick, commonly seen in movies. 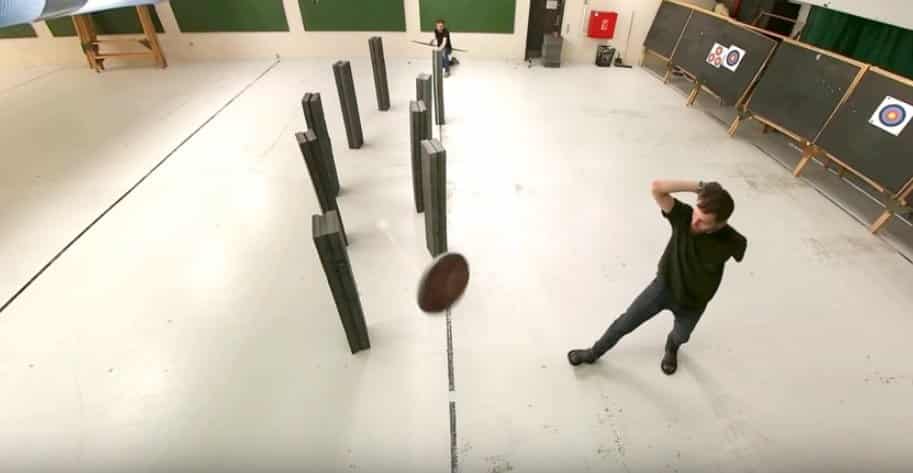 Lars had shot three arrows in 1.5 seconds but his latest trick, which should make you shiver, is shooting arrows that turn mid-air. He can shoot over or even around walls, around people and even make the arrows turn around corners. He even pulled the boomerang shot, a trick that should be done against the wind.

So how is Lars able to achieve this arrow trick? According to him in his video description, the type of arrows you use might help.

“It can be done with ordinary arrows, but it is far easier to learn with an arrow where there is air resistance at the tip of the arrow. Best with a set of extra feathers in front of the arrow.”

However he may have put it, let’s admit it – it’s dangerous! But you have to commend some brave people who were willing to stand in front of Lars’ target.

Lars started using human obstacles only after a "great amount of practice." 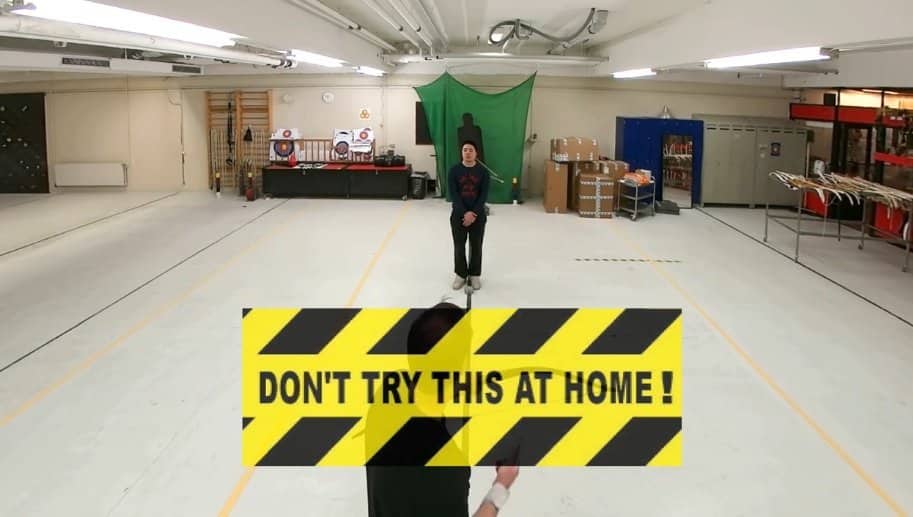 Watch the video below for Lars Andersen’s trick shots. And remember, DON’T TRY THIS AT HOME.

Would you be willing to stand in front of Lars’ target? Share your thoughts down below.