It’s a common scenario where a guy would approach a girl in a non-intimidating way, attempting to start a friendly small talk with her. It’s either the girl continues the conversation and finds a new friend or she dismisses the guy, feeling like a total bitch later on.

Evans started her thread with an appropriate title. 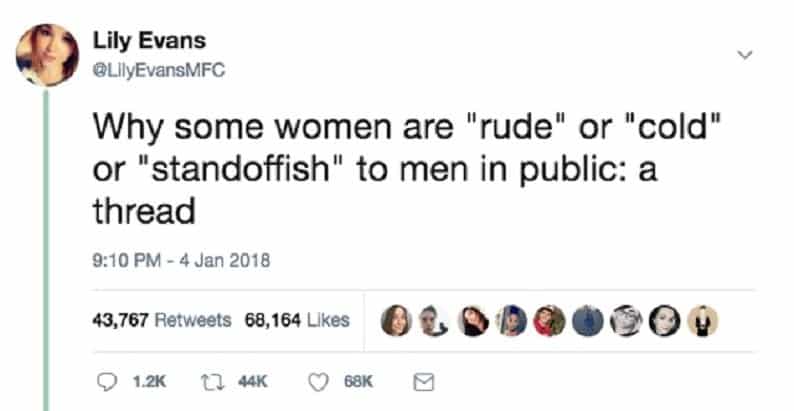 While walking her dog, a stranger started being friendly around her and asked her questions. 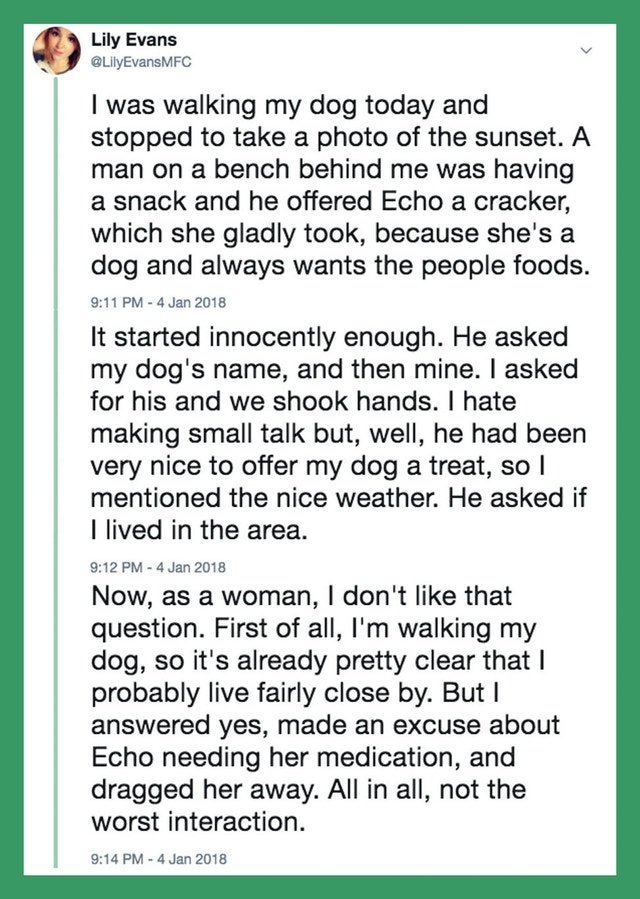 What started out as an innocent small talked turned into a creepy situation when the man started asking Lily if she lives in the area. It is generally considered slightly intrusive for someone to ask such question but maybe it was just a small talk.

But Lily and the stranger’s paths crossed once again. 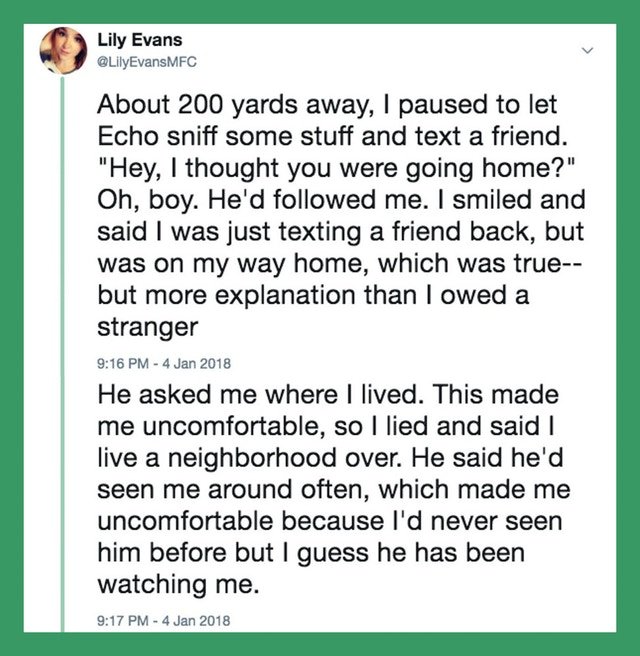 Evans thought maybe the guy was just being friendly but his vibe did make her uncomfortable. 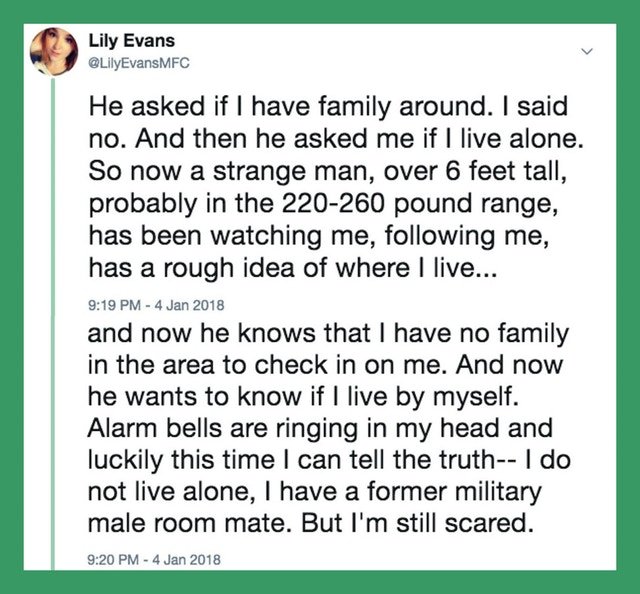 The man continued with his questions. And then he made a shocking move when he invaded Evans’ personal space. Evans wrote how “terrified” she felt at that moment.

The stranger proceeded to hug Evans. 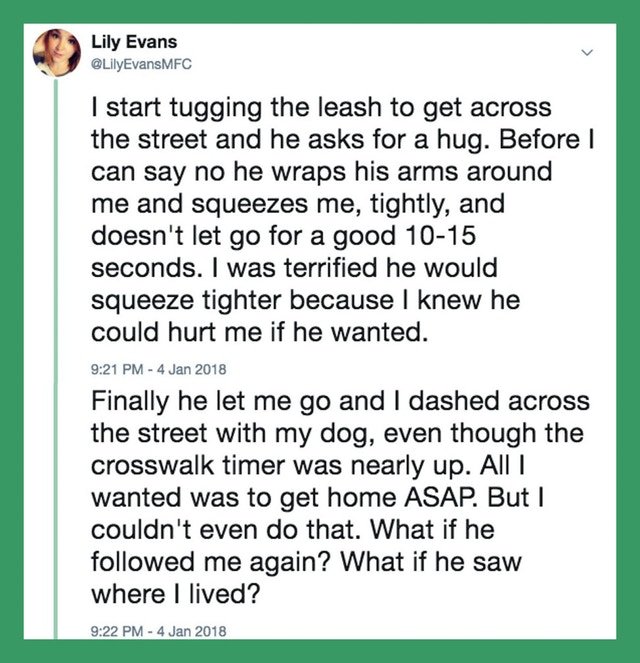 Evans hurriedly went home, and at the same time, felt really scared that the man would follow her and know where she exactly lives. Fortunately, the coast was clear and the man didn’t follow the 26-year-old. Still, the experience left her upset and the thing is, that wasn’t her first time. 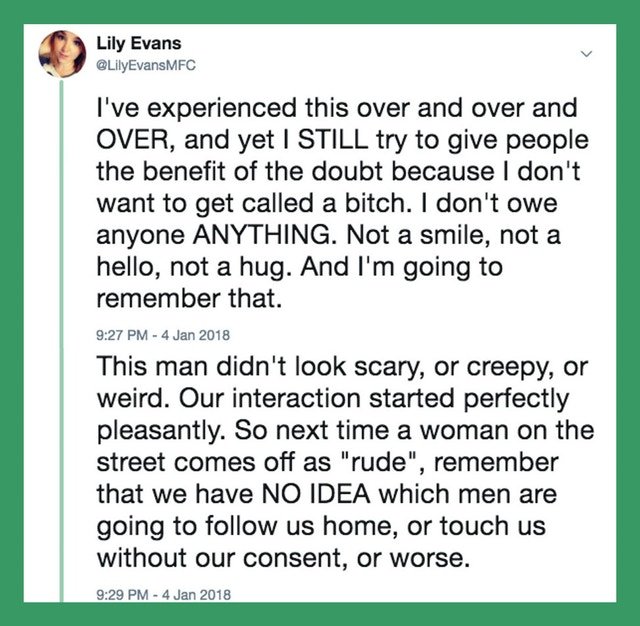 Evans’ post went viral and prompted other women to step forward and share their own traumatizing experiences. Men also shared their reactions, with some feeling sorry it had to happen to Evans. They also assured her that not all men are creepy like the stranger who approached her. Evans agreed that there are undeniably nice men out there but the point is that one can’t really know the true intentions of a stranger until everything’s too late. There’s no way of knowing how a simple, innocent “hello” can quickly escalate into a dangerous situation.

Evans hopes to let men know that if a girl acts cold toward a male stranger, it’s nothing personal. “We’re just trying to be safe,” she said.