A Buddhist master recently gained viral attention on social media because of her unique way of blessing a structure. As the reports tell us, Master Huiyen was invited to bless a temple located in the central Nantou County, Taiwan.

In the bizzare video below, you will see Huiyen performing a ‘purification’ ritual at the Longshan Shanjue Temple. She did it by twirling around for about 152 times while sprinkling water straight from a disposable drinking bottle. When the water runs out, she just throws the bottle to the ground and then her assistants rush to hand her a new one. 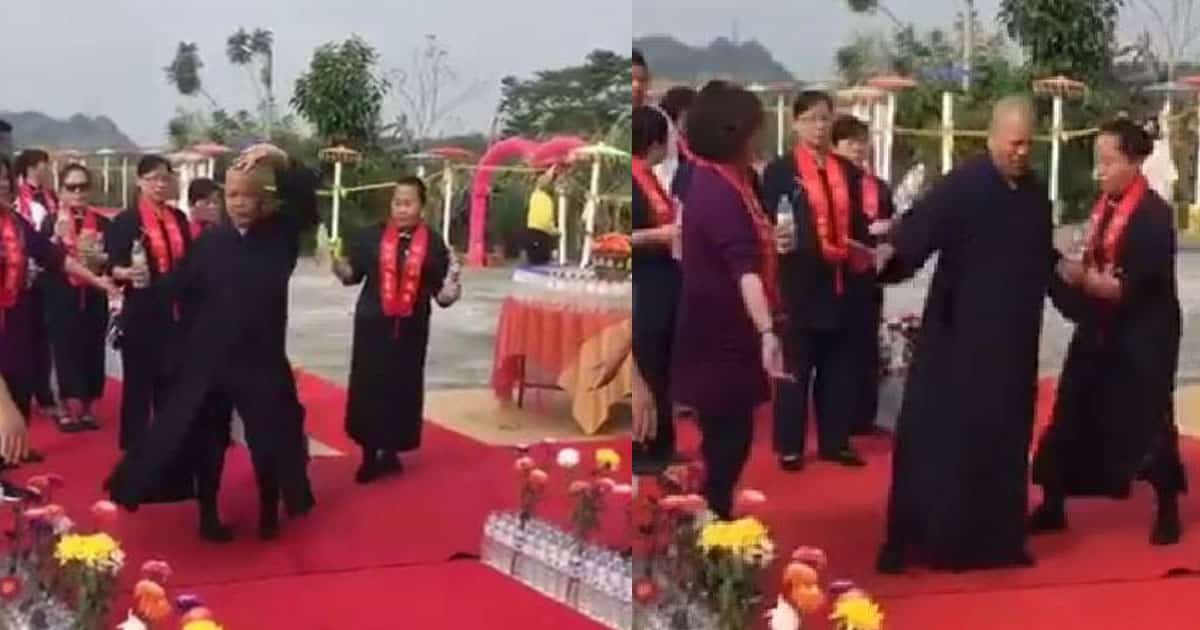 Eventually, however, all the spinning caused the monk to feel dizzy – and so she ended up vomiting all over the carpet. 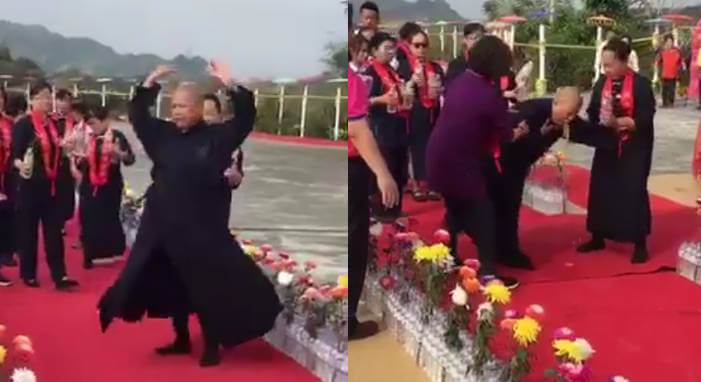 In an interview, Huiyen later said that she blessed Taiwan’s economic growth by “spinning open the center compass, the compass between the sky and the earth” and that she did so under the command of Bodhisattva.

When asked about why she puked on the floor at the end of the blessing, she explained that “the gods is granting her gold,” a report wrote. She likewise added it was probably because of lack of exercise and sleep.

Well at least she mentioned that part. The “granting gold” stuff definitely just makes things – and her – sound way weirder.

Watch the 4-minute video here to see how it all happened:

“She blesses you with holy puke.”

“If that’s blessing then I have been blessing places for years.”

Also, the video has inspired a parody on Instagram as posted by jimyan:

It is also worth-noting that most Taiwanese netizens said they do not believe Huiyen’s spinning blessing was a legit Buddhist practice.