Having visited various kinds of temples, I find it uneventful to go see a new one again. But the Xuan Kong Si Hanging Temple, an architectural wonder built at the foot of Mount Hengshan near Datong in China, is definitely a temple to visit.

Constructed more than 1,500 years ago, the suspension temple hangs 246 feet or 75 meters above the ground. It is believed that the one-of-a-kind temple was built by Monks to avoid floods. Moreover, the temple was strategically put beneath an overhang to protect it from the sun, rain, and snow.

Evidently, the temple has withstood the test of time.

With 40 rooms and halls connected by a series of walkways, bridges, and corridors, the temple houses more than 80 statues and carvings of bronze, clay and iron, each coming from a particular dynasty which have maintained it through the years.

This 1,500-year-old hanging temple located at the foot of Mount Hengshan near Datong in China defies gravity. 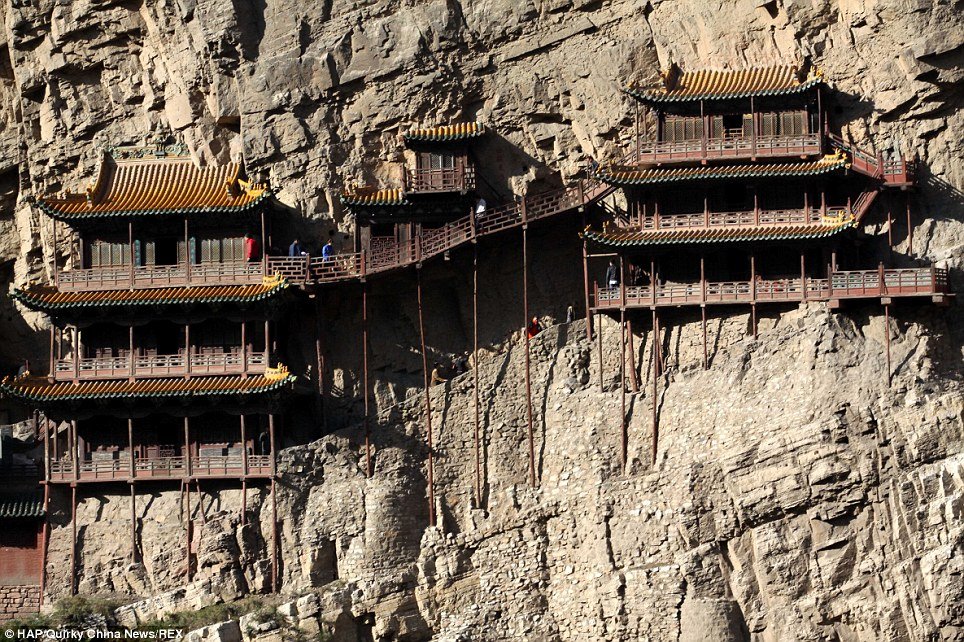 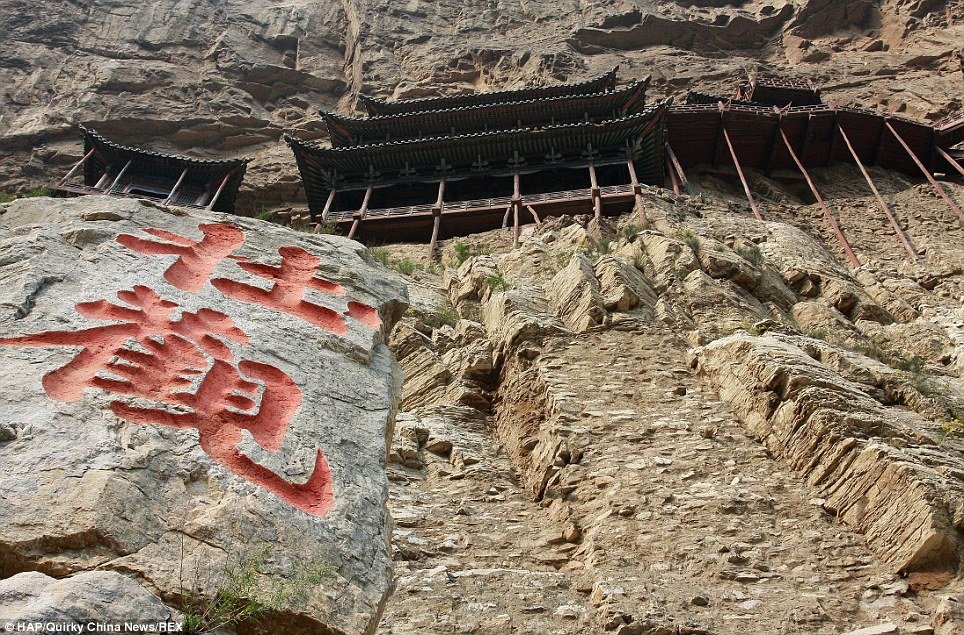 It is astonishing to know how the suspended temple still remains in top condition considering wooden pillars are its only structural support. 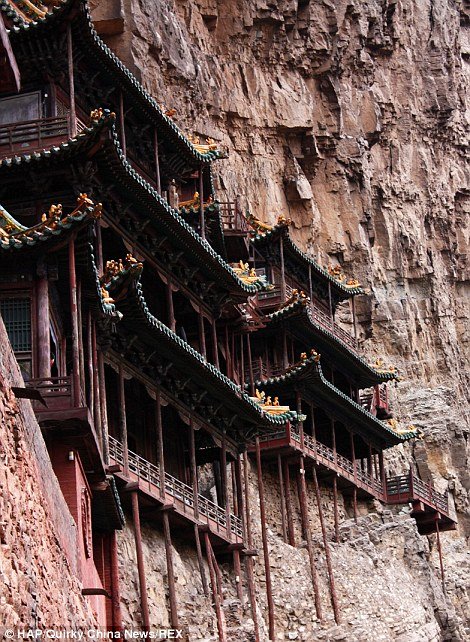 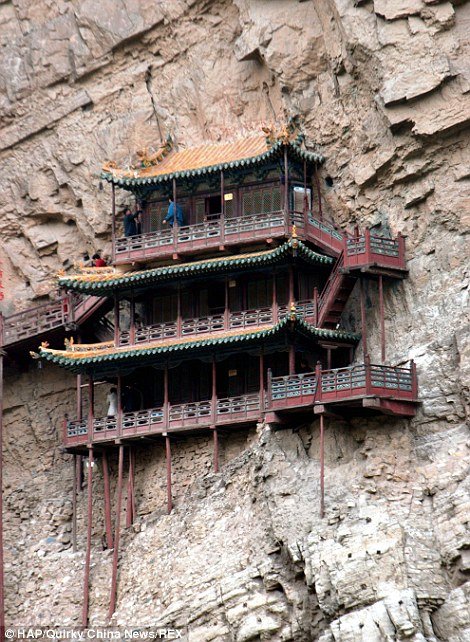 Believe it or not, it is the only temple in the world that combines Buddhism, Taoism and Confucianism, three traditional Chinese religions.

Although the temple is built on a cliff, touring the hanging temple is quite easy. 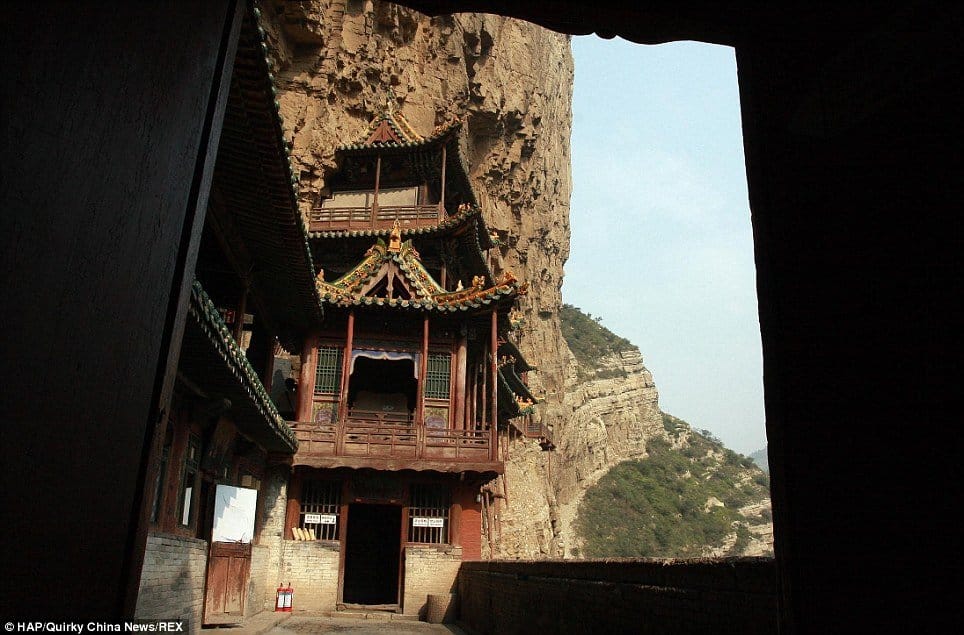 Bedrock serves as the main support of the structure, while oak beams fitted into the holes engraved into the cliff holds the temple together. 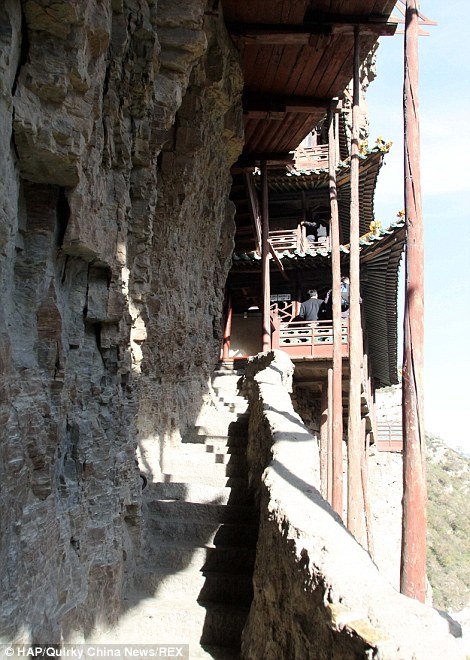 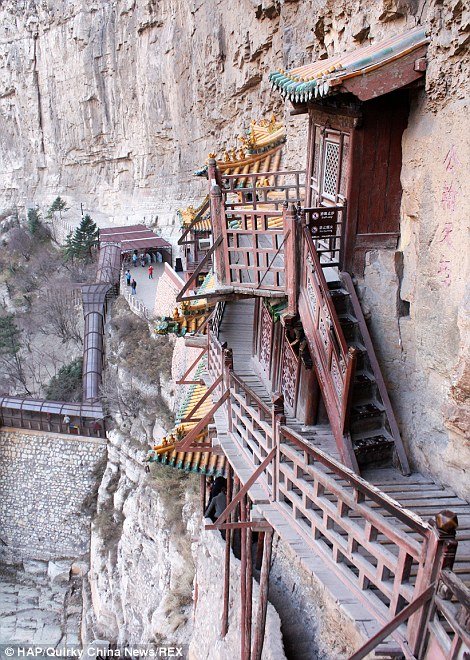