In the northern city of Sapporo in Japan, specifically at Makomanai Takino Cemetery, one can find a spectacular architectural design that was erected more than a decade ago. It’s only recently that the hill was sculpted to reveal the spectacular surprise – a giant statue of Buddha.

The statue of Buddha was sculpted about 15 years ago but in December 2015, Japanese architect Tadao Ando completed the hill, which has been planted with 150,000 color-changing lavender plants. These flowers turn fresh green in spring, becomes pale purple in summer and then turn white with the winter snow. In an essay for DOMUS magazine, Ando explained what he had done with the hill and why it was designed that way.

From the foot of the hill, the statue of Buddha looks like a small temple. 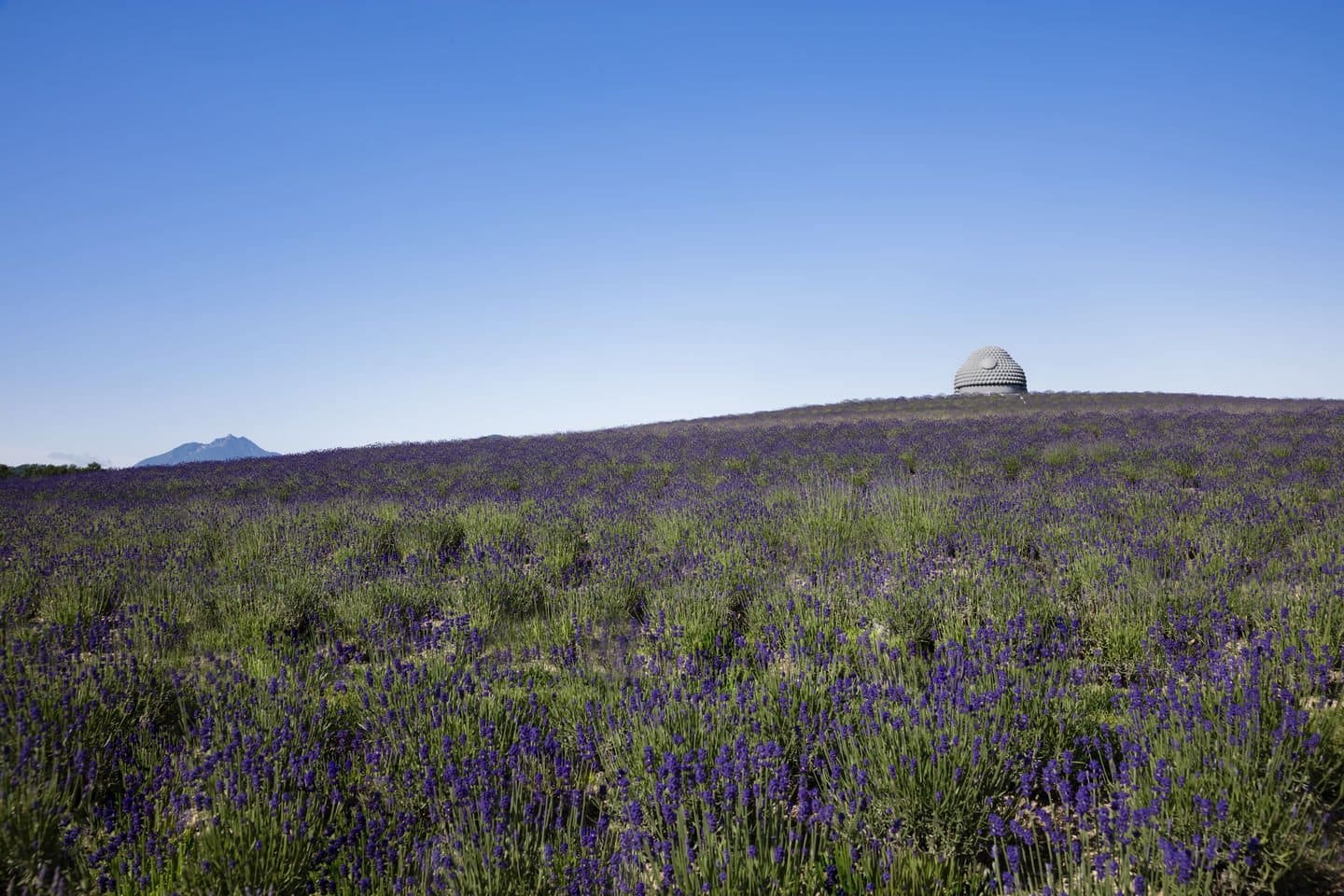 Another view of the statue from afar.

But after walking 40 meters through this tunnel…

Visitors get to the foot of the 13.5-meter tall statue. 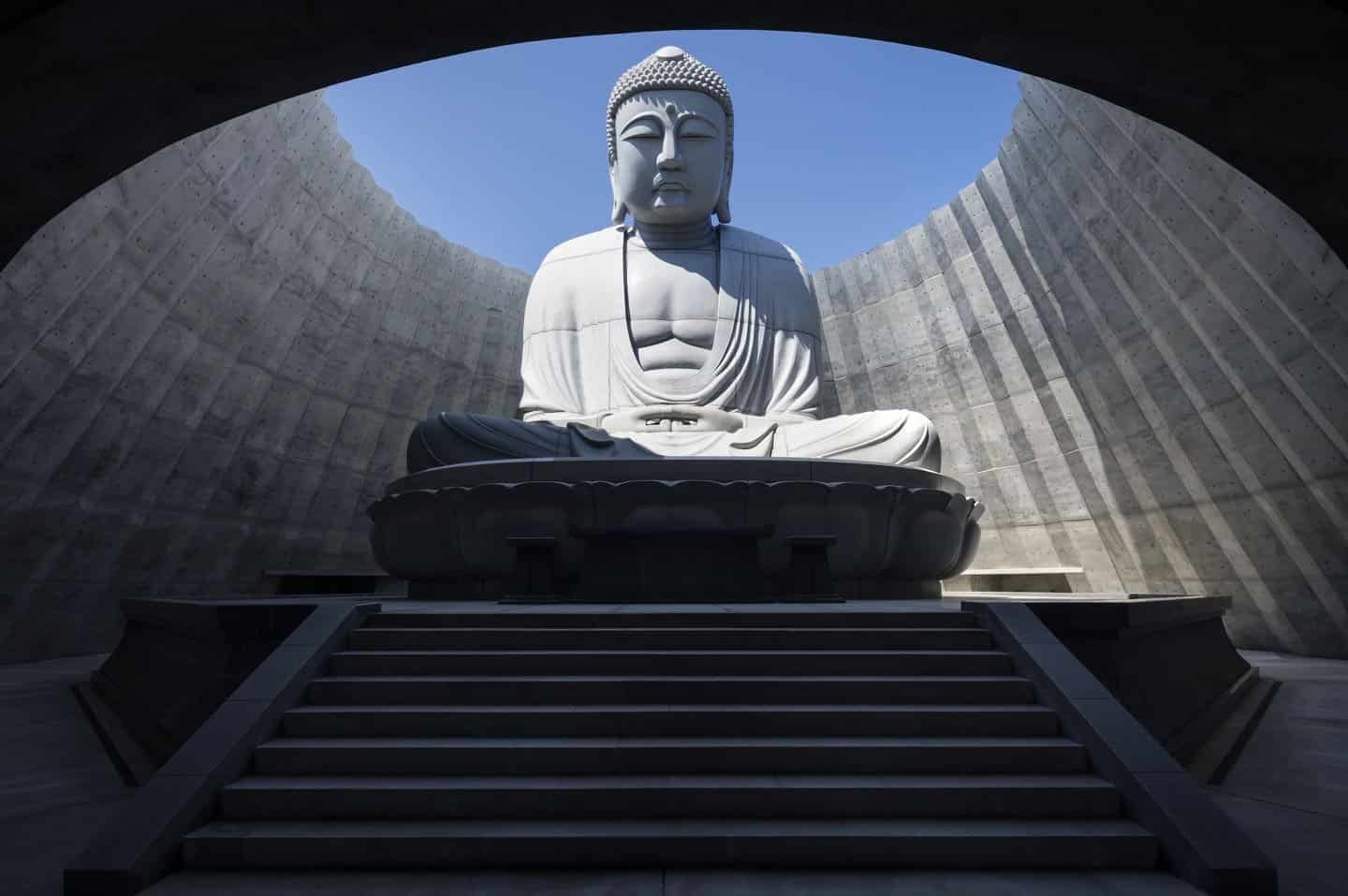 Ando’s project was completed in 2015… 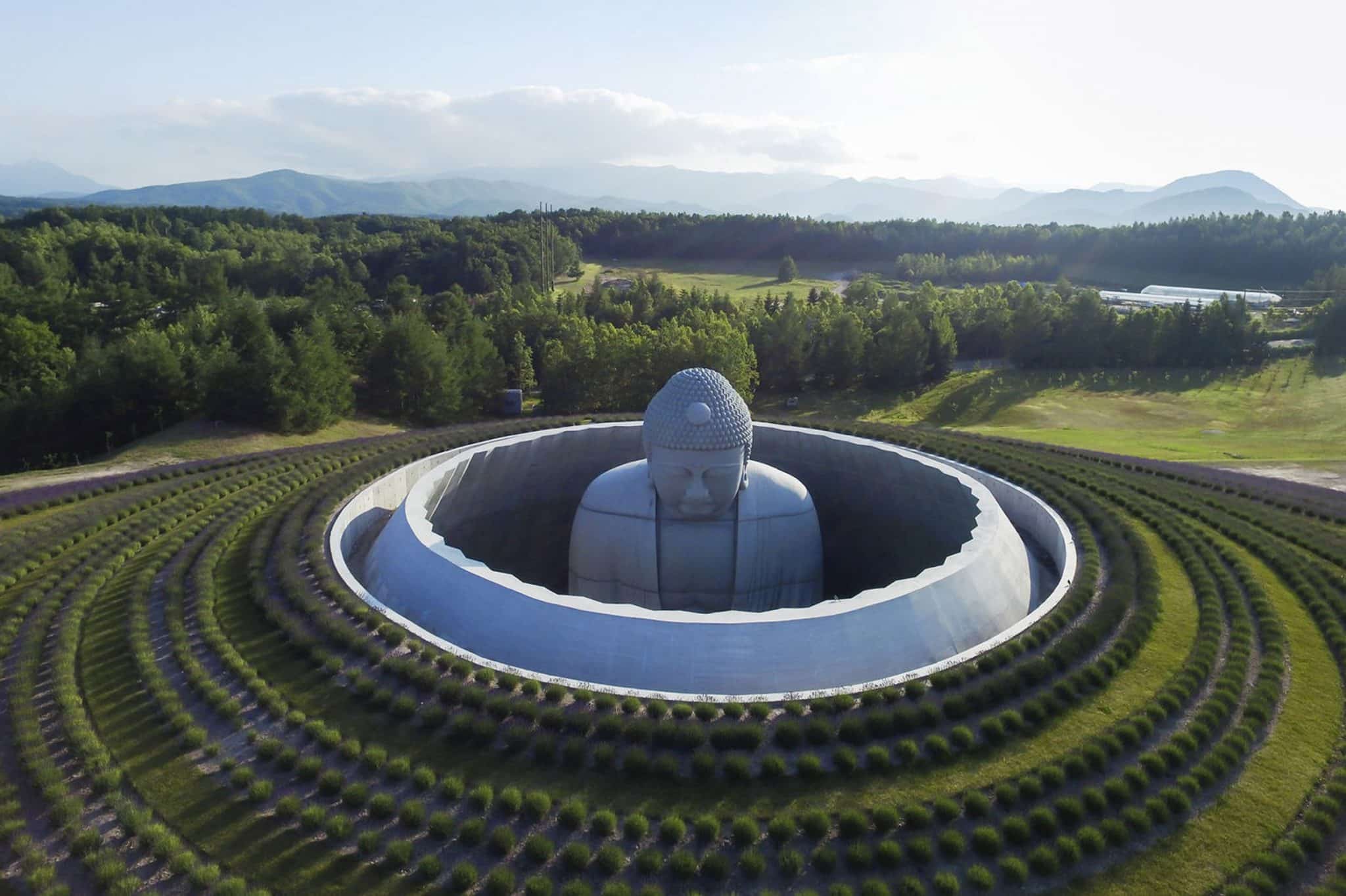 But stunning photos of the area recently made rounds. 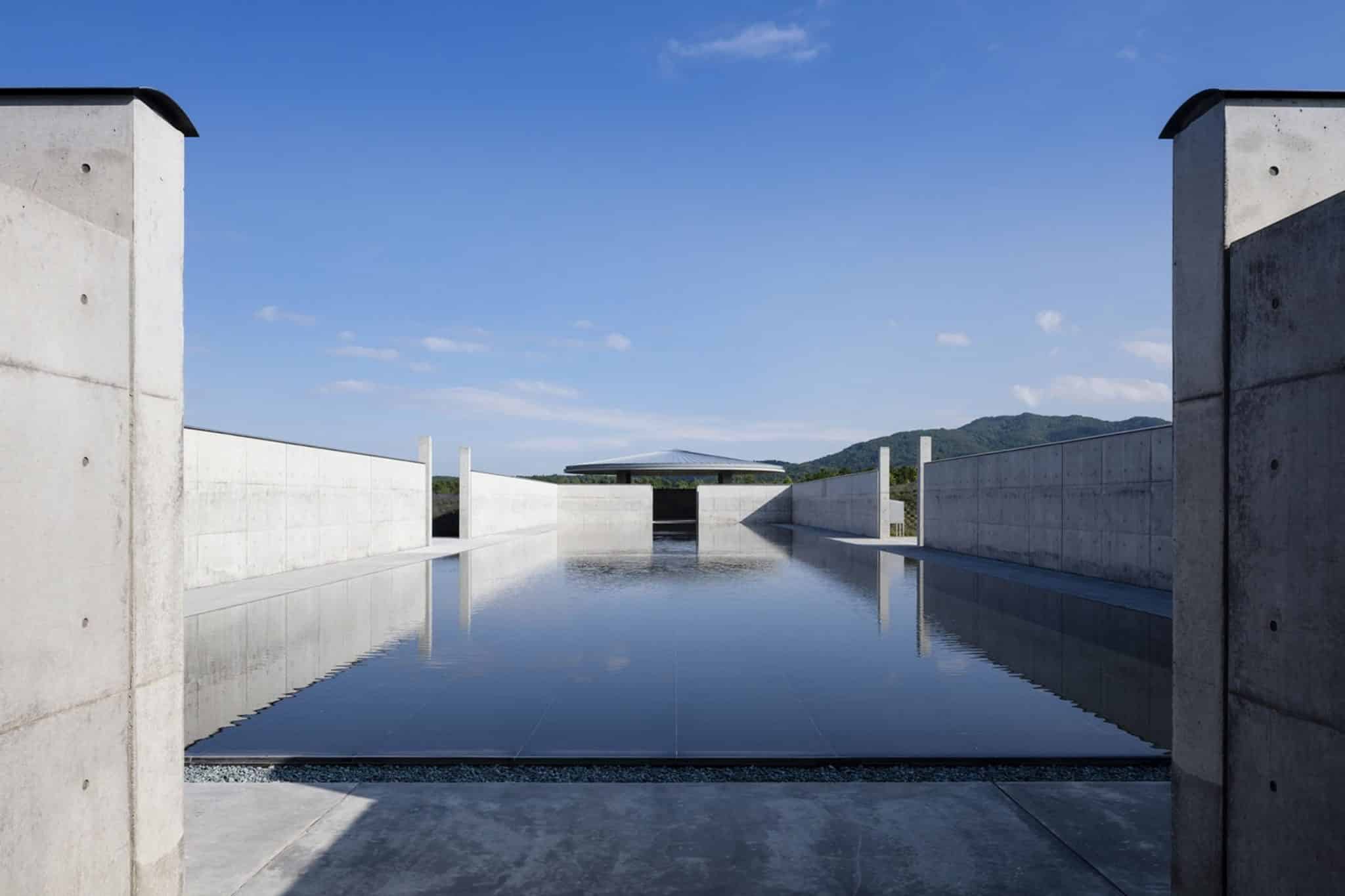 As Ando described in the essay (via Vitra), the giant statue is made of “fine highly selected solid stone.” The Buddha has mostly been alone in the field until Ando decided to do something about it to give visitors a “more serene appreciation of the Buddha.”

The long tunnel is dim to give it a somber atmosphere, as well as, build the anticipation for the giant statue. Once at the center, the area is naturally lit with the opening above, which also makes the statue appear as if it has a halo on the head.

“Our idea was to cover the buddha below the head with a hill of lavender plants. We called the idea the ‘head-out buddha’.”

One that can also enhance the majestic sight of the sculpted giant Buddha.

Check out the breathtaking drone footage of the Hill of Buddha below.