This poor boy, who was a Grade 2 student at as school in Thailand’s Khon Kaen province, was on his lunch break when he decided to play among the trees in the school premises. The boy is known to be quite adventurous. Those who know him say he is particularly curious about animals. So, when he saw a gecko (called “tuk-kae” in Thailand), he wanted to play with it. He didn’t think that the creature would harm him.

The boy must have reached out to touch the gecko that was latched on to a tree. However, the gecko jumped out of the tree. Then, it ended up biting the boy’s upper lip.

The curious boy got a nasty surprise. 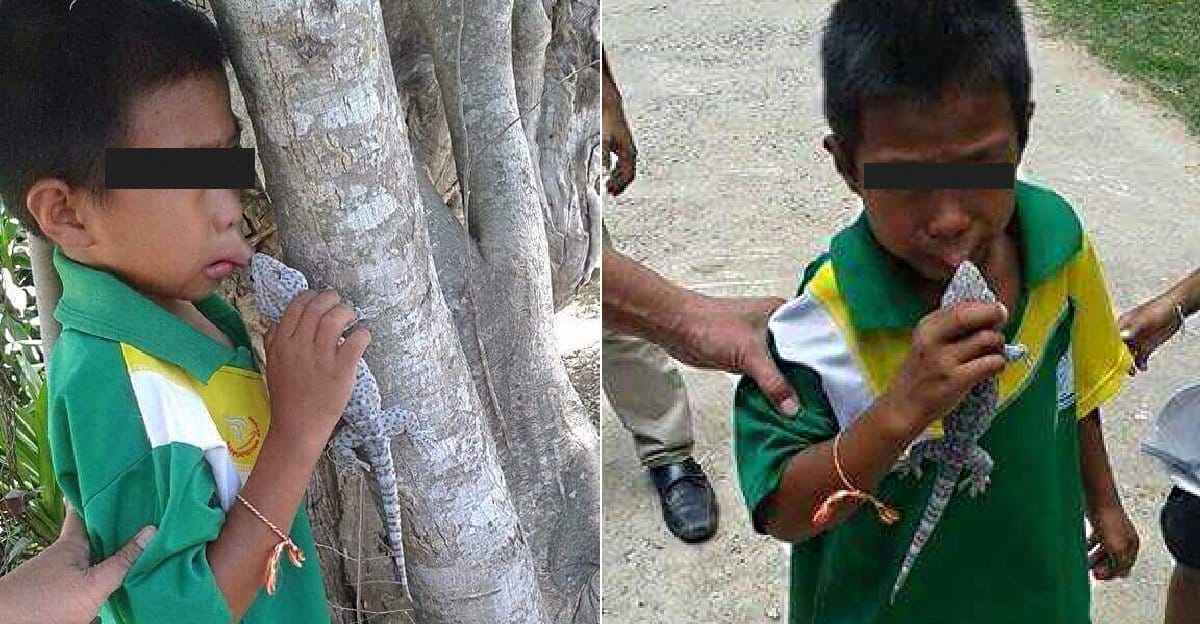 Naturally, everyone was alarmed when the boy cried out from the pain of the gecko’s “lip lock.” Unfortunately, most of those who came to see what happened didn’t exactly know what to do about the situation. They were afraid the gecko would only hurt the boy more if they tried to pull it away.

The school authorities contacted a rescue team. When they were asked what was wrong, a teacher took photos of the boy and sent the images to the rescue team. The boy was crying all throughout his ordeal but he still managed to hold on to the body of the gecko.

The gecko latched on to the boy's upper lip. 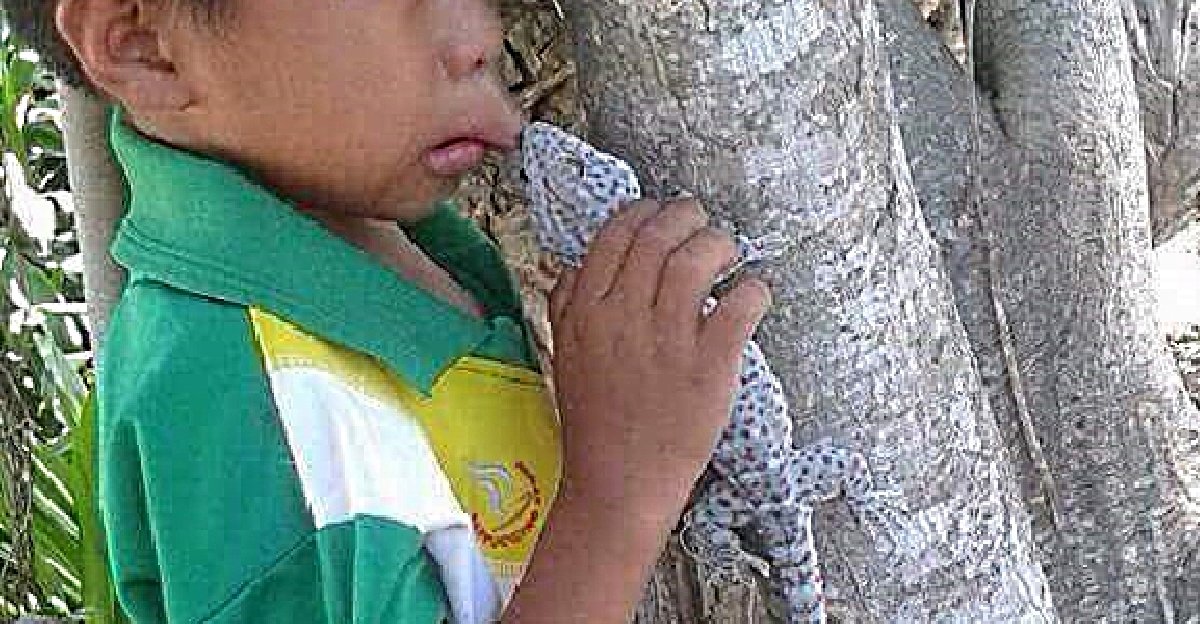 The team from Wangnua Rescue arrived at the school and quickly performed the much-needed intervention. It was said that the medics used a spoon to gently pry off the gecko’s mouth from the boy’s upper lip.

After the gecko was pried off his upper lip, the boy was given first aid. Then, he was then taken to a hospital to get tetanus shots. 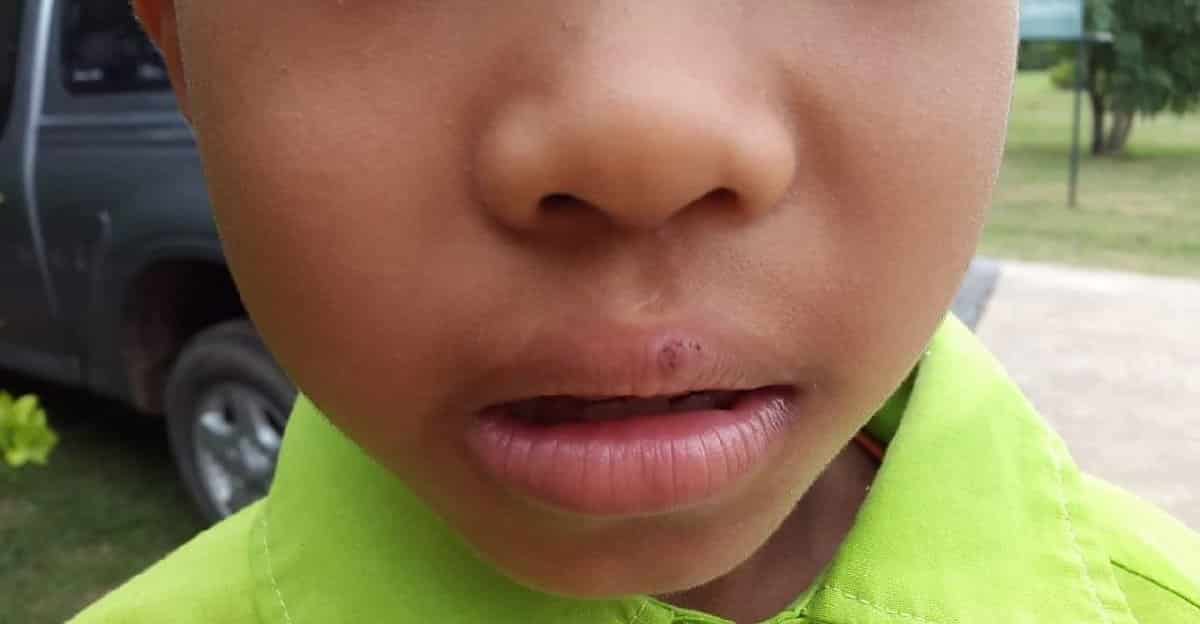 An update posted on the Wangnua Rescue Facebook page indicates that the boy didn’t suffer any serious injuries. In fact, his family disclosed that he is back to his normal self. He’s still as curious as ever.