Imagine having to live in a mountainous region where vehicles labor through the torturous zigzag climb up steep roads, then back again. Picture bumper to bumper traffic.

Residents of La Paz, Bolivia, particularly those living in the El Alto mountaintop city, have reason to rejoice. They now have the world’s largest cable car system to help them navigate the endless rush hour traffic in this region where 2 million people live.

Thanks to 11 kilometers of gondola lines. 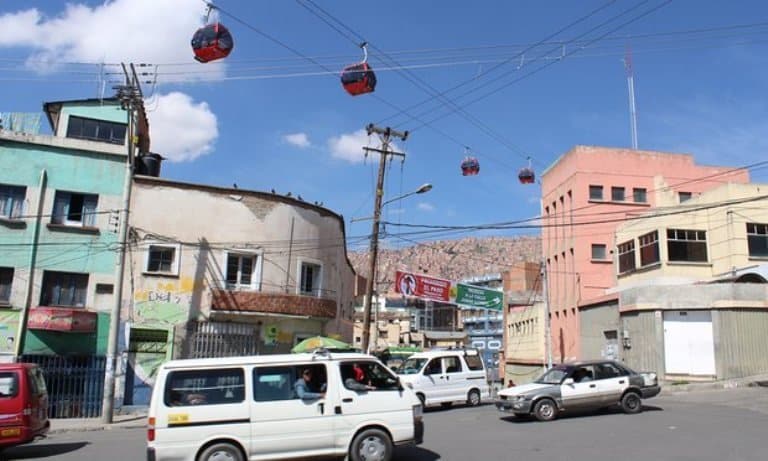 With close to seven miles of cables winding their way 500 meters from the world’s highest mountaintop metropolis and across neighboring cities, the cable car network passes through 11 stations with sleek, modern terminals.

It is the longest cable car network in the world. 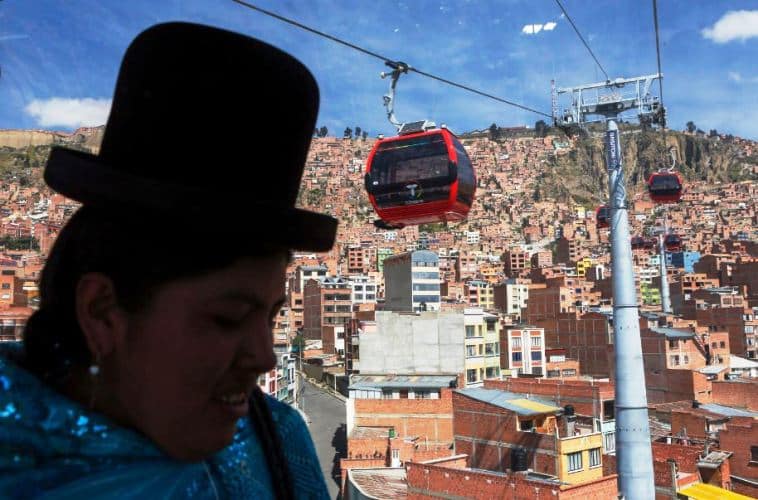 While mountaintop roads provide a tiring and tedious means to get to bustling La Paz nearly 4,000 meters below, it means more than an hour of treacherous and unsteady terrain.

But its a perfect fit for cable cars. 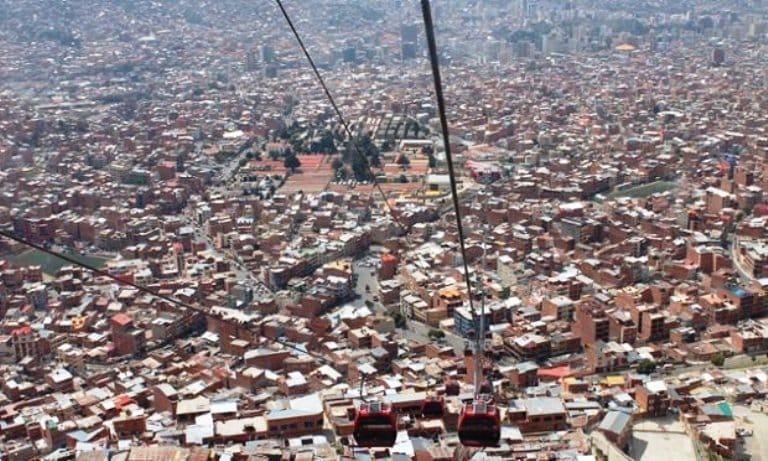 The gondola system will save commuters a lengthy, uncomfortable commute amidst blaring horns and smoke belching vehicles.

In total, the system’s three lines of cable cars can accommodate up to 18,000 passengers. The pods can take them 11 kilometers to their destination within an hour.

Previously, residents living in El Alto needed to wake before dawn to fight their way to a bus, and make their zigzagging commute down the mountain to their jobs in the cities below. 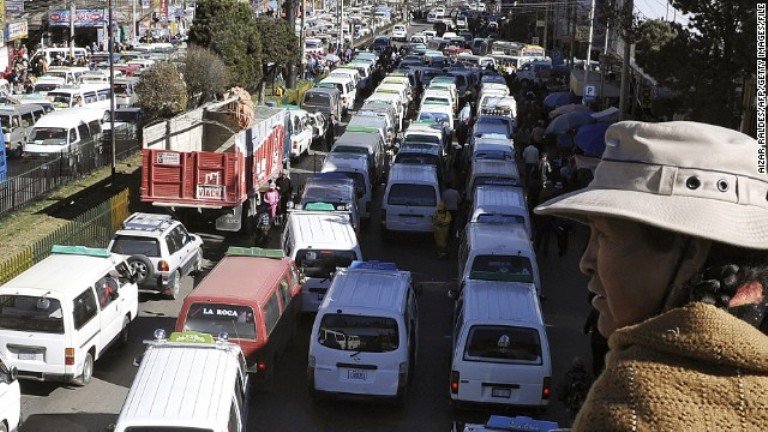 More importantly, apart from easing traffic congestion, the cable car system runs on electricity, which considerably cuts down on pollution.

As an added plus, passengers will get to relax with a beautiful view of the glacier-capped Andes mountains, and the colorful sight of La Paz’s labyrinthine streets down below.

The picturesque view from above. 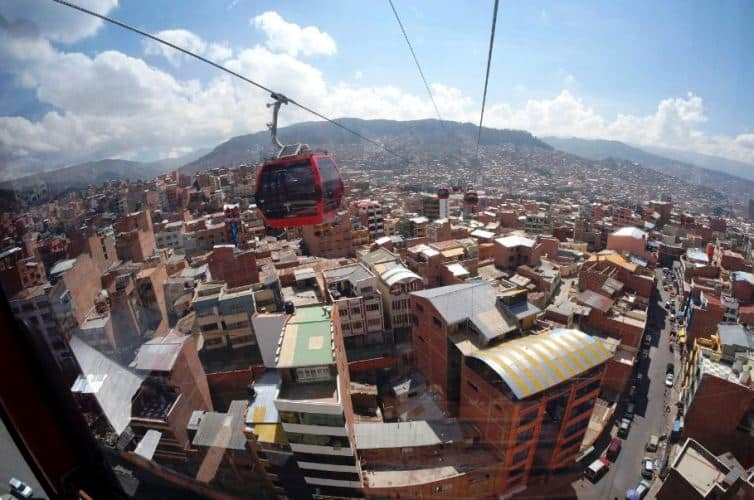 Built by Austria’s Doppelmayr Garaventa Group, La Paz’s gondola system cost a total of $234 million to build. Commuters will be paying anywhere from 2.50 to 3.50 bolivianos ($0.36 to $0.51) to get from El Alto to La Paz’s commercial district. A reasonable rate competitive with ground transport fares.