Traveling to popular or even secluded island destinations will require you to get on the plane or ride a boat. Even then, there are certain areas that ferries and boats cannot reach. But with the existence of the unique marine vessel, called Airfish 8, traveling to those areas can be a lot easier.

Running on a race car engine and bearing the look of a seaplane, the Airfish 8 can revolutionize the way people travel. Developed by Singapore-based firm Wigetworks, the craft doesn’t need a runway to dock as it can easily land on water, which means harder-to-reach areas like remote islands will be much easier for holidaymakers.

Although it looks so much like a plane and hovers, Airfish-8 is registered as a merchant ship. 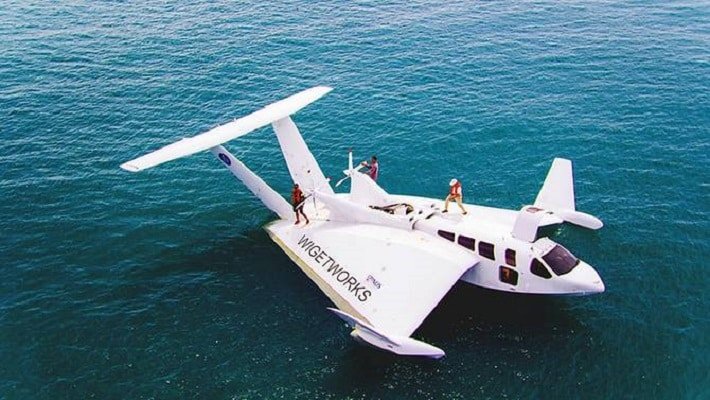 Airfish-8 can hover two to six meters above the water. 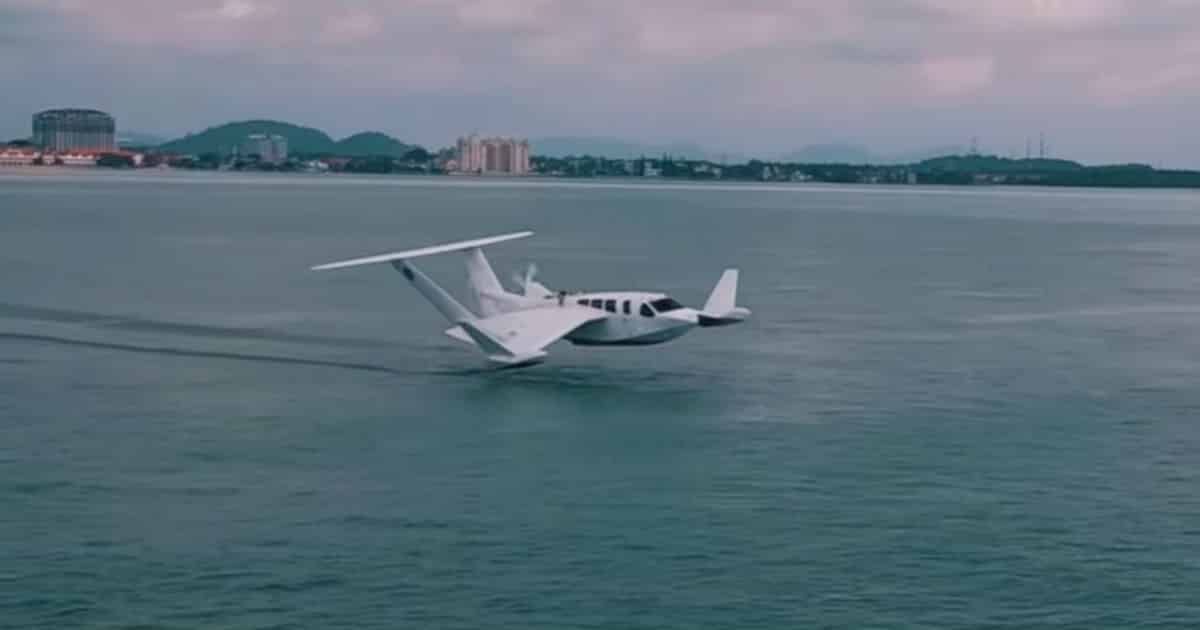 That means it’s much faster than conventional ferries. 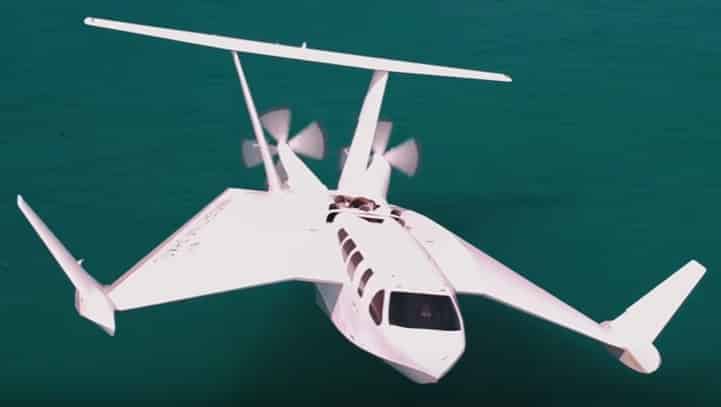 As a waterborne vehicle, Airfish-8 requires no runway for take-off and landing. This minimizes set up costs incurred by governments or private companies to operate the craft. The small hull also means docking stations can be constructed in shallow waters near the shore line. This makes Wigs ideal vehicles for reaching places where traditional aircraft and ferry boats can’t.

Airfish-8 can land on water and doesn’t need a runway. 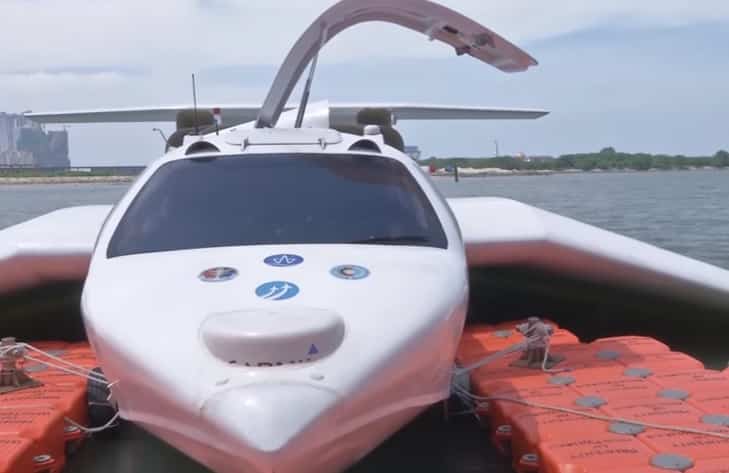 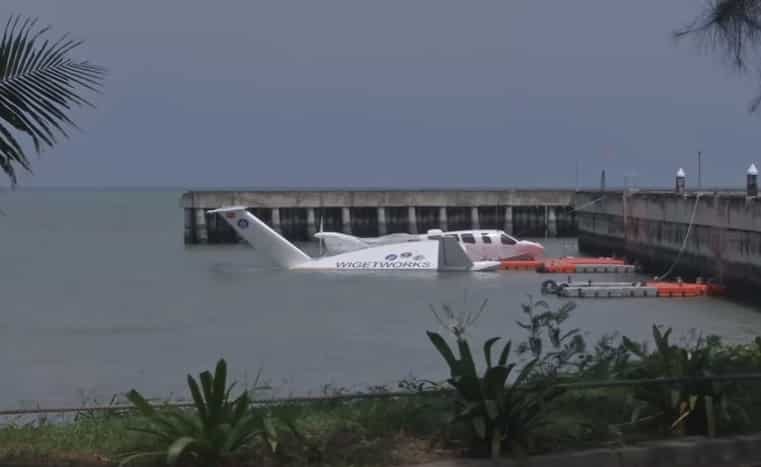 Wigetworks’ mission is to change how people travel. But that’s not the only use for this unique vessel. Wigetworks shareholder and Creative Technology founder, Sim Wong Hoo said that the company’s goal with Airfish-8 is “transform, or revolutionize the high-speed maritime transport industry.”

There are thousands of islands in Southeast Asia waiting to be explored and Airfish-8 hopes to offer that opportunity to people. Currently, Airfish-8 is only able to accommodate eight passengers, but that’s not to say that Wigetworks is not planning for something bigger.

The Airfish 8 could revolutionize travel between thousands of islands in Indonesia, the Philippines, Polynesia and the Caribbean. 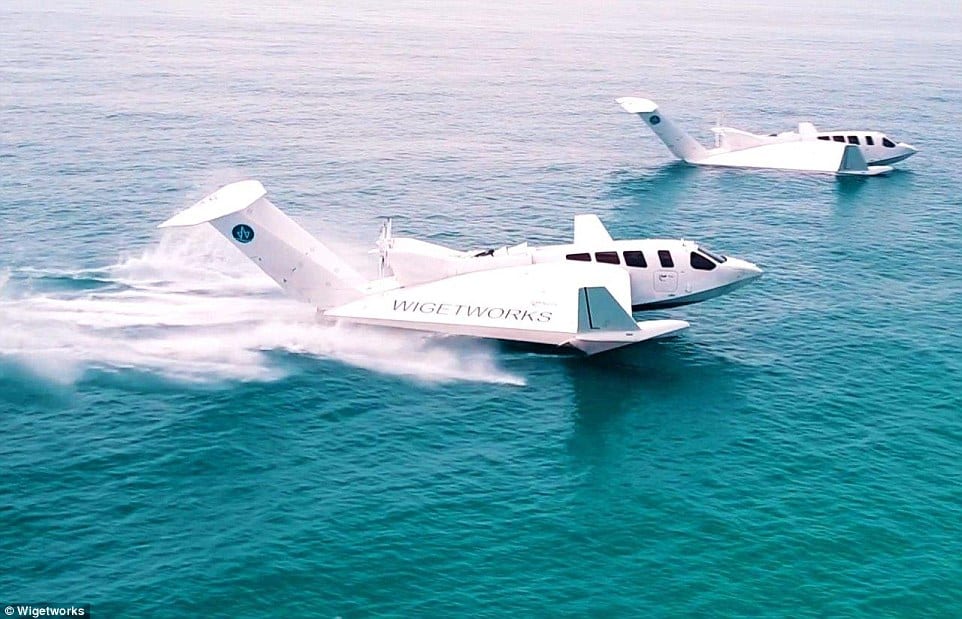 Wigetworks is currently designing and building a larger craft, which could carry up to 50 people. 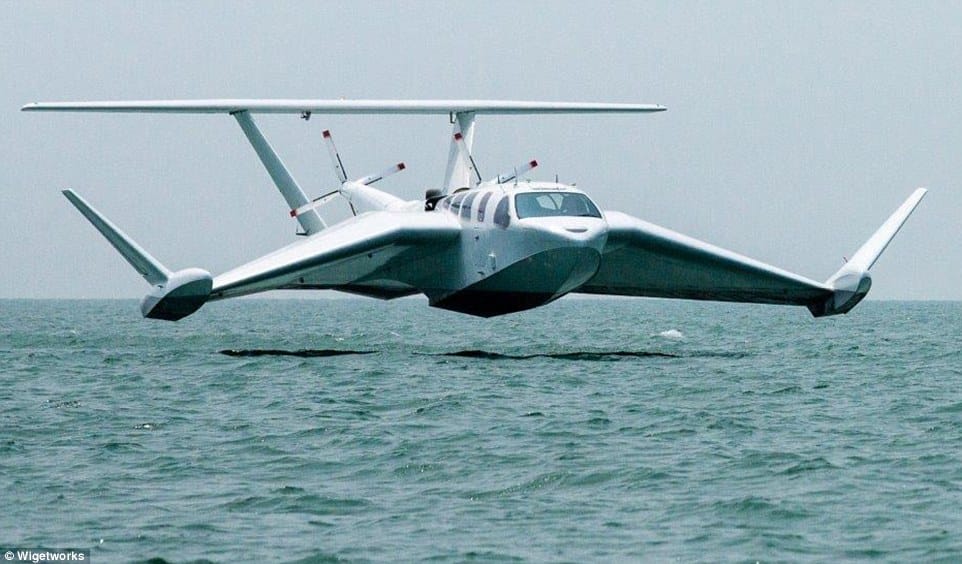 Wigetworks uses the Wing-in-Ground (WIG), a technology that had a Russian origin but Airfish-8 itself is based on a German design. WIG allows the vessel to fly close to a water surface while supported by the high pressure air beneath the craft’s wings and above the surface of the water.

Wigs are technically boats rather than aircraft. 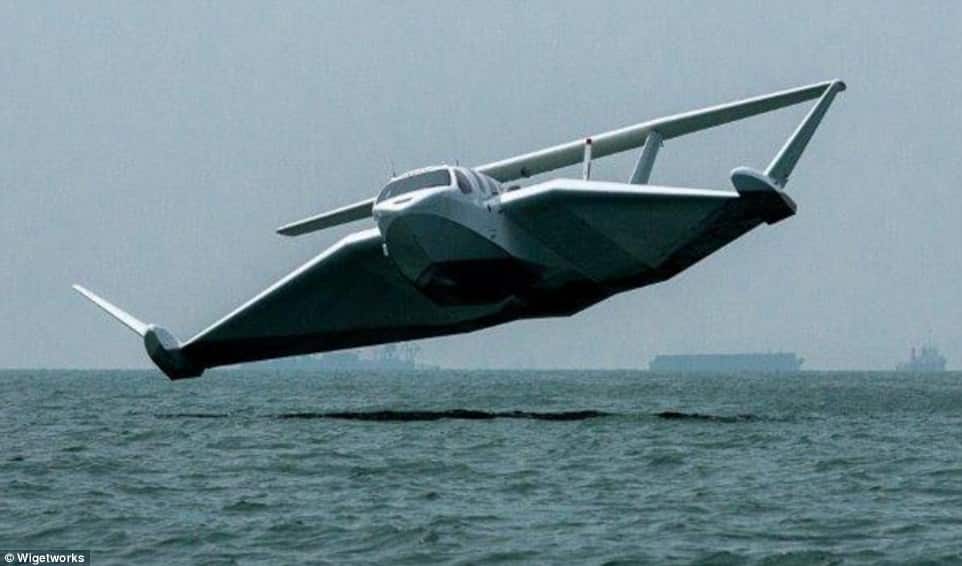 But the vessels are capable of operating completely above the surface of the water. 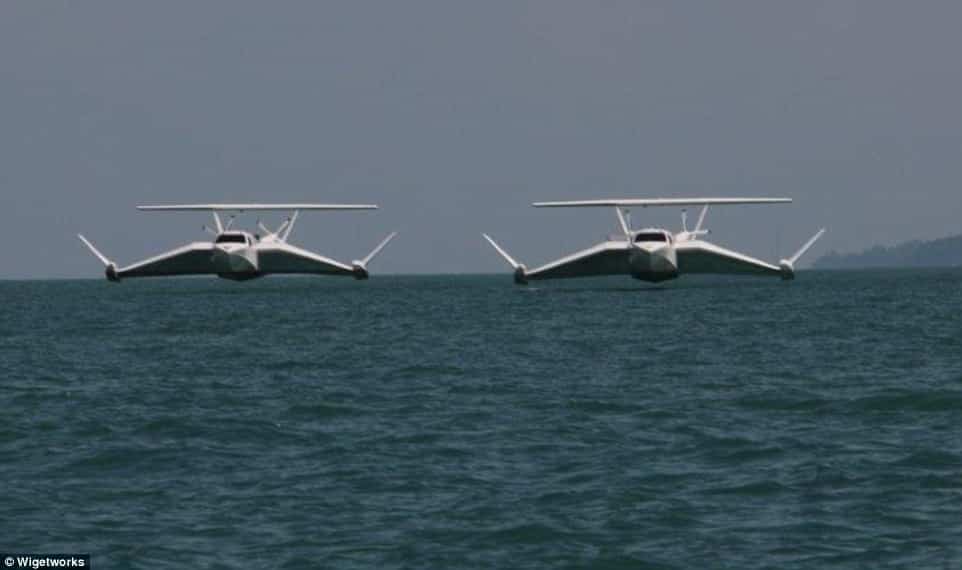 It is powered by a powerful yet compact seven litre V8 500bhp racing car engine. 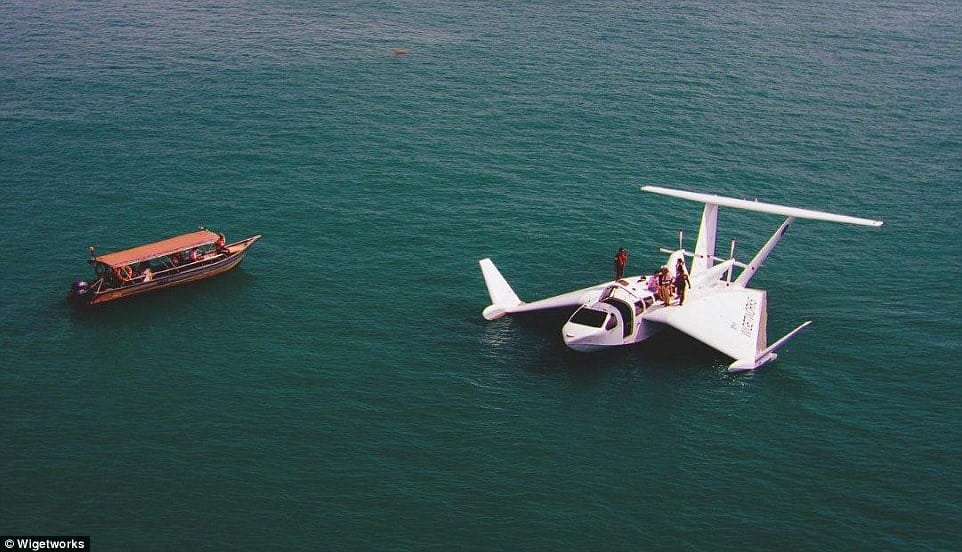 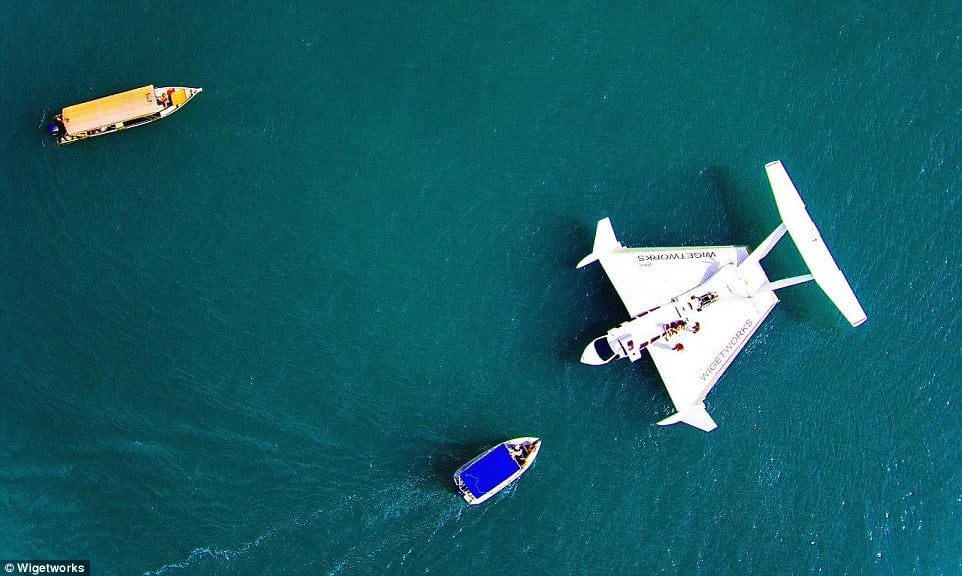 And consume less fuel whilst traversing at faster speeds than larger marine crafts. Because it hovers above the water, Airfish-8 has no hydrodynamic drag, which makes it more fuel-efficient. Since it runs on petroleum instead of aviation fuel, it is a more economical mode of transportation. Plus, one doesn’t need a pilot’s permit since it only flies so low. Chief WIG training captain Syed Abdullah has the best description of what it feels like to fly with Airfish-8.

“The best way to describe it is like we are skimming over the water, like a bird trying to reduce its energy, flying as low as it can.”

Airfish-8 is currently in a trial phase but it is set to be operational by the second half of this year. Future plans for the vessel include lowering the costs for transports to mid-range resorts and creating a bigger craft that can carry 20-40 passengers.