The instant connection that humans have with their “fur babies” or pet dogs is undeniable. Over the years, they have proven their loyalty to men and their impressive traits never fail to get us (humans) every time too. Indeed, dogs are “man’s best friend” and they continue to live up to that.

This professionally trained dog dubbed as “Baron The German Shepherd” takes it to the next level.

Baron’s recent video entitled “Bedtime featuring Baron The German Shepherd” shows Zander’s bedtime routine with pet dog Baron. It highlights how talented Baron is especially his “human-like” ways–from tidying Zander’s room, joining him in praying and story time, tucking him into bed and turning the lights off before leaving. The video uploaded on YouTube has received more than 1 million views already.

This incredibly talented dog even has his own Facebook, Twitter and Instagram accounts too. He was also filmed doing the housework, helping his trainer workout, learning how to use the toilet and even puts the lid down after–viewed thousands of times since, making him an Internet celebrity.

Baron is also pretty handy around the house: 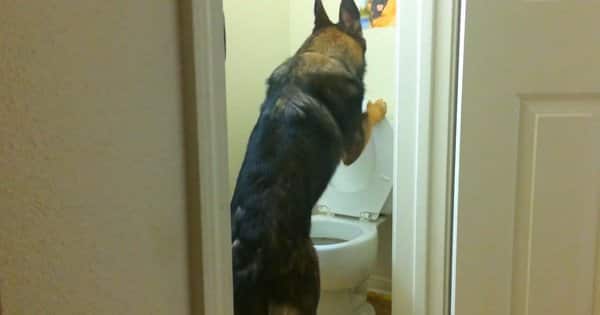