In most homes, dogs are considered part of the family, pampered with as much love and care as the humans members. Not surprisingly, these pets take on almost-human personalities and demand their own share of attention, believing themselves firmly entrenched within the family order, and confident in their position in the hierarchy.

Like Charlie, a dark chocolate Lab mix, for instance, who is gently eased into an introduction to a new family member who is expected to be joining the household in the very near future. 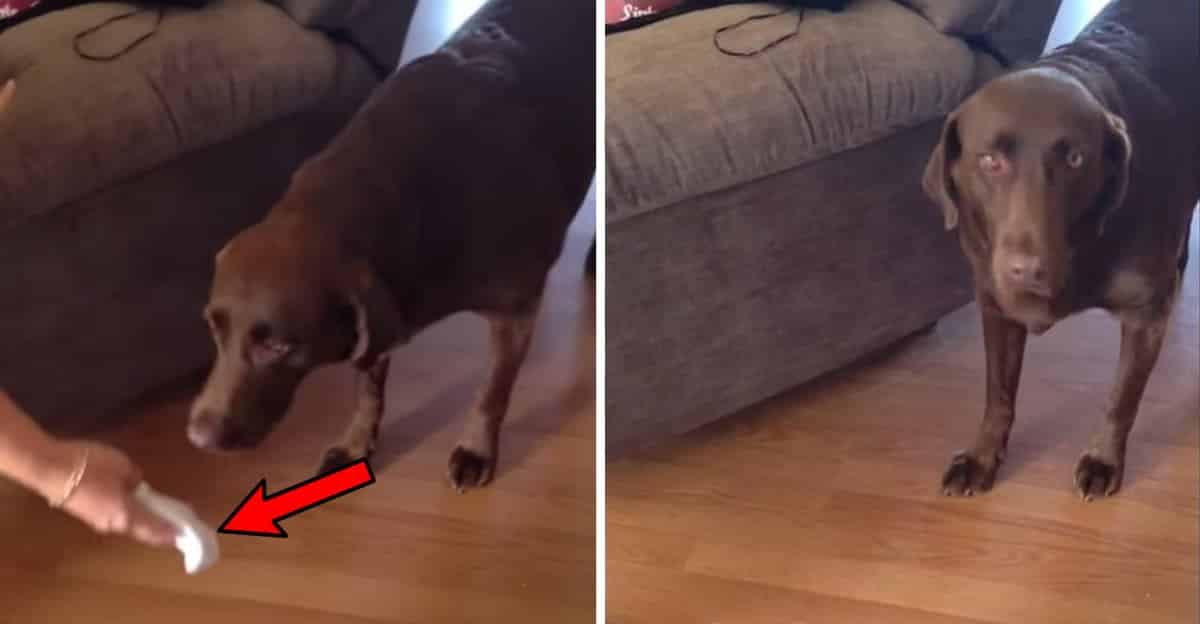 His human, Melanie Moss, tells him his new baby “sister,” Sadie, will be arriving home the next day, and Charlie, sensing “something” terrible is about to invade his space, hesitates at a arms’ length, seeming to dread whatever news his beloved human is about to impart.

However, Moss urges him forward, and bound by years of training, Charlie tentatively wags his tail and faces whatever it is that’s wanted of him. He is a dog after all, and obedience is his middle name.

The first thing Moss presents is a baby’s diaper, which may or may not contain some of the new baby’s excretions. She holds it under Charlie’s sensitive nose so his highly evolved sense of smell could take in baby Sadie’s scent, and hopefully include it in his repertoire of familiar household smells.

And Charlie reacts from the bottom of his doggy heart…

It is a widely known that dogs are territorial, and for a pet like Charlie, who appears to have been an “only child” for a long time, the smell of a potential threat to his position in the family may have caused him to express his horror in the only way he knew how.

On the other hand, perhaps Charlie was feeling queasy that day, or maybe his stomach didn’t agree with the new brand of milk Moss put in his bowl. And when presented with a (stained?) diaper, his innards may have given the old heave-ho.

But what does a sensitive, pampered dog do when confronted by the smell of unfamiliar baby poop?