Staff at the Auschwitz-Birkenau state museum has found concealed jewelry in one of its artifacts.

Inside a rusting enamel cup which is part of the thousands of pieces of artifacts housed in the museum, staff found a gold ring and a necklace wrapped in a piece of canvas. The jewelry pieces were found accidentally after the mug’s false bottom disintegrated with age. Analysis conducted on the jewelries showed gold, silver, and copper traces and that it was made between 1921 and 1931. 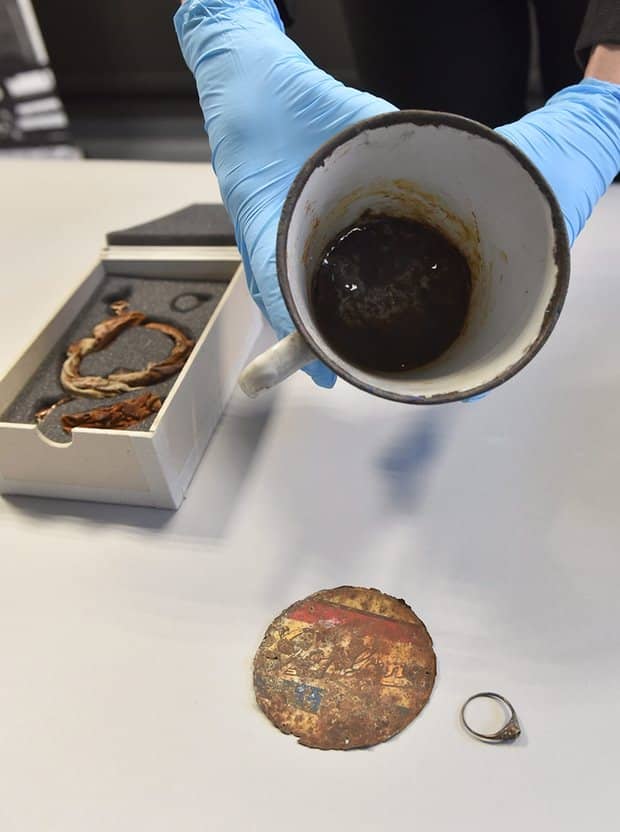 The Auschwitz-Birkenau Extermination complex, located in Oswiecim, Poland, was one of the most popular concentration camps of the German Nazi. It saw one of the highest number of recorded refugee deaths, with around 585,000 Jews gassed to death from March to November 1944.

Jews who were deported to the concentration camps were stripped of their personal belongings before being sent to the gas chambers. Germans tricked the Jews into thinking that they were being resettled instead of being delivered to their deaths.

Although the story behind the hidden jewelries has been lost in time, the horrors associated with Nazis remains to this day, and the magnitude of the artifacts that was left behind is a silent testament to the thousands of lives lost during this dark period.