Nature has proven that there is beauty even in the tiniest things. The Siamese fighting fishes, commonly known as the betta, are a perfect example of beauty and grace. These gorgeous little creatures have been known to mesmerize anyone who sees them. Not surprisingly, one photographer has chosen the betta as his underwater subject in a new series.

Photographer Visarute Angkatavanich has unveiled his new collection Betta Paradiso, which features gorgeous images of the graceful yet aggressive Siamese fighting fish. The Thailand-based photographer shot the betta against white or black backgrounds to bring out their vivid colors. The fishes range from bright scarlet hues to pearlescent white and their fins resemble silk being strewn underwater.

The male betta fish are known for their long tails and vivid colors.

The fishes are extremely territorial and will always attack when a new male is introduced into their tank. 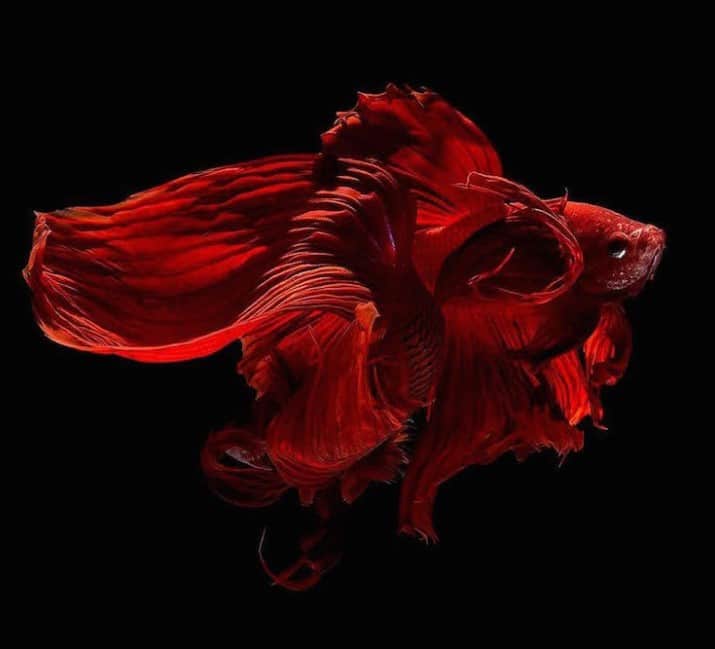 The Siamese fighting fish (binomial name Betta splendens) is native to the Mekong basin of Laos, Cambodia, Vietnam, and Thailand. The males are highly aggressive and should not be housed in the same tank. They flare their long gorgeous fins when fighting. 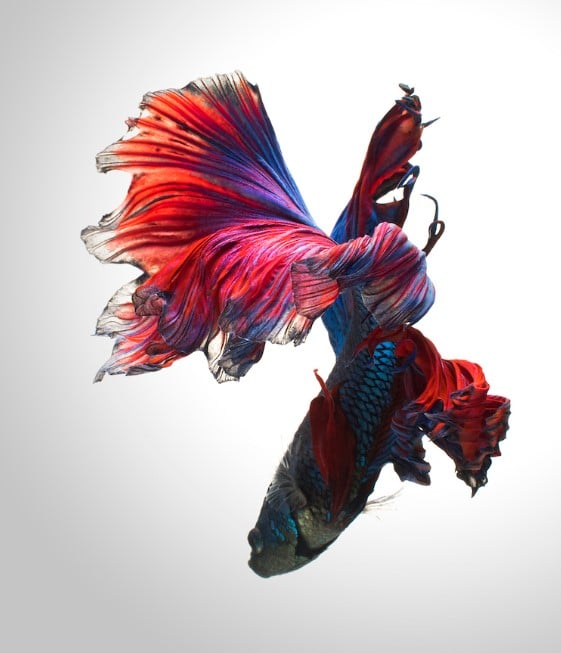 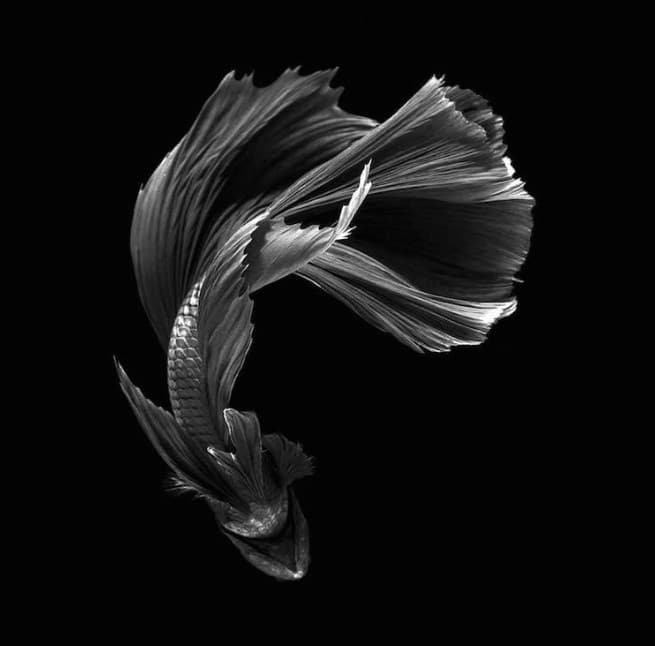 Their majestic beauty has made the betta a popular choice for aquarium enthusiasts. The Siamese fighting fish has even had a major pop culture appearance when three males were featured in the 1963 James Bond film From Russia With Love. In the movie, Ernst Stavro Blofeld explains the SPECTRE modus operandi by pointing out that one betta simply watches as the two others fight to the death before defeating the exhausted champion. It takes a very special fish to impress Doctor No.

Are these silk dresses thrown into a pool or two male betta fish fighting? 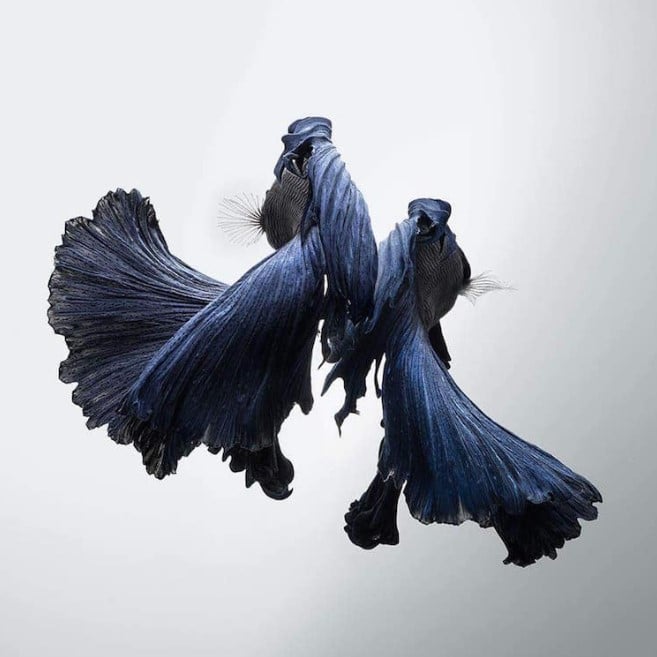 The betta is so notorious that they are even linked to the James Bond villain Doctor No. 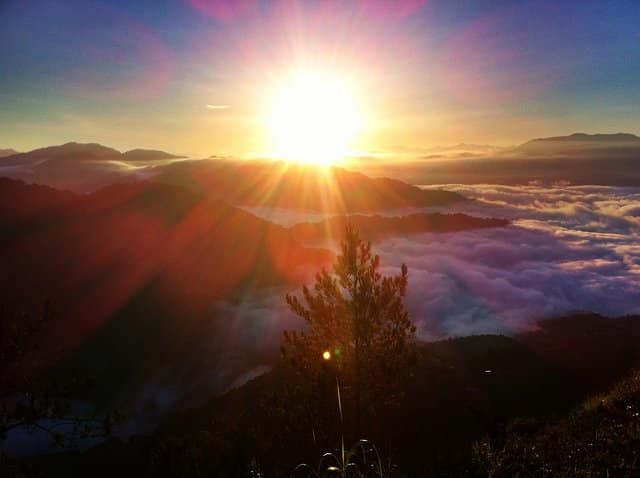 Angkatavanich’s gorgeous photos for Betta Paradiso are currently on display at the Sun Yat Sen Nanyang Memorial Hall in Singapore. The exhibit is titled Beauty of Betta and will be on display until September 23. You can learn more about Angkatavanich’s works in his website or follow his official Instagram account @rute.angkata.