Alzheimer’s is one of those diseases that has no cure. Although there are treatments that can prevent some symptoms to get worse, the ability of the patients to handle daily tasks may dwindle as the disease progresses. That is why it is heartbreaking to see a loved one having some memory loss or losing their ability to plan and organize on their own. Day by day, you will see changes in their personality as the patient pass from one stage to another, in fact, by the time they reach the severe stage they will show some fits and become a danger to themselves.

Whenever Alzheimer’s patients are lost in their memories, they have the tendency to get confused and wander off from their homes or caring facility. This can be tragic to their love ones because most patients end up in compromising situations like rambling aimlessly into the wilderness, cold and shoeless, or standing in the middle of the highway disoriented from the things that are happening around him.

Caring for Alzheimer’s patients is an everyday struggle for health care professionals and families who want to protect them from getting lost. For many years, they thought locking the person with Alzheimer could be the best solution. But some argued that this remedy is quite harsh to patients despite the fact that it’s for their own good.

In Dusseldorf, Germany, the Benrath Senior Center discovered a unique way of keeping elders from leaving their facility, with the use of a bus stop sign in front of the building. Apparently this bus stop sign is fake and there’s no actual bus. How did they come up with this one-of-a-kind idea? A staff of the nursing facility noticed that most of their Alzheimer’s patients who have episodes of memory loss always went to a bus stop. And while waiting for the bus, it gives the patients time to think about a moment in their past where they would ride a bus that would take them home or somewhere.

Although the concept was somewhat sensible, the staff suggested it as a joke in a meeting. At first, the management has second thoughts on the idea, but Richard Neureither, the hospital director, decided to give it a try. Indeed, when the sign post was put in place, it became a retrieval area for staff members who came looking for their confused patients wandering outside the hospital.

This is the iron post put in place by Neureither in front of the elderly home. 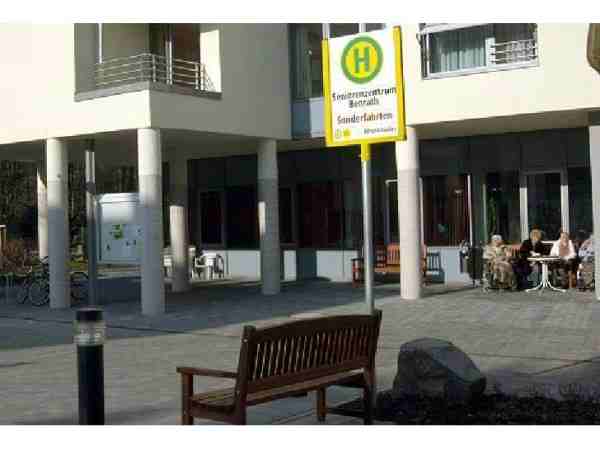 It has a sign that looked similar to other bus stops issued by the government of Germany.

Everyone had a hard time adjusting to the faux stop at first: The rest of the staff found the idea inappropriate, and people who lived around the facility actually thought it was a real bus stop and had to be told, one-by-one, that it wasn’t real.

Then, one day, a patient began to have an episode. She thought she was a little girl and had to get home to her parents. If she didn’t leave then, her parents would be upset. She was having a fit.

So, the staff decided to give the bus stop a try. They wrapped her in a warm coat and a hat, and let her walk outside. She immediately saw the stop, sat down, basked in the fresh air, calmed down, and eventually forgot why she was there. A staff member was able to sit by her side after a while and then kindly guide her back inside.

Since then, the bus stop has been used. 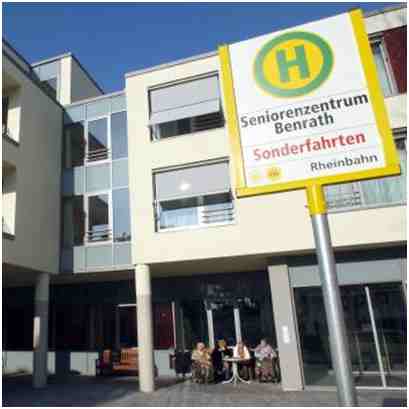 What do you think of this idea? Is it brilliant or cruel?