For us amateurs, balancing on skis and sloping down some snowy hills can be hard enough. Add to that the challenge of filming ourselves skiing using a GoPro or an iPhone 6, and that sounds dauntingly difficult right? (Not to mention possibly humiliating to have a record of our epic skiing fails!)

But for 25-year old professional skier Nicolas Vuignier, taking videos of himself while skiing is as easy as a walk (or rather a ski) in the park.

Meet Nicolas Vuignier the Perfect. He is athletic, and artistic and good-looking too! 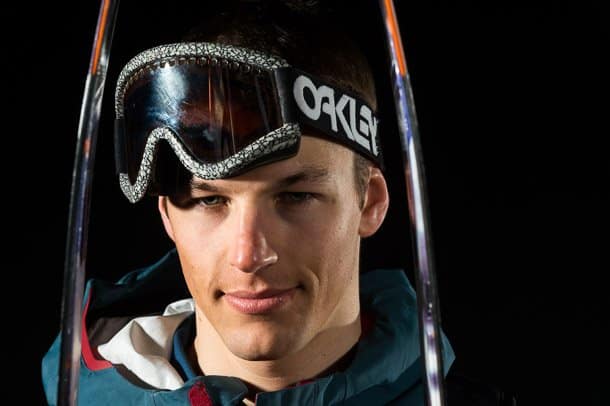 The Switzerland-based Vuignier loves skiing and filmmaking and in his YouTube channel he mixed up these two passions. The result? Awesome experimental skiing videos like no other!

His videos perfectly captures what's it like being in the midst of the action!

One of the most talked about production he did is the Centriphone video, shot using an iPhone 6. He tied the iPhone with a number of strings and proceeded to ski as normal. I am guessing some kind of mini parachute is also involved to hold the iPhone afloat. Vuignier said in the video descriptions,

100% shot with the iPhone 6. After almost two years of tinkering and tweaking I finally achieved the result I was looking for. No iPhones were harmed during the making of this video (I still use it everyday)

The video is in no way fabricated or animated, it is 100% genuine with only minor editing such as slow motion. You can truly appreciate the high quality video stability of an iPhone 6 as well as the clear motion resolution with the output. Truly Vuignier has made the best iPhone 6 advertisement Apple could ever hope for!

Watch the breathtaking video below:

The talented skier and videographer said he will post a “How to shoot your own centriphone video” on his channel. I sure want to try but first I have to learn how to ski without making a fool of myself! 😛 If Apple hasn’t seen this yet, well they should and seriously consider to take this as an official ad!

What do you think of this video? Share your thoughts and this article as well.