It is said that the best way to overcome your fear is by facing it. In fact, you’re never too old to conquer one – just like what an nonagenarian grandmother did to confront one of her longstanding fears: Water.

A 93-year-old grandmother, Lucy finally confronted her lifelong fear of water as she cascaded down a giant pool slide in her YMCA neighborhood where she works out three times a week since her husband passed away. While Lucy spends three hours in the pool for each visit, she had never felt comfortable in water for one understandable reason: She does not know how to swim.

In fact, Lucy never gets into the water when it gets over her shoulders. That’s why trainers Ben and Taylor would always keep a watchful eye on her.

It is said that the best way to deal with your fear is to conquer it. 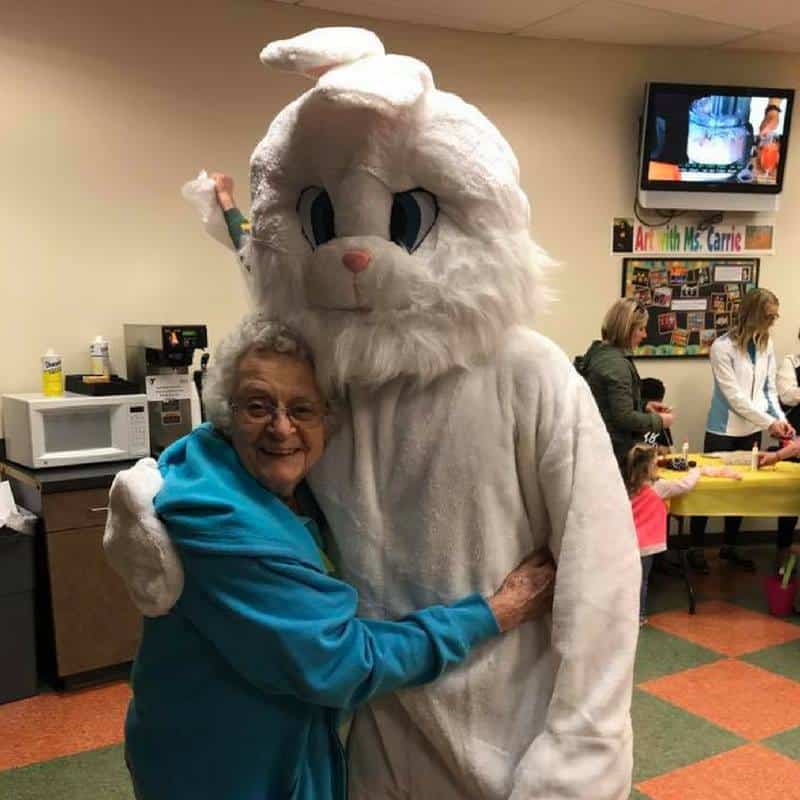 “Lucy is a character, I’ll tell you that. She’s not a swimmer. She’s always a little nervous around water,” Ben said.

One day, however, Ben and Taylor encouraged Lucy to finally conquer her fear by sliding down the giant water slide. While she balked initially, she eventually accepted the challenge.

“Once she got up there and sat down, I said, ‘Once you start scootin’, you’re going down. She said, ‘All right.’ She was ready and she went down before I even knew it,” Taylor said as she recalled Lucy’s fear-conquering moment.

While Ben was positioned to catch Lucy at the other end of the slide, he could not help but feel nervous for the old lady. 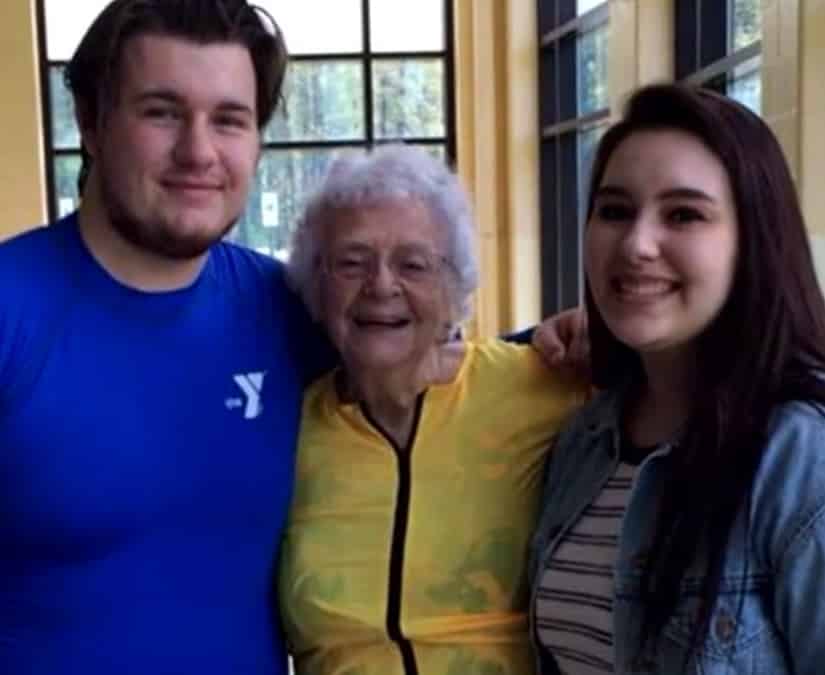 However, when Lucy reached the bottom part of the recreational amenity, Ben can clearly remember that she could not stop smiling. It was a proof that Lucy has finally conquered her fear!

Lucy proved to us all that it’s never too late to conquer fear! 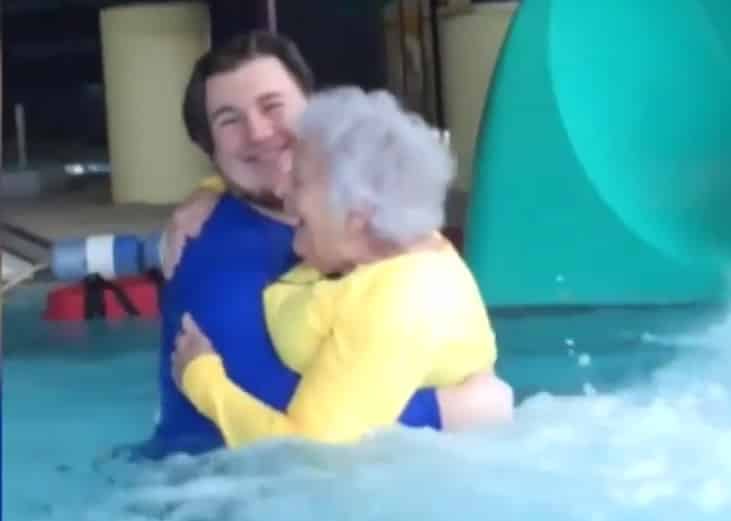 Lucy recounted the things going on in her head while spiraling down the water slide:

“It has kept me going,” she added.