Sibling rivalry is common in every family. In this story, Elite Readers features a 7-year-old Chinese boy and his sister in hopes of sharing a beautiful story of sibling love.

The story, which originated from several pictures, shows a young boy pushing a gurney with a little girl on it.

7-year-old Zhao Wenan, spotted kissing his hurting sister as he comforts her at the hospital. 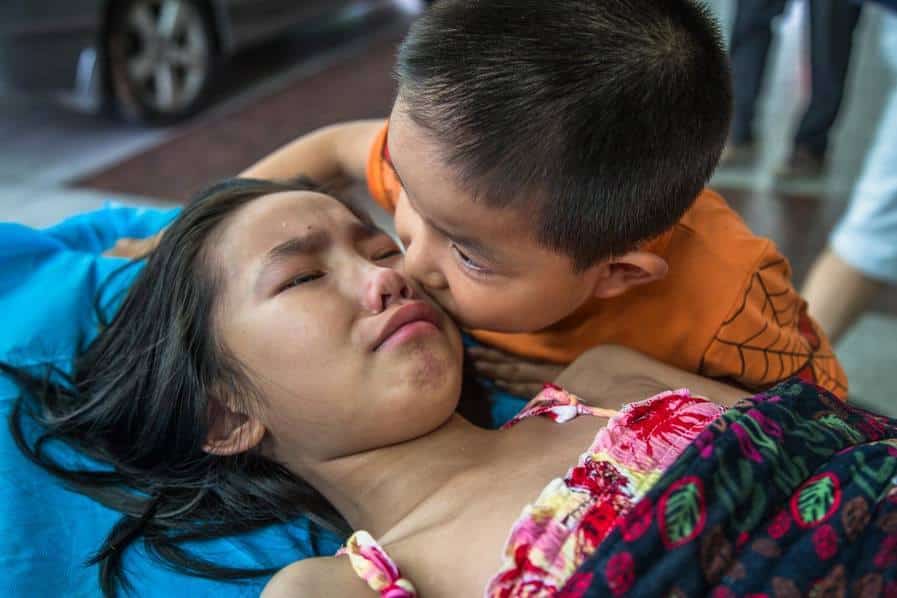 According to a Facebook post made by China Daily, the boy and the girl are siblings. Looking at the pictures, however, one cannot help but see that there is something special about them.

These two, as spotted at a hospital in China. 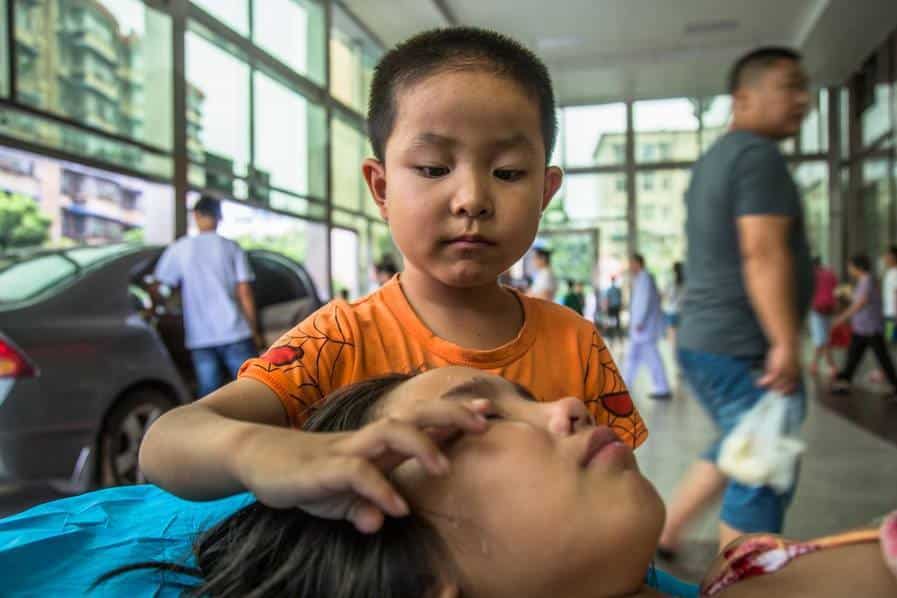 In addition to the pictures, the post also came with a quote from the boy which says,

“Dear sister, don’t cry, I will always be here for you!”

These 11 words, along with the pictures of the siblings, left a lot of people in tears. Later, China Daily revealed that the 7-year-old boy was spotted doing these heartwarming acts while keeping his sister company at the hospital.

It seems that when Wenan’s sister was in the hospital, someone took some pictures, which ended up online. Reports revealed that the little girl had lacerated kidney, a condition where the kidney has either a break, a tear, or an injury. This condition is believed to be results of blunt force or direct blows. 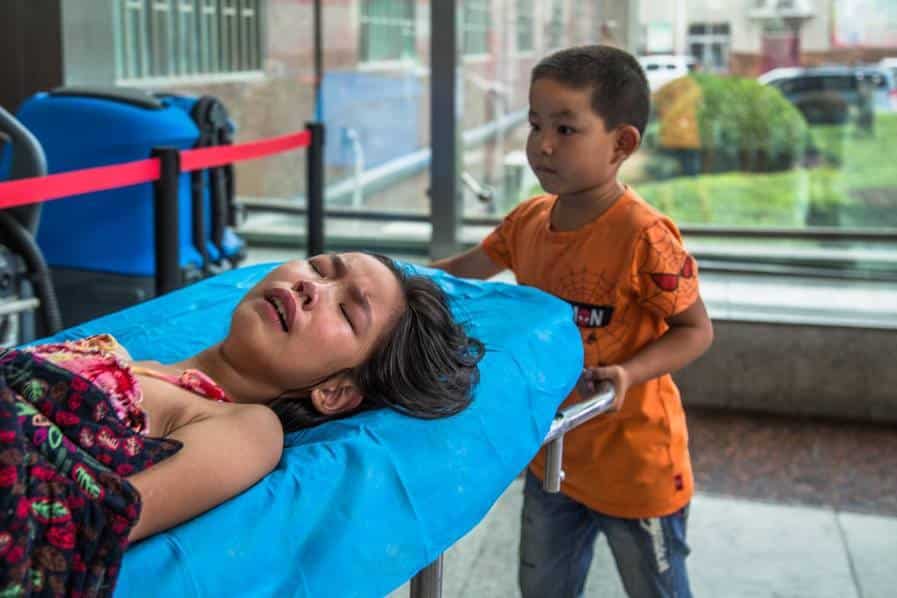 The 7-year-old, identified as Zhao Wenan, appears on the picture which was taken while he was comforting his sister.

Read the full post made by China Daily below:

“Dear sister, don’t cry, I will always be there for you.” 7-year-old Zhao Wenan comforts his sister who suffers from a lacerated kidney. Hope #love from her little brother could help ease some pain. Share if you are impres）”ed by this little boy. （source: 西楚朗雨)

Did this young boy remind you of a certain heartwarming moment in your life? Join in on the conversation and share your story with us!