Snake trappers Nicholas Banos and Leonardo Sanchez recently caught a 15-foot, 144-pound Burmese python as part of the Everglades Python Challenge. It was the first day of the 60-day challenge, and they were driving around the park in a car when they spotted the huge snake.

“I saw a little gloss, and I saw a big square brown patch, and automatically, I knew what it was.”

The trapping partners caught the biggest python during the first day of the challenge. 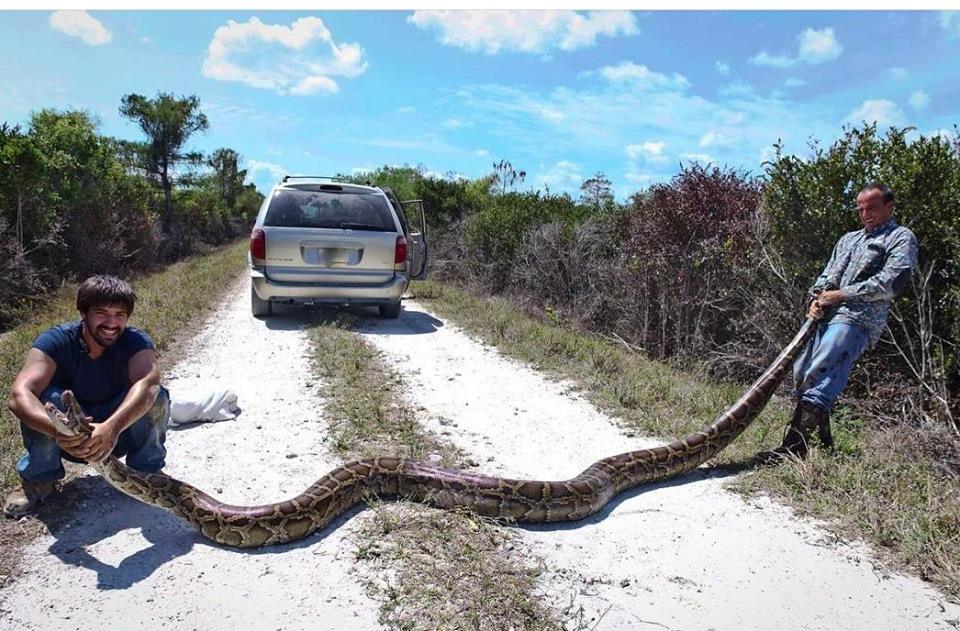 It was a struggle to catch the python. Banos told WSVN:

“He goes, ‘Python, python!’ Second, I get out of the car, it’s this big python stretched there where the trees meet the water, and when we jumped at it, he goes and grabs it by the tail. The second he grabs it by the tail, the snake starts to bee-line into the trees, so he tells me, ‘Go for the head, go for the head!’ I’m trying to get into the trees because it’s all over the place.

“I tried pulling it, so it wouldn’t go into the water, and the snake just straight bee lined towards my face. And that’s when he jumped in, and he jumped from behind, and he grabbed it by the head. He even got nipped a couple times.”

Minutes later, they were able to take control of the massive python and get in a bag. 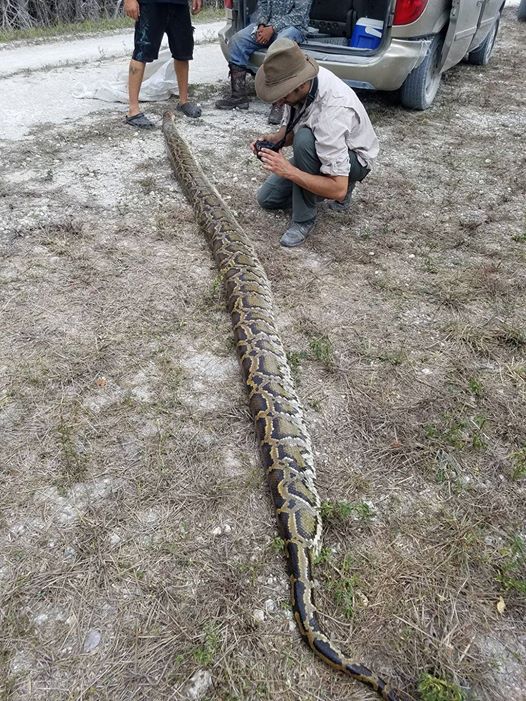 According to the US National Park Service:

“In recent years, snakes from around the world have been turning up in and around Everglades National Park. Burmese pythons, one of the largest snake species on earth, are now known to be breeding in the park and spreading throughout south Florida. Originally from southeast Asia, Burmese pythons are now frequently found in south Florida. More than 2,000 pythons have been removed from the park and surrounding areas since 2002, likely representing only a fraction of the total population.”

Burmese pythons have been threatening the stability of the Everglades ecosystem for years. 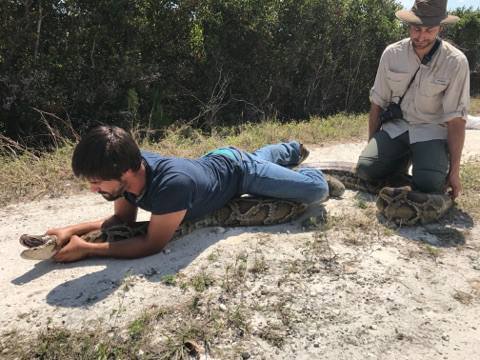 “The population of Burmese pythons presently established in the park is the result of accidental and/or intentional releases by pet owners. These introductions can have devastating consequences to our ecosystem. Burmese pythons have been found to feed on a wide variety of mammals and birds in the Everglades — even the occasional alligator!

“By preying on native wildlife and competing with other native predators, pythons are seriously impacting the natural order of south Florida’s ecological communities. The continued proliferation of Burmese pythons — and the continued introduction of new foreign species — can further threaten many of the endangered plants and animals we’re working diligently to protect.”

For snake trappers Banos and Sanchez, having to kill the pythons is rough, but it has to be done. 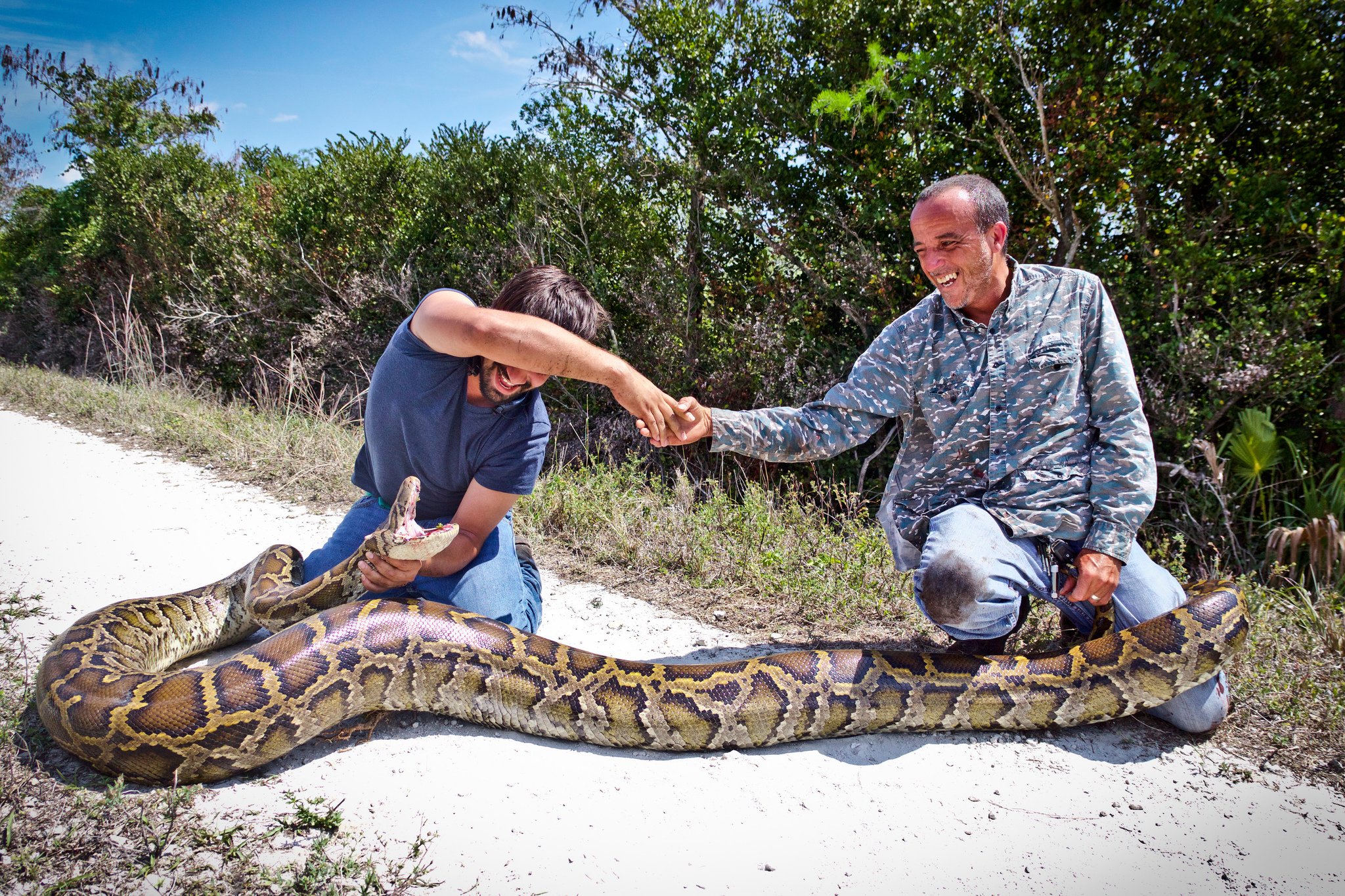 “We don’t hunt for sport. We’re not hunting to kill. We hunt to remove. Catch and remove, but having to kill it was a little rough. For us, we’ve never really had to do that before, so it was satisfying, but it was also a little bit of heartbreak.”