It was an epic showdown between man and beast. A huge alligator fought back against a wildlife trapper who tried to take it down. The reptile managed to knock the man out with a thundering headbutt. In addition to that, the captured animal slapped a police officer that tried to stop its escape.

The unidentified Florida Fish and Wildlife trapper was called to wrangle the eight-foot-long alligator that was wandering around an Ocoee neighborhood. However, the routine catch-and-release proved to be too much for the man. He was taken down by an unexpected headbutt as the reptile tried to get away from his captors. The trapper had no serious injuries from the encounter.

The alligator seemed docile when the trapper and police officers prepared to take it away. 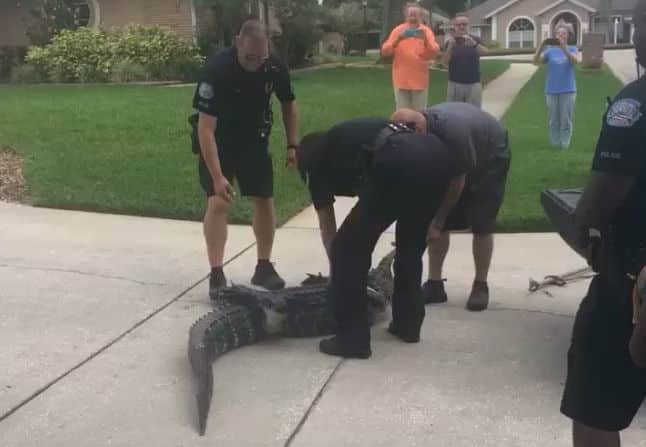 Jack Redding filmed the incident, which he declared “was pretty crazy.” The video shows the trapper being helped by police officers heave the tied-up alligator into the back of a truck. However, the reptile thrashed and flipped its head back, catching the man square in the face. The trapper fell unconscious, forcing the police officers to try to hold the beast down. The animal retaliated by whipping its tail and slapping one officer smartly in the face.

The captive animal immediately thrashing when it was picked up from the ground. 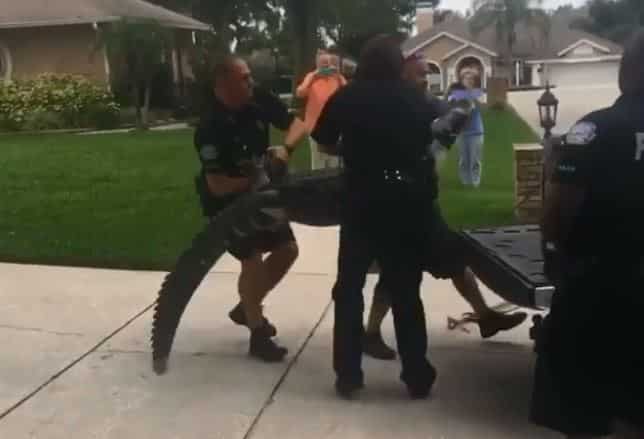 The alligator swiftly slid down from the truck but was unable to escape due to its bindings. According to reports, FWC were able to secure the alligator.

The trapper is reportedly recovering from the encounter but might need to nurse a huge headache when he gains consciousness. 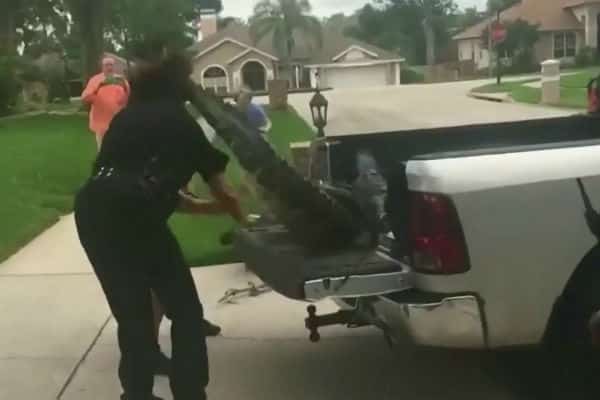 It has truly been a big week for feisty reptiles. In Australia, a crocodile finally fought back against the tiny terrier that terrorized it for 10 years. Casey finally caught Pippa the dog and dragged the pup into the Adelaide river. The two had been local celebrities at the Goat Island Lodge, where the little dog frequently chased the reptile away.