Most of us are having a hard time touching our toes without feeling even a little pain. It comes with age, you think. Or you may consider your yoga practice to be on point, but the truth is, you’re probably nowhere near as flexible as Russian contortionist Julia Günthel. Don’t worry: Nobody is.

Better known as Zlata, and she’s not called the human folding chair for nothing. This back-bending and mind-blowing contortionist is widely considered to be the world’s most flexible woman. She has been featured in the media for her specific talent: She can bend equally backward and forward, which is a rare skill (even within the contortionist community).

Zlata started her career at the tender age of four, when a teacher noticed how flexible she was. 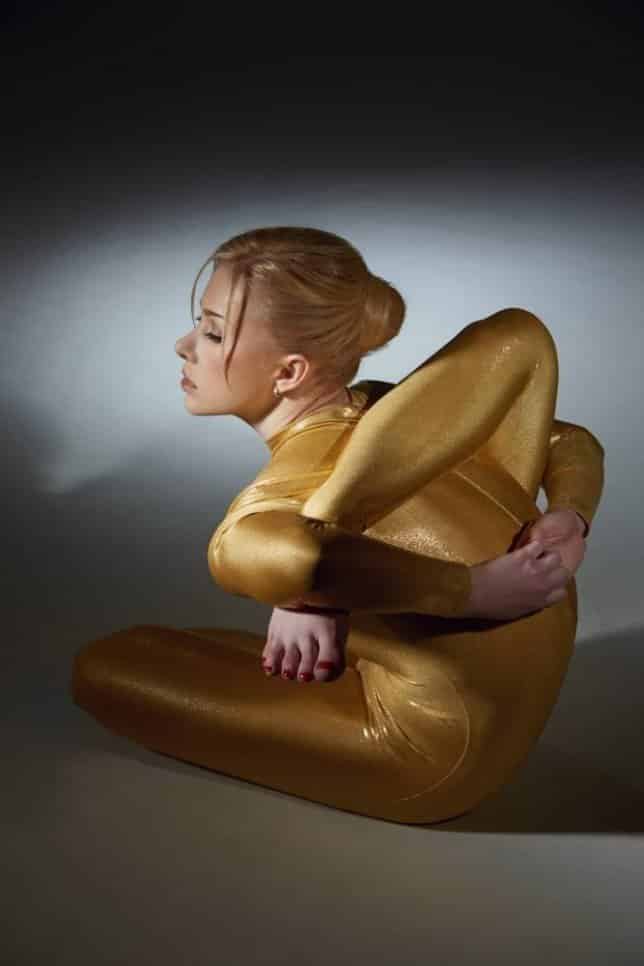 She spent years as a gymnast, and then decided to transition into the world of performance contortion. 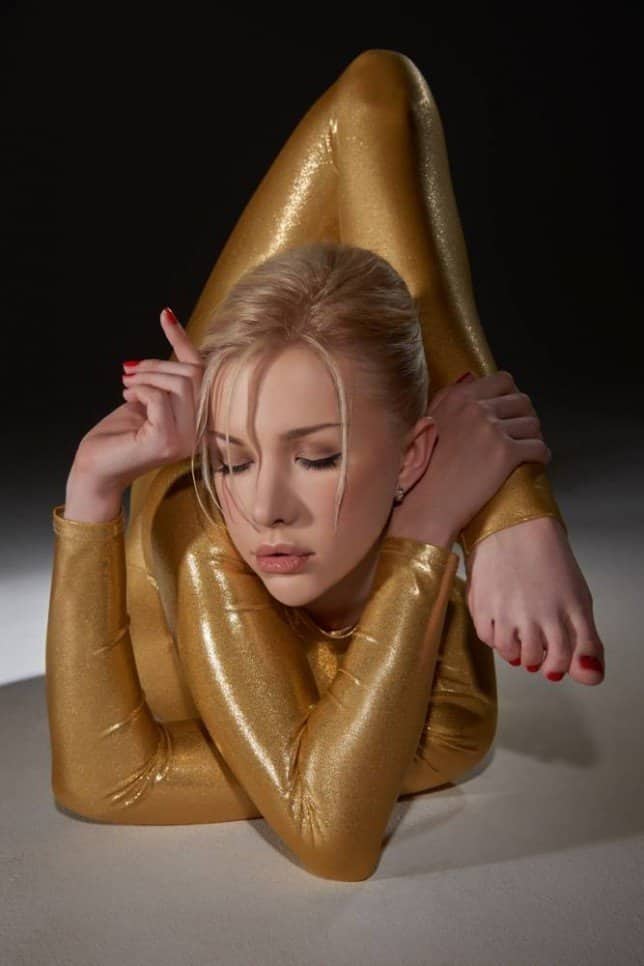 Just look at that jaw-dropping flexibility! 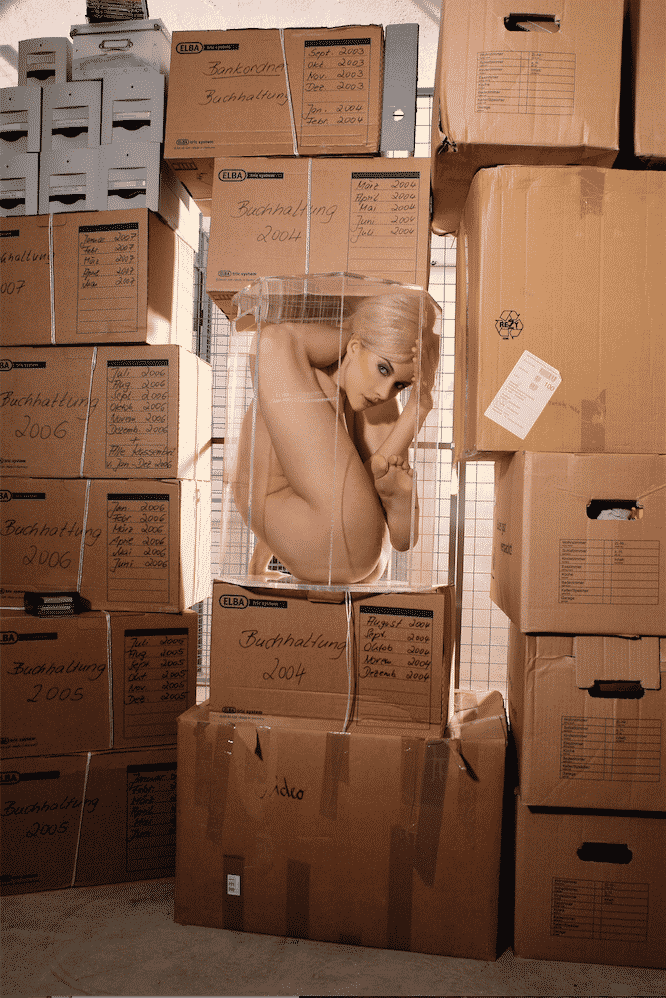 Born Julia Günthel in Kazakhstan, she applied to go to circus school when she was 8. 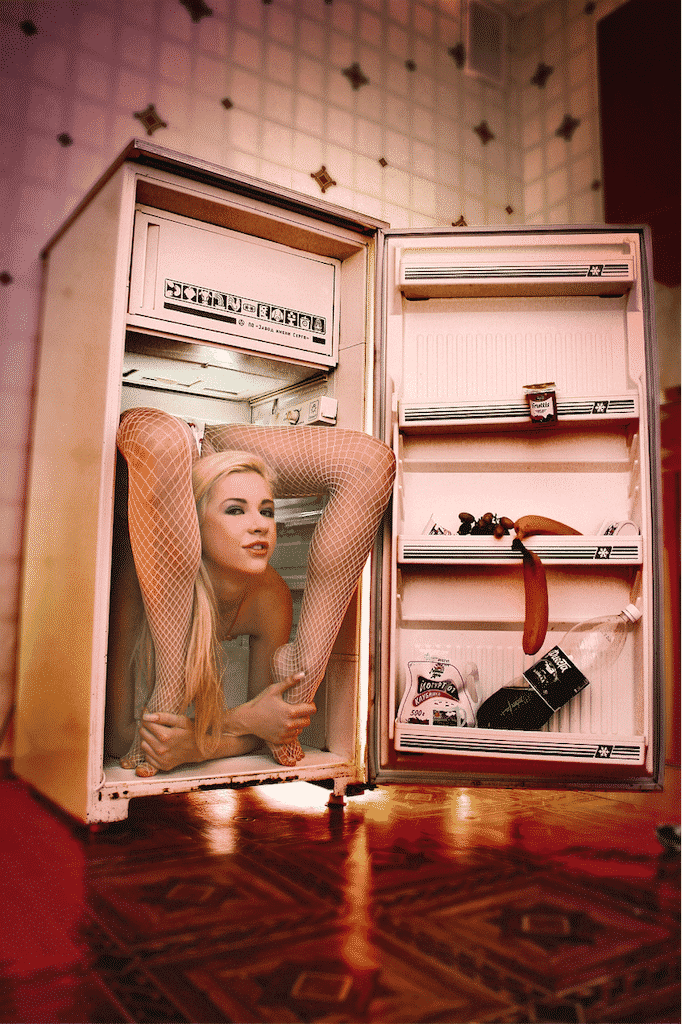 She started performing professionally when she was 10 and has made a career out of being a contortionist. She spent most of her younger years at Germany but is now traveling around the world, giving live performances and appearing in photo shoots. 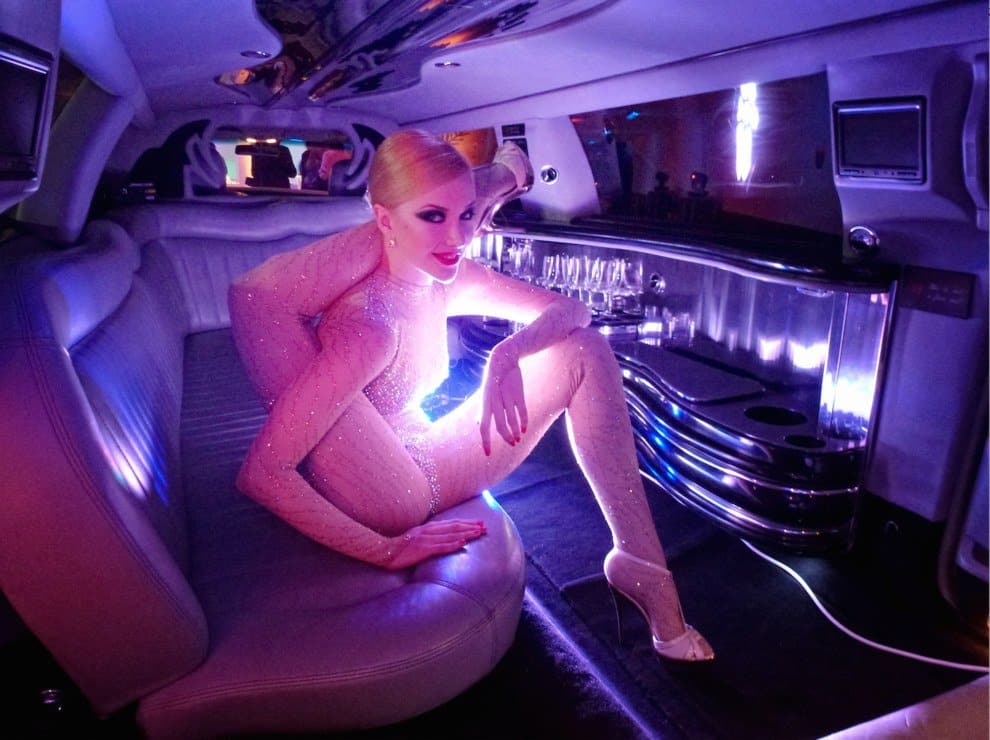 As a performance artist, she appears not only in conventional shoots but also in fetish magazines and stock photos that feature unique looks.

You don’t meet this kind of bikini babe everyday! 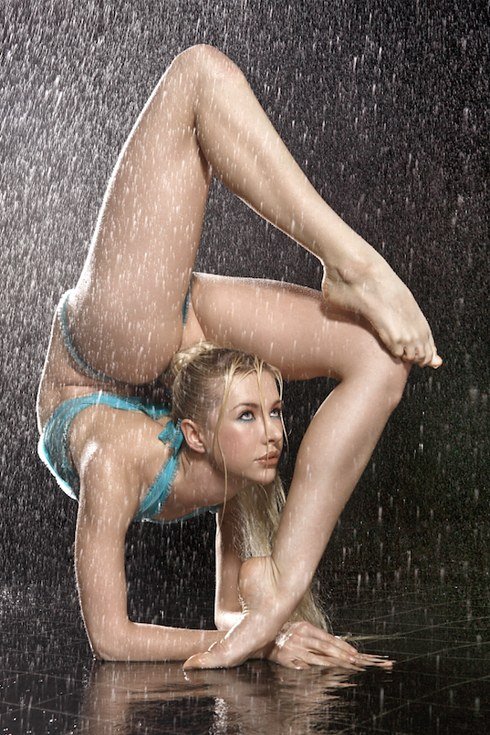 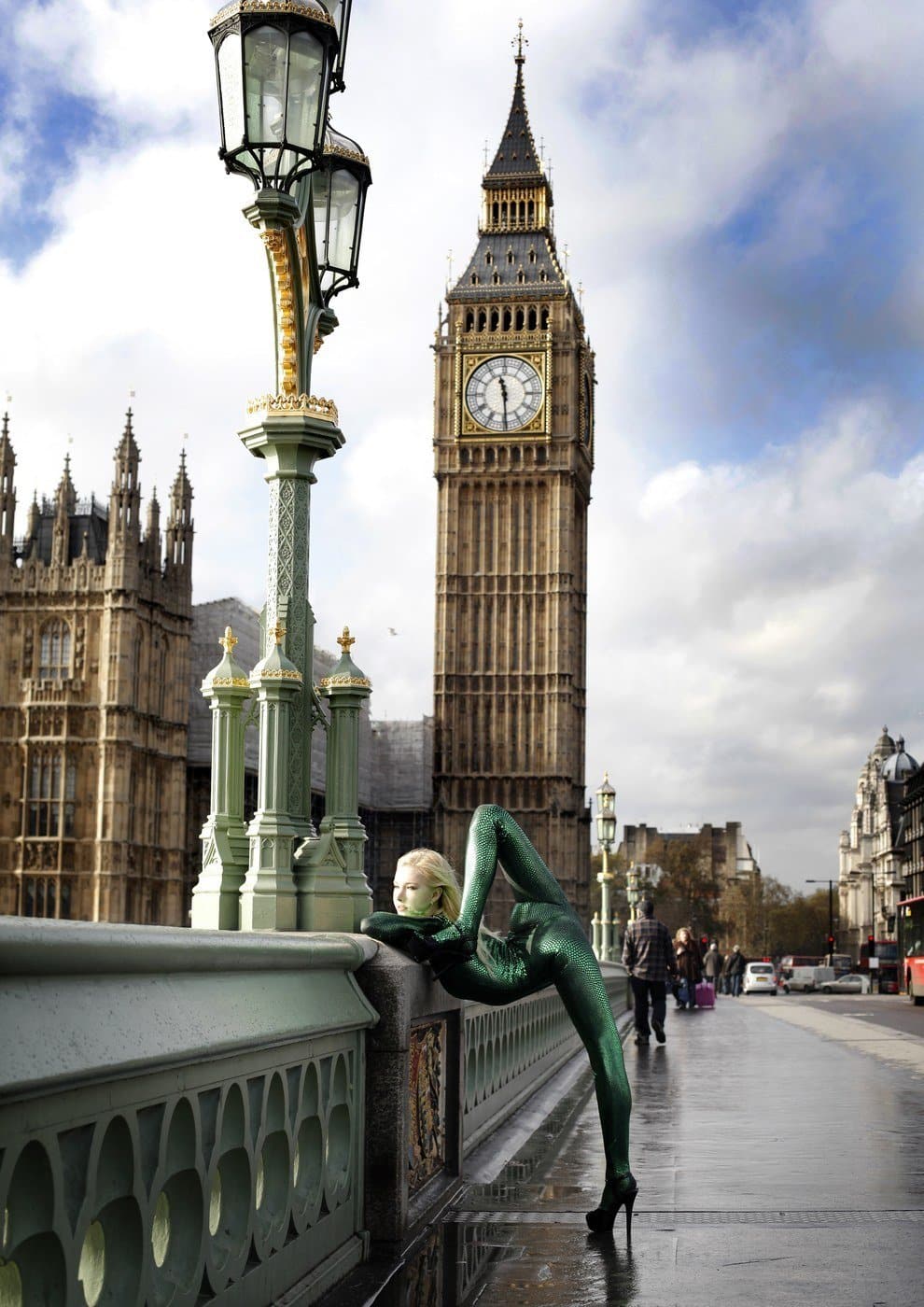 Her amazing ability made her break 3 Guinness World Records. 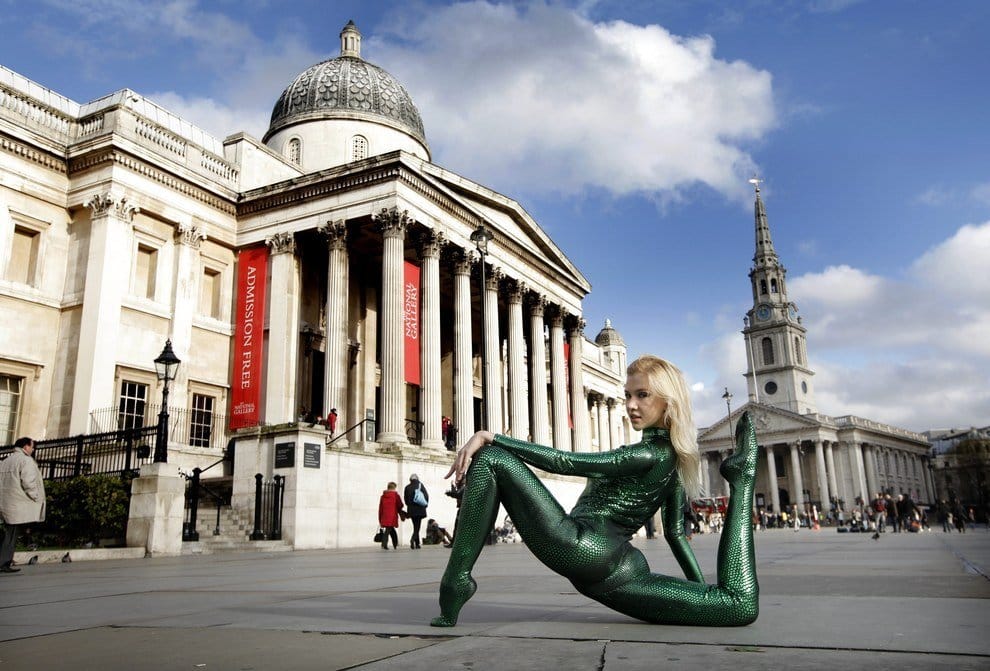 Watch one of her mind-blowing performance:

She has also appeared in several movies. 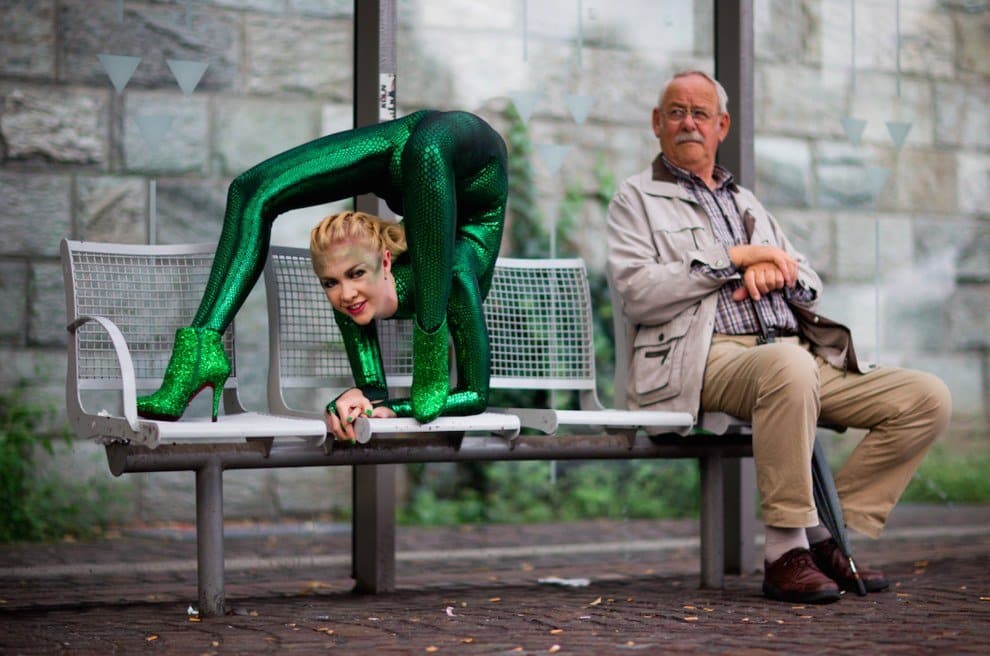 How is this even possible?!? 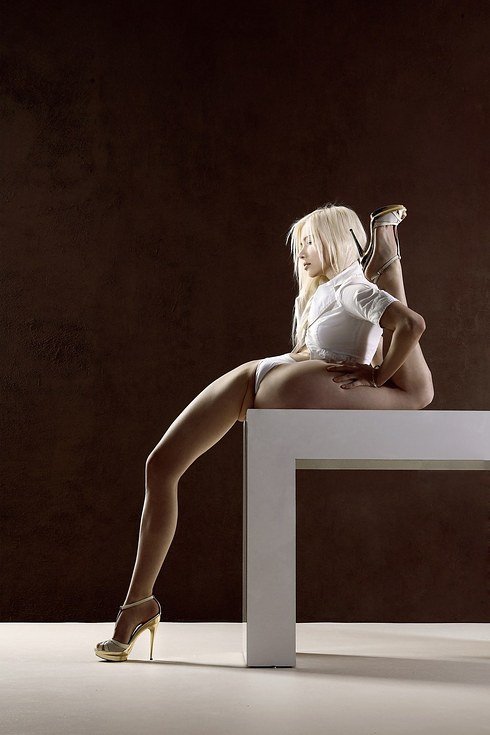 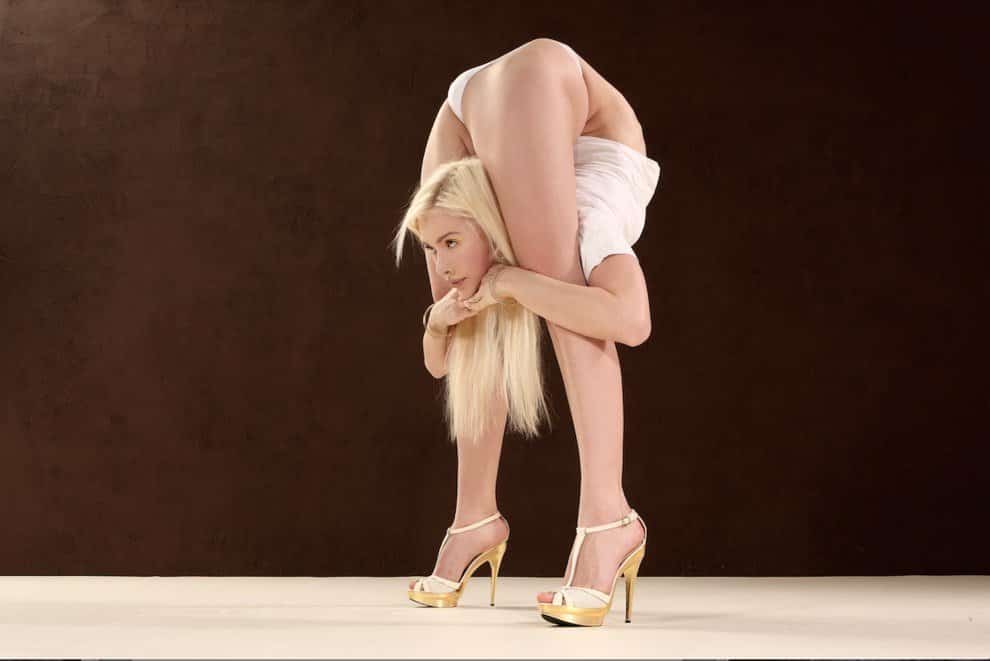 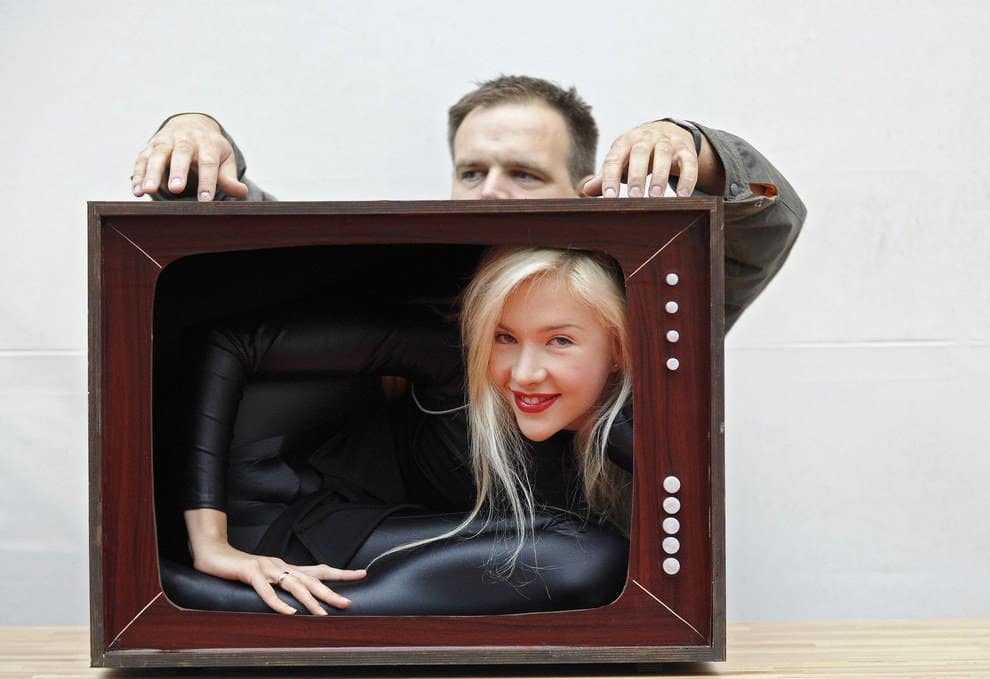 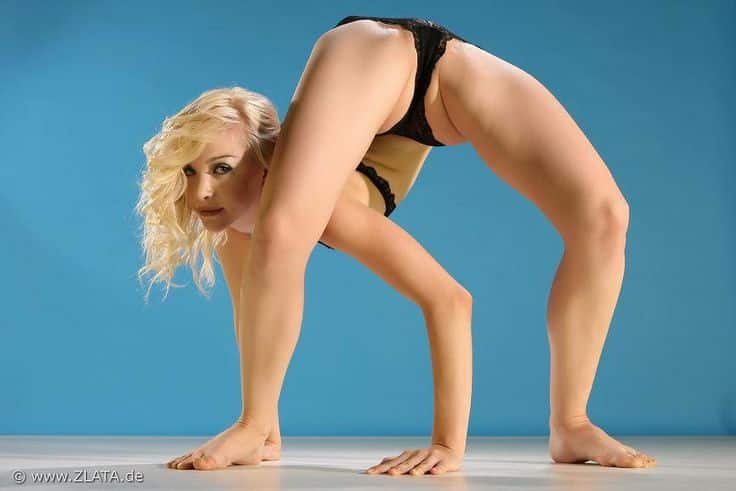 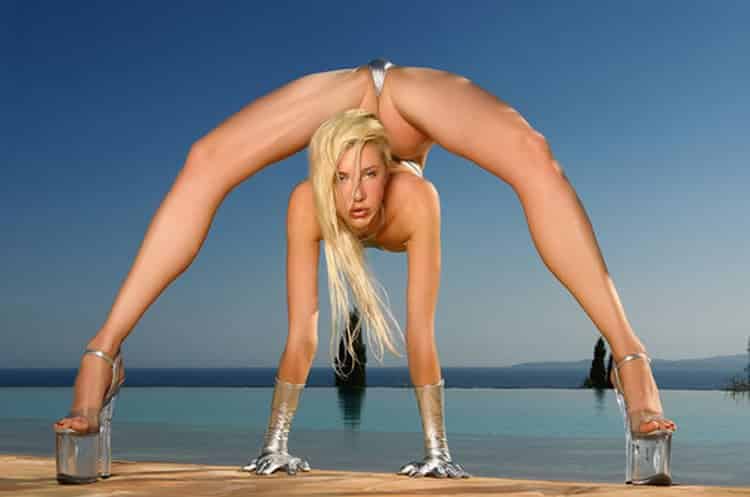 Discovery Channel made a feature about Zlata’s amazing ability. In the segment, doctors revealed that the 31-year old’s ligaments are as flexible as an infant’s!

Check out the video here: