The famous city of Tokyo in Japan is known for its rich culture as well as its quirky attractions. A walk down its streets will expose you to the crazy side of Japan including their eccentric cosplay fashion, bizarre restaurants, and dancing robots.

An elderly man with a very huge African spurred tortoise also known as sulcata tortoise has made the city even more interesting.

Several Tokyo residents have spotted the old man walking his giant tortoise through the streets of Tsukishima. By the looks of it, he must have lot of patience to be able to do that for obvious reasons. 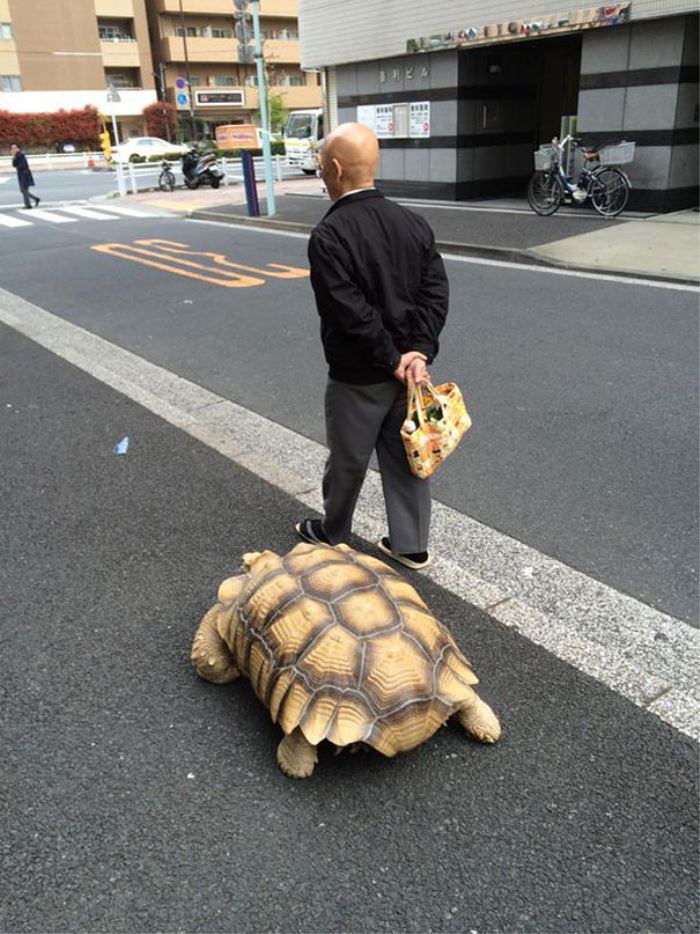 Some local people claimed seeing the cute pair walking in Ginza, which is relatively far from Tsukishima. I’m not sure how long it took them to get there.

One thing’s for sure, they’re certainly not in a hurry.

Of course, the elderly man had to dress his pet in silly but cute outfit to mix with the city’s peculiar culture. 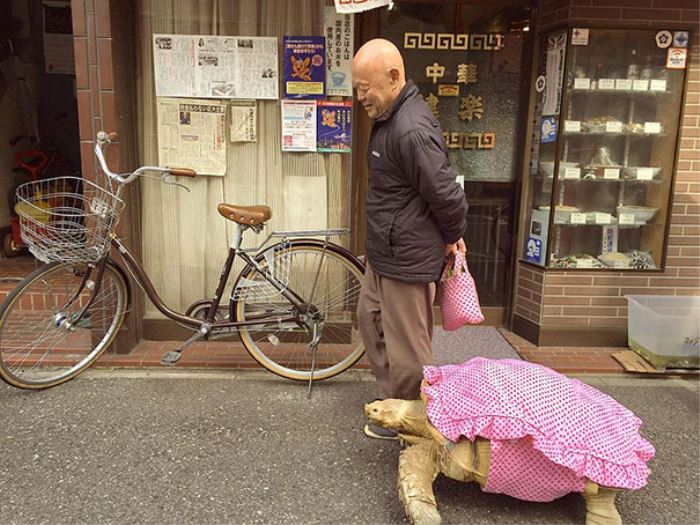 One owner of the African spurred tortoise even commented that the two must have been together for several years to have such kind of relationship, wherein the pet faithfully follows its master. 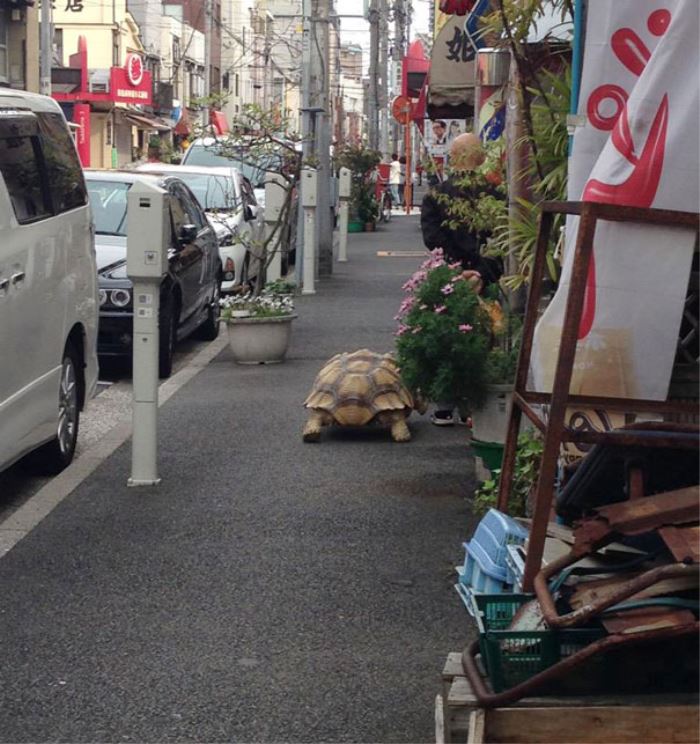 They sure have a very long way to go!