A freshwater pearl once owned by Catherine the Great was sold for an astounding $374,000 on May 31, 2018. The auction was done by the Amsterdam Pearl Society and was held at The Hague.

Considered as the world’s largest pearl, the “Sleeping Lion” (noting its unusual shape) weighs 5.4 ounces and is 2.75 inches in length. According to the Venduehuis auction house catalogue, it was sold below its estimated value, which was was between $397,000 and $630,000.

The unusual shape is responsible for the pearl’s name. 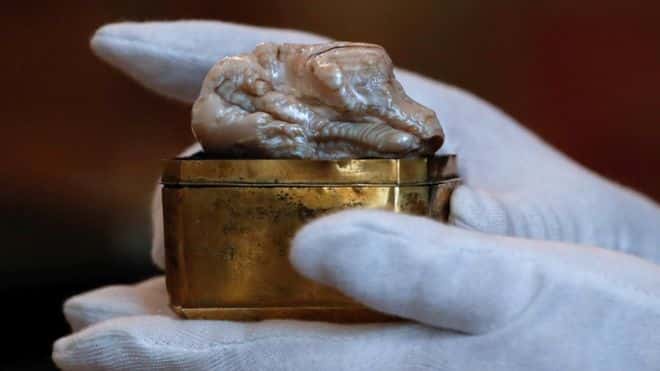 It was classified as a blister pearl, also known as half-pearl. It’s a type of pearl which formed while still attached to the inner surface of a mollusk’s shell. Pearls usually grow within the oyster’s tissue. According to Pure Pearls, blister pearls “can be grown in Akoya, South Sea, Tahitian and Freshwater mollusks, however the most popular varieties to use are the Ptera sterna, Ptera penguin and Pinctada maxima mollusks.”

The Sleeping Lion was bought by a Japanese trader, according to an Agence France-Presse report. It comes with its own custom-made brass case.

The pearl was believed to have formed in China between 1700 and 1760. It was found in the Southeast, most likely in the Pearl River, during the Qing Dynasty. During that time, Emperor Qianlong banned the exportation of large pearls, but somehow the Sleeping Lion was shipped to Europe via the Dutch Each India Company. Hendrik Coenraad Sander, an accountant for the company, became the first European owner of the prized pearl.

The pearl at the public viewing at The Hague. 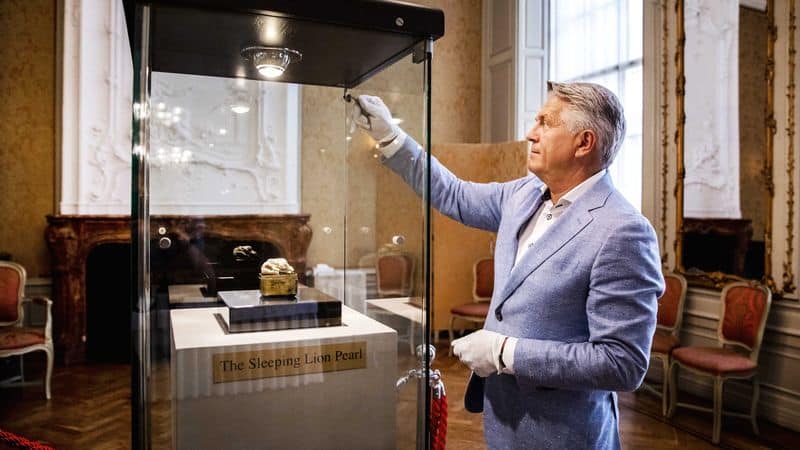 The Sleeping Lion was aunctioned off in Amsterdam in 1778 after Sander’s death. It was acquired by the Russian empress Catherine the Great. She placed the pearl at the Hermitage Museum in St. Petersburg, where it was available for public viewing until 1796.

Catherine the Great was the pearl’s most famous owner. 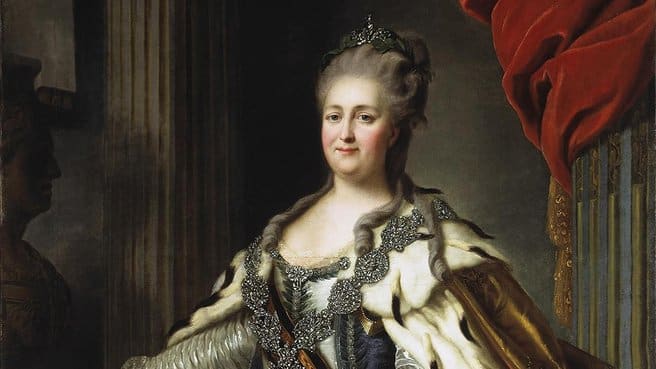 The next owner was Lodewijk Willem van Kooten, a goldsmith working for the Italian court jeweler Catellani. He purchased the pearl in 1865 and brought it to Amsterdam after a couple of years.

It was in 1979 when the Amsterdam Pearl Society finally got its hands on the Sleeping Lion.