24-year old Anneka Bading was having fun swimming at MacKenzie Falls in the Grampians National Park, west of Melbourne, Australia. She was with her two friends and was filming herself using her GoPro when something tragic happened – a Taiwanese man was drowning while his friends desperately tries to save him. It was all caught on camera.

Bading was swimming near the Taiwanese man and his friends, who were sitting on a rock near the waterfall. Her back was turned to them and she was using her GoPro to take a video.

Seconds later, she and her friends heard the men screaming, and they saw the Taiwanese man drowning. 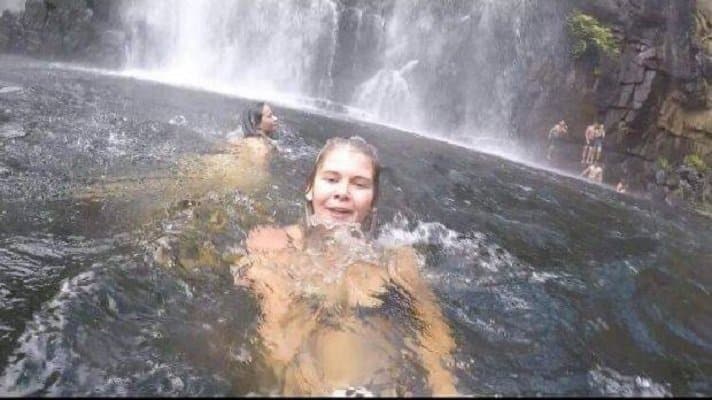 A female friend of the drowning man grabbed Bading’s GoPro stick, which made her realize that the man was in danger. They grabbed their phones and attempted to raise call for help.

“I got out of the water and tried to call triple zero, asking everyone if they had service. Not one person had service,” said Bading.

“Everyone didn’t know what to do and we couldn’t understand [the victim’s friends]. My legs were shaking when I knew what was going on but no one knew what to do.”

There were about 40 other people in the area during that time, including an off-duty lifeguard. 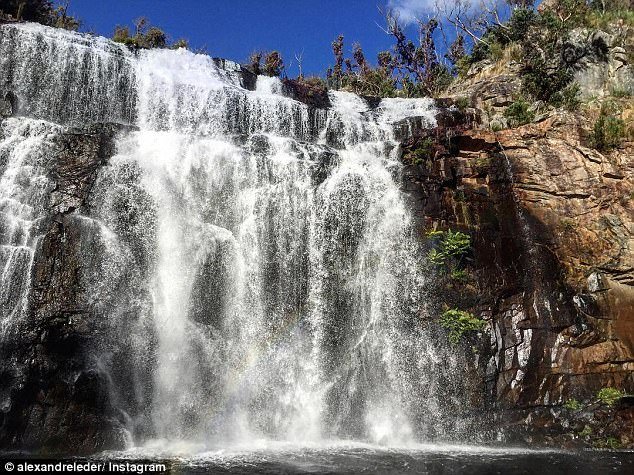 He jumped in the water and tried to save the man, but the pressure from the water was too strong.

Meanwhile, Bading had to run a kilometer to the carpark, where she got into the vehicle and drove for another 10 minutes just to get phone service.