An 18th century woman named Mary Toft shocked all of the English countryside of Godalming, Surrey in 1726 after she gave birth to a multitude of…bunnies!

Yes, rabbits! Apparently, Mistress Toft eschewed the traditional pulling-a-rabbit-out-a-hat trick, and decided to pull not only one….but several…out of her baby-hole.

Mary Toft and one of her…children. 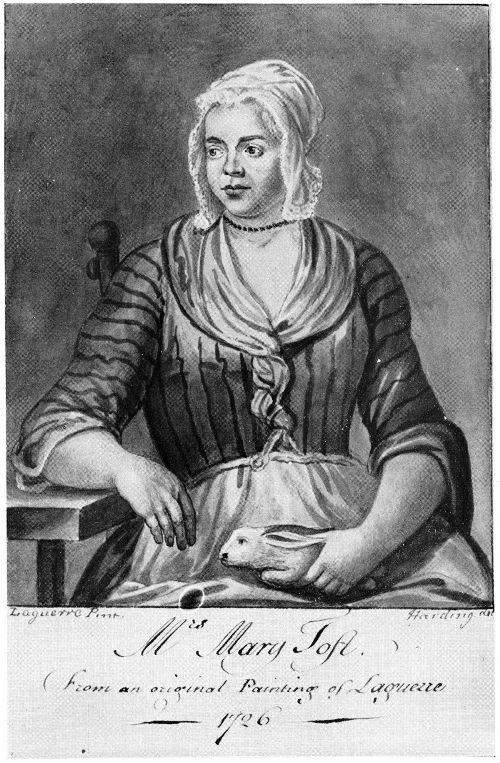 The story began when a pregnant Toft, who was working in the fields with other women in her community, sighted a rabbit bounding from the undergrowth, and was filled with such longing for the furry, little creature, she could not think of anything but rabbits.

A month later, she was delivered of a strange creature resembling a rabbit, but with its heart and lungs outside its body. It so alarmed her midwife, who immediately informed surgeon and man-midwife, John Howard.

Initially skeptical, Howard examined Toft, and was shocked when the peasant women expelled a creature from her body made up of several animal parts, including the legs and guts of a cat, one leg of a rabbit, and the backbone of an eel.

Fourteen days later, she delivered even more, this time full, perfectly-formed rabbits, bringing forth a total of six rabbits into the world, all of which were either dead, or died soon after delivery. 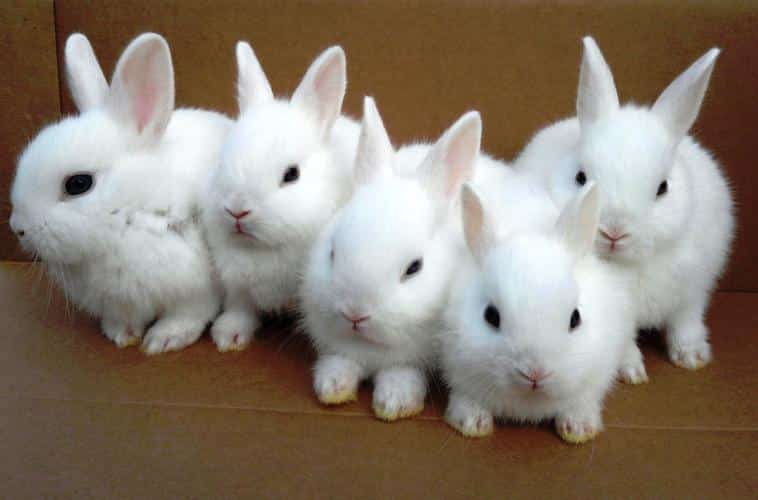 Her case took the countryside by storm, and news spread far and wide until a member of King George I’s court, Henry Davenant, took it upon himself to look into the matter.

Howard, who had taken over the guardianship of Mistress Toft, had moved her to the larger town of Guilford, and offered anyone the chance to see Toft deliver a rabbit, or rabbit parts on demand, effectively making her a carnival freak of sorts. 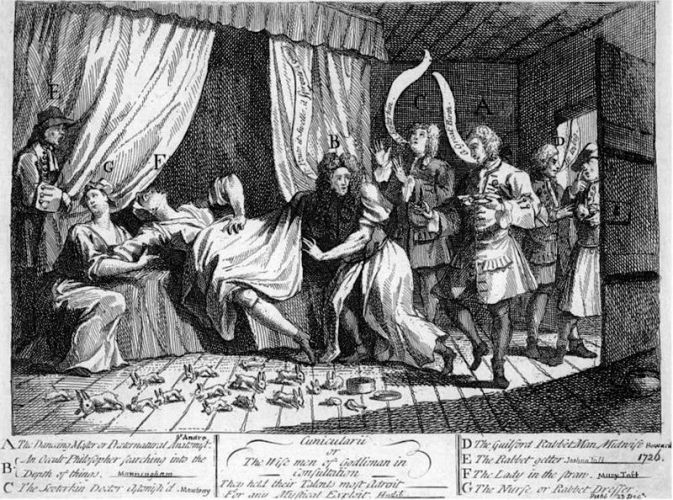 Eventually even the entire Royal Family of England heard of Toft’s strange story, and the king himself sent his own royal physician to examine her. Suspecting a hoax, royal surgeon, Cyriacuse Ahlers examined Toft and did not see any signs of pregnancy.

Ahlers further took with him the alleged birthed rabbit parts to examine more closely, and found the cut portions appeared to have been sliced by man-made instruments. He further found straw and grains in the rabbits’ droppings.

Toft was immediately placed under study by the country’s most imminent medical professionals, and a hoax was uncovered after a bribed porter was caught trying to sneak a rabbit into her chambers.

It later turned out she had a miscarriage earlier in her actual pregnancy, and sought to fill in the void by filling her cervix as much as she was able, with rabbit and other animal parts, which her body then eventually expelled.

So it was a hoax. Thought so… 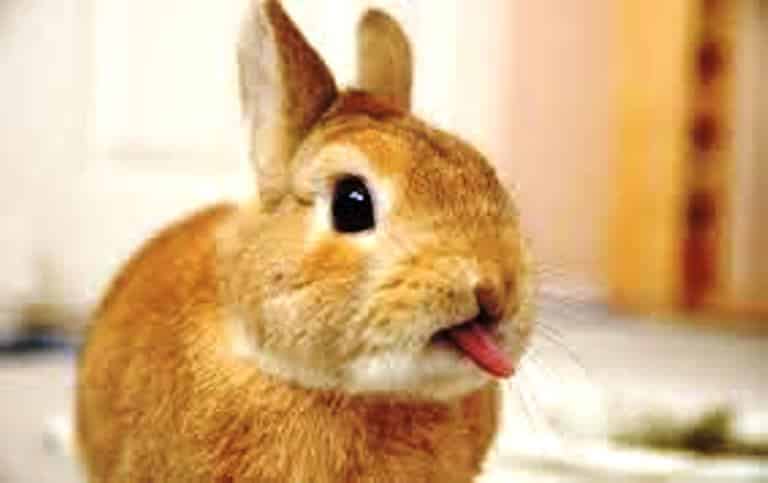 Not only was the medical profession of the period made subject of such mockery for having been made fools of, it gave an inkling about the depression and anxiety experienced by women who have lost their unborn children, which can descend to the point of mental illness.